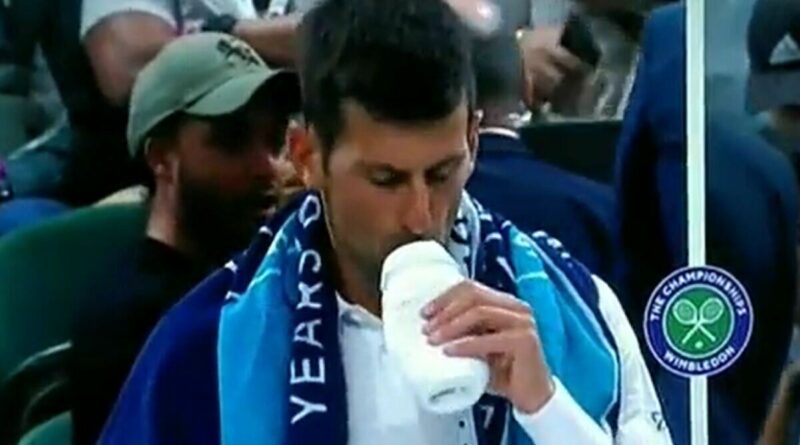 Tennis fans have been given an explanation after Novak Djokovic appeared to inhale from his drinks bottle after seeking approval from his team while on court at Wimbledon. The number one seed evidently had to call on multiple sources of energy to battle past Tim van Rijthoven on Sunday, setting up a date with Jannik Sinner which he also won.

Djokovic sparked confusion by signalling towards his team while on court with Van Rijthoven, before sharply inhaling from his drinks bottle. Some were suspicious at the unusual mid-match development, but it has since been explained as an unmixed energy supplement or isotonic powder.

“A lot of players have started eating powder, even pre-workout isotonic powder,” a source explained to The Telegraph. “They’ve started eating it without water. It’s mainly pre-workout stuff because it gives them a buzz. I imagine it’s disgusting in the throat. It’s weird, but it is what they are doing.”

Such supplements can help to keep energy levels high during intense competition, but they are normally mixed with water. It is common to see tennis stars consuming drinks and snacks during a contest, but inhaling the powder on its own seems to be a relatively new phenomenon.

DON’T MISS: Emma Raducanu slammed by fans over message she sent to Nick Kyrgios at Wimbledon 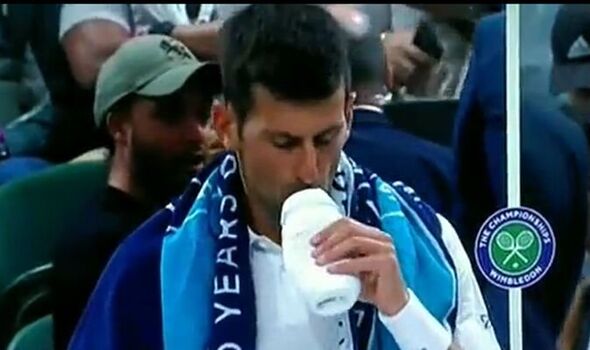 The Serb had to find an extra gear against Van Rijthoven after the unseeded Dutchman pulled it back to one set apiece, but he emphatically closed out the final two sets to win 6-2 4-6 6-1 6-2.

Another brutal challenge lay on the horizon for Djokovic, with 10th seed Sinner wasting no time in taking a two-set lead on Tuesday. The 20-time Grand Slam champion looked to be in big trouble, before he found some momentum and racked up each of the final three sets.

Djokovic must now face home favourite Cameron Norrie for a place in this year’s Wimbledon final. There are daunting aspects for both players, with Centre Court sure to be cheering relentlessly for the Brit who, at least on paper, could be found out against the 35-year-old.

Norrie is therefore aiming to beat the odds on Thursday in what is already his deepest Grand Slam run, but two-time Wimbledon champ Andy Murray has backed his compatriot to pull it off. 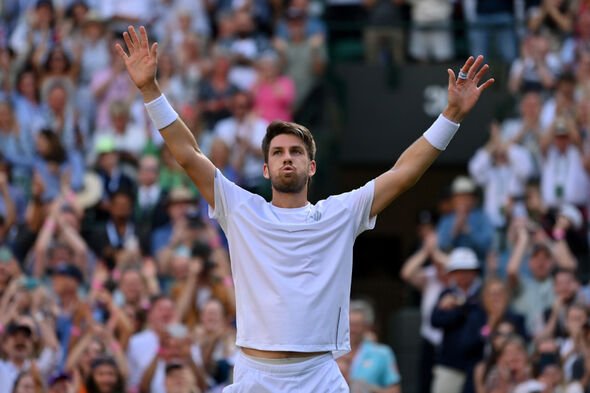 “We’ve seen some stuff in tennis over the last few years that no one expected, like with Emma [Raducanu, winning the US Open],” he told Standard Sport. “Novak had a very tough match against Jannik Sinner which I don’t think many were expecting.

“He came through it but it was tight and Cam is right up there with guys like Sinner right now in terms of ranking and results. It’s going to be close. It’s an unbelievably difficult obstacle. Novak has won here six times, been in the final multiple times, I don’t think he’s lost here since 2017 and he was injured there, as well.

“It is an unbelievably difficult ask but the thing that you can guarantee with Cam is he will give himself the best opportunity to win because he will fight for every single point, he’s going to compete extremely hard and he doesn’t make it easy for anyone.”