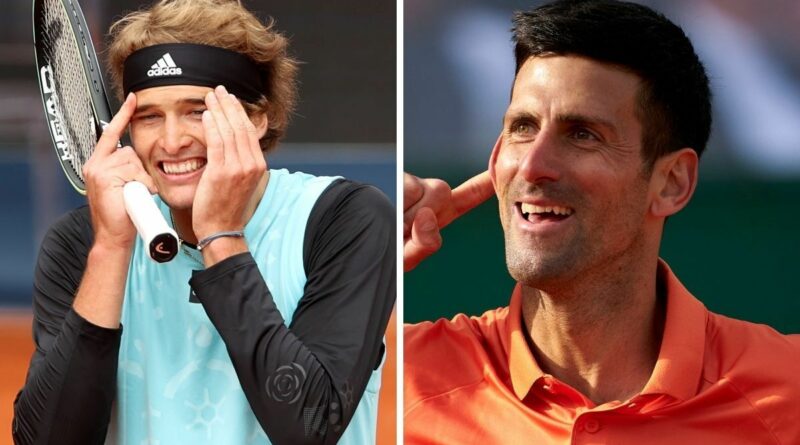 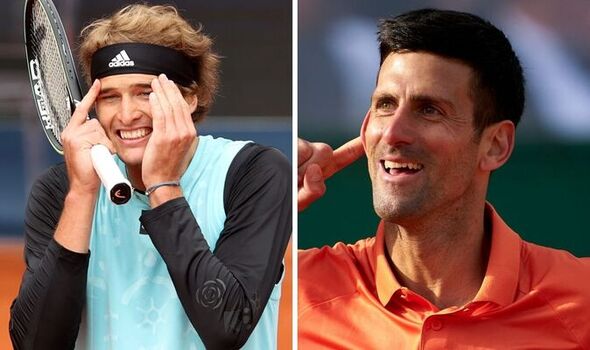 Novak Djokovic feels for Alexander Zverev after the world No 3 lashed out at the ATP for the timing of his semi-final at the Madrid Open last week. Zverev progressed to the Masters 1000 final to face Carlos Alcaraz last Sunday, but was no match for the in-form Spaniard.

Zverev was full of praise for Alcaraz during his on-court interview after the match, but his attitude changed in his post-match press conference. The 25-year-old had several matches during the week not finish until the small hours of the morning.

And his semi-final match against Stefanos Tsitsipas followed the same path with Zverev stating he didn’t go to bed until “5.20am”. Zverev said: “One thing I have to say is that the ATP’s job was an absolute disgrace this week.

“You know, if any normal person goes to bed one night at 4am, the next night at 5am, it will be a tough time just to be awake for them. And for me to play a final against Carlos Alcaraz, who for me is the best player in the world right now, in a Masters 1000 event, the next day, it is difficult.

JUST IN: Djokovic called out for ‘too many breaks’ as French Open fears emerge

“Today on court, I’m a little bit angry, I would say, because I had no coordination on my serve nor my groundstrokes. I missed two overheads that were super easy because I see the ball, and everything is moving in my eyes.”

Djokovic was often involved in discussions with the ATP to change the format of some tournaments and one “issue” he claims continually came up was about the late matches. But the world No 1 admits he was also frustrated in those talks during his role as President of the Player’s Council.

“You cannot end your semi final match at 1am and play the final the following day,” Djokovic said. “I understand that they want to sell more tickets by scheduling a night session on Saturday, but it may cause problems.

“The organisers should talk to players before making this kind of decisions. When I was the President of the Player’s Council several years ago, I tried to solve this issue. But still, nothing changed.”