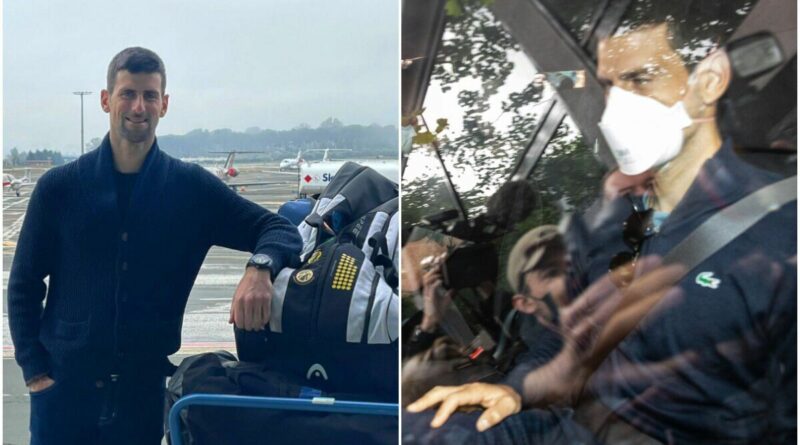 Novak Djokovic reacts to his media coverage in February

Tennis icon Novak Djokovic is no stranger to making headlines Down Under, largely owing to the fact he’s won the Australian Open a record nine times. But the Serb was painted in a much more negative light when he travelled to Melbourne in 2022 with the vision of defending his crown.

Thursday (Jan. 5) marks the 12-month anniversary of the unvaccinated star’s illegal arrival on Australian soil and the beginning of 12 days of chaos that made global news. For all the uncertainty surrounding his vaccination status and whether he would be permitted to participate in Melbourne, the veteran took it upon himself to make things ‘official’.

“I’ve spent fantastic quality time with my loved ones over the break and today I’m heading Down Under with an exemption permission,” Djokovic posted on Instagram on January 4, pictured at an airfield with all his baggage. Despite apparent assurances from Tennis Australia that he would be cleared to enter the country with a ‘medical exemption’, the player was promptly detained by Australia’s Border Force and had his travel visa torn up upon arrival.

The basis upon which Djokovic—who has long voiced his opposition to vaccines—was told he would be exempt was due to the fact he had contracted Covid-19 in the six months leading up to the tournament. However, it later emerged the Australia’s Department of Health had contacted Tennis Australia chief Craig Tiley as far back as November 2021 to inform him all players needed to be vaccinated and that Djokovic’s grounds for exemption would not be sufficient.

Border Force officials also took umbrage with the fact ‘Nole’—or at least a member of his team—had effectively lied on his visa application. There, it was stated he had not been in any countries except his native Serbia in the 14 days prior to his arrival, but images showed Djokovic had spent time training in Marbella, Spain, days before he travelled to Melbourne.

What followed was more than a week of uncertainty as Djokovic and his lawyers attempted to appeal the decisions to deny his medical exemption and revoke his visa. The 35-year-old was held in a detention hotel for five days until his release on January 10, when the Federal Circuit and Family Court ruled Australia’s government had treated Djokovic unfairly by not allowing him enough time to contact his legal team upon arrival at Tullamarine Airport.

It was during this period that question marks also arose over the validity of Djokovic’s ‘negative’ PCR test from mid-December. Namely, a QR code on the test result linking back to the Serb government indicated that result may have been falsified, presumably in order to allow him to travel to Melbourne without attracting negative attention.

Although Djokovic was ‘free’ in the sense that he could train at Rod Laver Arena and stay in more standard quarantine accommodation, his future remained uncertain. That was until Alex Hawke, Australia’s then-Minister for Immigration, ruled his visa would indeed be cancelled as “it was in the public interest to do so.”

An unsuccessful appeal over the decision lasted two days before the Federal Court dismissed the review attempt, rubber-stamping Djokovic’s expulsion from Australia on January 16, 2022. The “extremely disappointed” superstar flew out of the country that same day—24 hours before the Australian Open got underway—at which point lucky loser Salvatore Caruso took his place in the draw.

Twelve months on and Australia’s perception of unvaccinated athletes has altered drastically, with far less controversy associated with Djokovic’s participation on this occasion. Needless to say Nole has a score to settle as he sets to righting the record Down Under, desperate to bounce back in a big way following one of the most difficult years of his career. 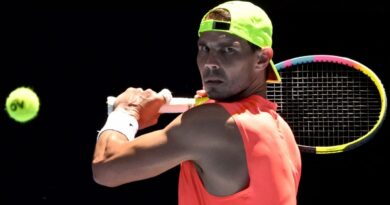