There were some in the cognoscenti that felt Stefanos Tsitsipas could break through the glass ceiling and reach the French Open final on Friday night and they were almost proven right under the lights in Paris.

In the end the 22-year-old Greek ran out of steam against Novak Djokovic having fought back from two sets down to take it the distance in a brutal four-hour encounter inside a fervent Philippe Chatrier. 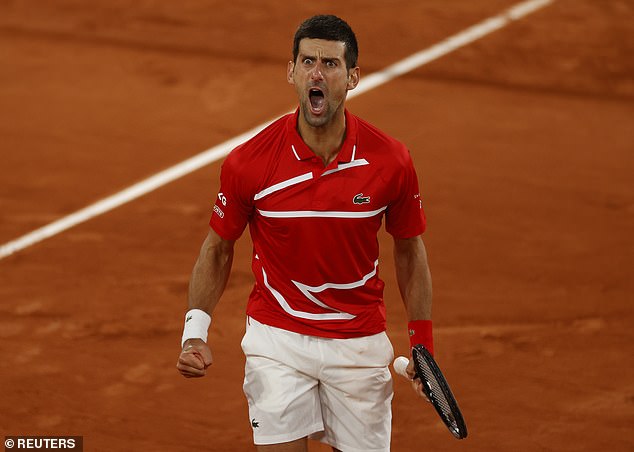 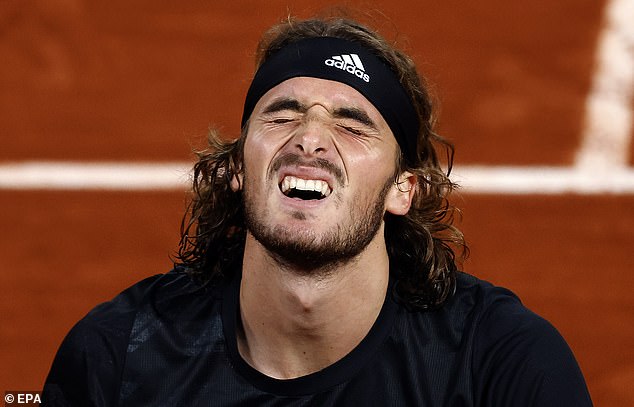 Djokovic, 33, has one French Open title to his name, winning here in 2016 but for Nadal, he is chasing a 13th win at Roland Garros which would take his Grand Slam total level with Roger Federer’s 20.

Tsitsipas could barely shift his feet in the closing stages and it was a brutal reminder of the physical demands required to overcome Djokovic and the Greek will be stronger for this experience.

Djokovic could afford to smile at the end as he stood on court with his bag slung over his shoulder for his post match interview. The question now is what does he have left for Nadal come Sunday? 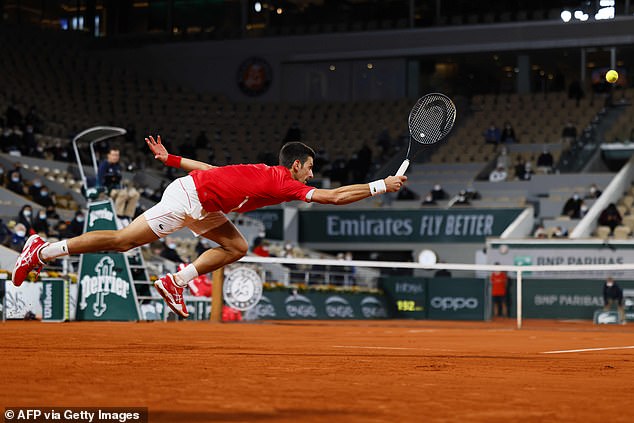 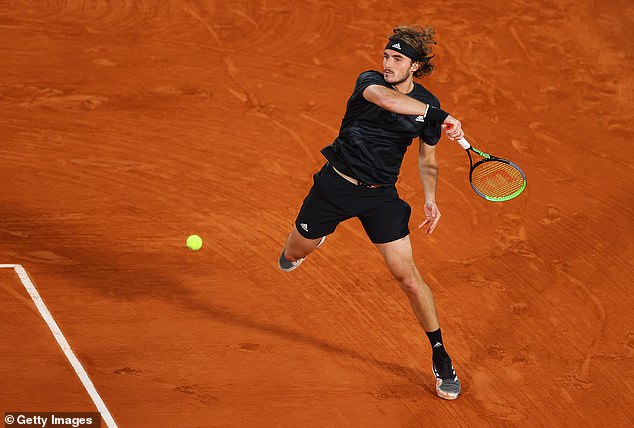 ‘Stefanos is a great player but after four hours he was tired,’ Djokovic said.

‘You have to give him a lot of credit for this match.

‘Of course I have lot of motivation to win on Sunday but this is the house of Rafa because he has won so many times here.

‘I will need to play my best tennis because it is probably the highest challenge, to play Rafa on clay at Roland Garros.’

Nadal had no such struggles earlier on Friday when he dismantled Diego Schwartzman in straight sets.

It is Nadal’s 13th final at Roland Garros and he has won each of the previous 12. But Djokovic has not been beaten by an opponent in this disrupted 2020 season.

As the two greats of the game collide, something has to give. 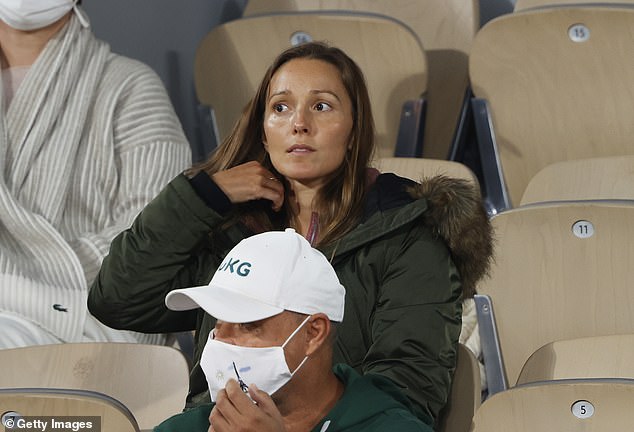 Jelena Djokovic, wife of Novak, was left with a nervous watch as her husband steadied himself 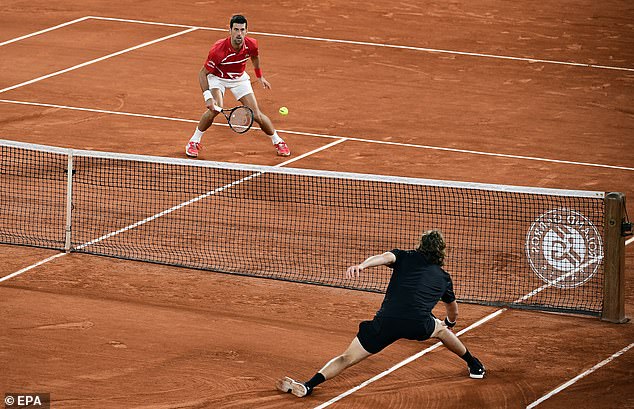