Djokovic arrives back In Serbia after deportation from Australia

Novak Djokovic’s absence from this year’s Australian Open has been labelled ‘disappointing’ by former footballer Geremi. The retired Cameroon star won two Premier League titles during his playing days. But he’s admitted he’s a big fan of tennis and was more than happy to open up on the sport’s recent controversies.

Djokovic jetted out to Australia believing he’d secured a medical exemption that would allow him to take part, with the Serb yet to take the coronavirus vaccine.

But the world No 1 was then forced to quarantine and, despite being given the green light by a federal judge, has since been deported.

It’s left an ugly scar on tennis, with the sport making the headlines for all the wrong reasons.

Djokovic, for his part, has insisted he respects the decision not to let him play even if it denies him the chance to win a 21st Grand Slam.

And former footballer Geremi, who previously admitted he was a huge fan of the sport, believes the world No 1 has been ‘unfortunate’ while labelling his absence from the competition as ‘disappointing’.

“Now, personally, every person has his own idea,” he told Express Sport via Freebets.com.

“It’s very strange but I respect the point of view of Djokovic.

“But unfortunately, he’s the No 1 of tennis players, it’s unfortunate what is happening to him because he will lose, if he’s not playing, the Grand Slam [record] which is not good for his career.

“It’s disappointing. But again I respect the point of view of every person, he has his own words, he has some arguments and reasons why he’s behaved like that.

“So I respect that.

“I’m just disappointed he’s not playing in the Australian Open.”

Djokovic said in the aftermath of the decision to deport him that he’s now be taking some time to rest and recuperate from the whole ordeal.

“I’d like to make a brief statement to address the outcomes of today’s Court hearing,” he said.

“I will now be taking some time to rest and to recuperate, before making any further comments beyond this.

“I am extremely disappointed with the Court ruling to dismiss my application for judicial review of the Minister’s decision to cancel my visa, which means I cannot stay in Australia and participate in the Australian Open.

“I respect the Court’s ruling and I will cooperate with the relevant authorities in relation to my departure from the country.

“I am uncomfortable that the focus of the past weeks has been on me and I hope that we can all now focus on the game and tournament I love.

“I would like to wish the players, tournament officials, staff, volunteers and fans all the best for the tournament.

“Finally, I would like to thank my family, friends, team, supporters, fans and my fellow Serbians for your continued support. You have all been a great source of strength to me.”

Boris Becker coached Djokovic for three years between 2013 and 2016.

And the German feels it’s now time for the 36-year-old to get jabbed, insisting it will only harm his career if he doesn’t.

“Life would be easier for him and anyone else who gets vaccinated.

“I think we all are, but the world is divided and he is the most famous of the anti-vaxxers. I’m sure the French Open has watched this saga; I’m sure Wimbledon has watched it.

“Let’s see, but the government restrictions will be there in May and June, I’m sure.

“Let’s see what Novak does. The way out, the easiest thing for him, would be to get vaccinated.

“It’s tough to get your head around it, how much paperwork you have to do to play a tennis tournament.

“It is tough enough to win a tennis tournament. Now his struggle is to get the right documents in order to participate in one.

“It’s crazy the world we live in, but that is the way it is. I think we have all had two years to accept it, and there is no other choice.” 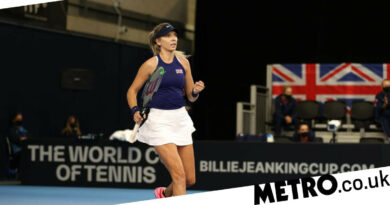 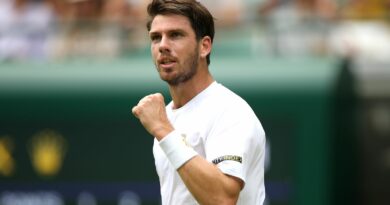