Novak Djokovic celebrated his return to the summit of world tennis with a stroll into the quarter-finals at the Paris Masters, as outclassed Damir Dzumhur had to retire with injury in the second set of their third round clash on Thursday.

The Serb, who learned on Wednesday that he would be back as world No 1 following Rafa Nadal’s withdrawal from the tournament through injury, was leading 6-1, 2-1 when the Bosnian submitted to a back problem that had flared up in the first set.

Djokovic extended his winning streak to 20 straight matches and equaled a personal record of 29 consecutive completed sets won, as he maintained the remarkable spell of form that has seen him rise from No 22 in June to the top of the game again. 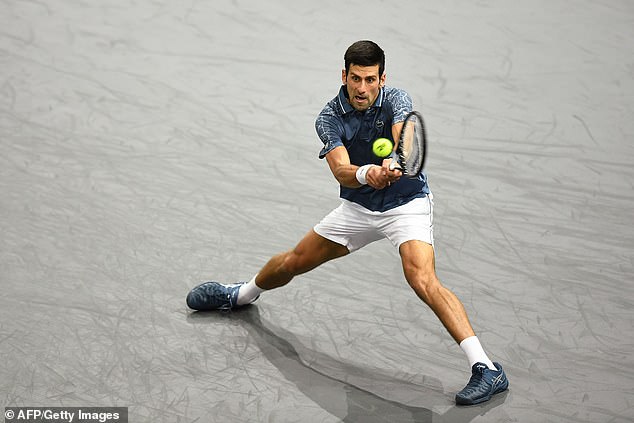 Dzumhur, committed and courageous on the Bercy arena’s central court, suffered a tweak to his lower back when 4-1 down in the opening set.

Clearly in pain, he battled on in an 11-minute sixth game which eventually saw him broken for a second time and, though he continued after receiving physio treatment in a time-out and taking pain-killers, there was no way back.

Djokovic, looking in much sharper form than his opening match against Joao Sousa, took the set in 39 minutes and, once he had earned an inevitable break for 2-1, consoled the Bosnian, who told him at the net that he was in no shape to continue.

Seeking a record-equaling 33rd Masters and record-extending fifth Paris title, Djokovic will face a much more challenging test in the last eight against Marin Cilic, who had earlier looked in strikingly good form when beating Grigor Dimitrov 7-6, 6-4. 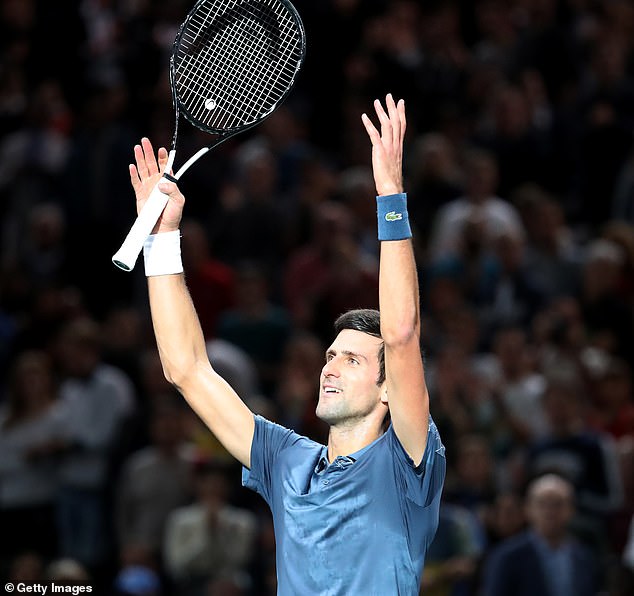 Djokovic outclassed Damir Dzumhur before the Bosnian retired hurt with the score 6-1, 2-1 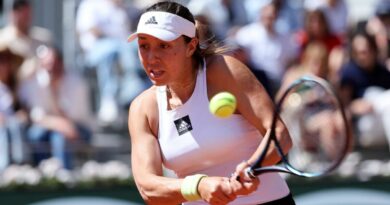