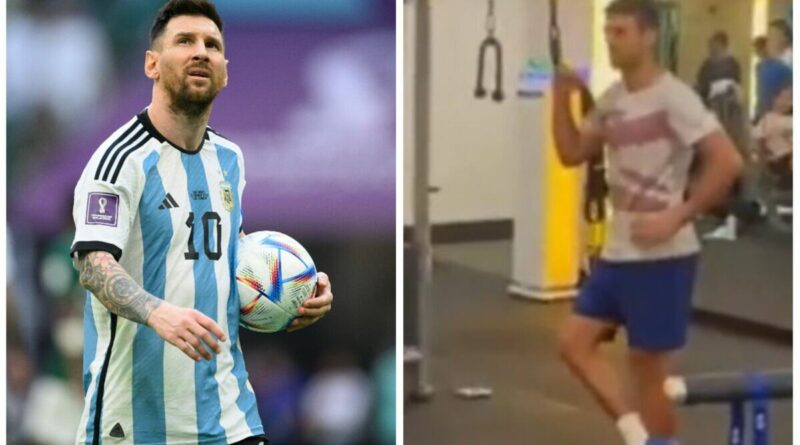 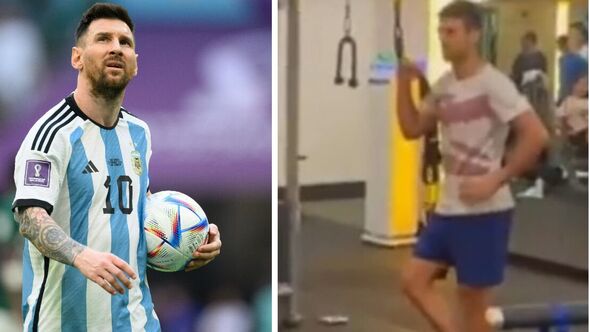 Novak Djokovic took inspiration from Lionel Messi as he mocked Argentine rival Diego Schwartzman ahead of Monday’s Australian Open. The 21-time Grand Slam winner was in the gym ahead of next week’s tournament when Schwartzman past him and the Serbian couldn’t help himself but make a sly joke.

Television channel El Chiringuito TV captured the moment when Djokovic says in Spanish: “What do you look silly at? Go there”. The station posted the clip on social media with the comment: “Djokovic, in the purest Leo Messi style with Diego Schwartzman.”

His comments were inspired by football great Messi who led Argentina to victory at last month’s World Cup final – which Djokovic attended. After his country’s quarter-final victory over the Netherlands on penalties Messi was involved in a heated exchange with one of the opposition’s camp.

Argentina won the bad tempered match on penalties following a 2-2 draw after extra-time in which referee Mateu Lahoz handed out 16 yellow cards and one red. In the aftermath Messi was about to be interviewed about the win when he was involved in a heated moment.

Messi was speaking in Spanish when he said: “What are you looking at? Go ahead, stupid.” The reporter told him “Calm down, Leo”, before the interview finally got underway. Djokovic was in Qatar for the World Cup final before heading to Australia just 12 months after being deported following a huge saga about his visa.

The 35-year-old’s ban was lifted, allowing him to enter the country and compete at the first Grand Slam of the year. The Serbian has already got off to a good start on Aussie soil by winning his 92nd career title at the Adelaide International last week.

Ahead of next week’s tournament Djokovic has opened up about the visa saga which erupted last year when the Serbian said he was painted “villain of the world”. The nine-time Australian Open winner is unsure what reception he will get at Melbourne Park when the tournament begins.

“I really hope that the crowd will be receiving me well I guess,” he told 9 News. “And that’s something that I can’t predict, that I don’t know. I obviously wish for the positive reception but it’s in their hands.” 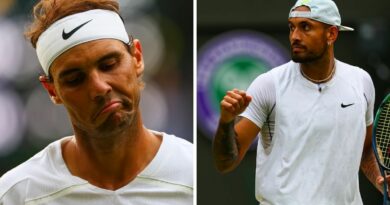