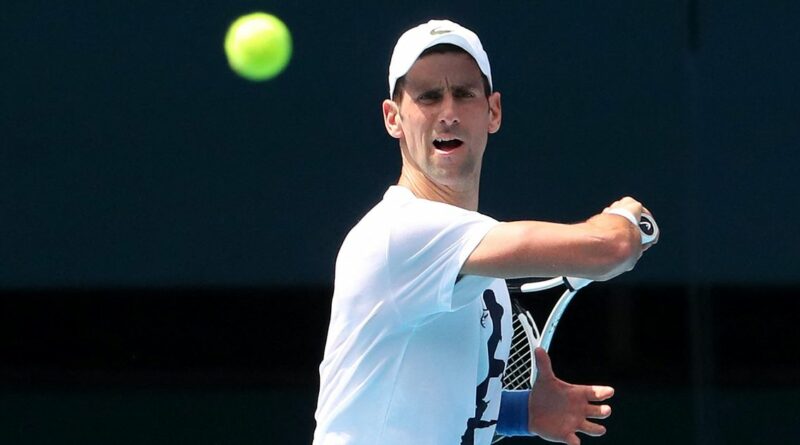 World number one Novak Djokovic could face time in prison over suggestions he lied on his travel forms to gain entry into Australia.

The Australian Border Force is investigating Djokovic following concerns he incorrectly declared he had not travelled – and would not do so for two weeks – prior to his flight to Australia.

The declaration is accompanied with a warning that giving false or misleading information is a ‘serious offence’, also punishable by civil penalties. Furthermore, it says: “If convicted, the maximum penalty is imprisonment for 12 months.”

Social media posts appear to show the Serb in Belgrade on Christmas Day – with Djokovic posing for a photo with handball star Peter Djordjic – before flying Down Under from Spain, where he was seen playing football with his brother, on January 4.

In his Australian traveller declaration filed on January 1, Djokovic declared ‘no’ when asked: “Have you travelled or will you travel in the 14 days prior to your flight to Australia?”

According to his sworn affidavit, Djokovic left Spain on January 4 and had a stopover in Dubai before landing in Melbourne late on the night of January 5.

This means Djokovic would have had to be in Spain from 1.30pm Spanish time to comply with the rules not to travel within two weeks of arriving in Australia – but the images of him in Belgrade are concerning.

Djokovic arrived in Australia to compete in the opening grand slam of the season only for border guards to reject his documents and place him in detention.

Officials ruled the 34-year-old did not meet the exemption criteria whereby all non-Australians had to be fully vaccinated against Covid.

Following the Serb’s successful appeal on Monday, the Australian government agreed to revoke their decision to cancel his visa.

However, Djokovic’s fate will be decided by immigration minister Alex Hawke, who can personally intervene and decide to cancel his visa anyway – which would see Djokovic banned from Australia for three years.

A spokesperson for Hawke said the minister was still considering whether to exercise his power to cancel Djokovic’s visa: “In line with due process, minister Hawke will thoroughly consider the matter.”

Hawke would have to be satisfied with the grounds for cancellation of Djokovic’s visa, such as a threat to public safety, and that cancellation was in the public interest.

Such a decision would likely be met by a legal challenge from Djokovic, as well as a request for an injunction to stay out of immigration detention so that he could play in the Australian Open.

Djokovic is eyeing a record 10th Australian Open title, while he could move clear of Roger Federer and Rafael Nadal on 20 Grand Slam wins – the most men’s major singles title in history.

After his successful appeal, Djokovic returned to training in Melbourne, with doors locked and only his support team allowed to accompany him at the Rod Laver Arena.

Australian Open qualifying began on January 10, with the full tournament kicking off a week later and concluding on January 30. 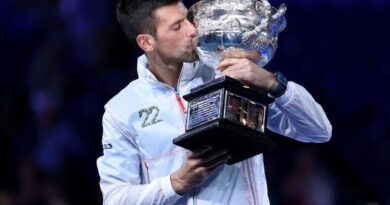 Novak Djokovic, Rafael Nadal and the race for grand slam No 23 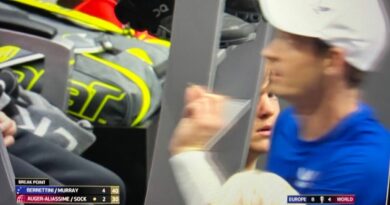