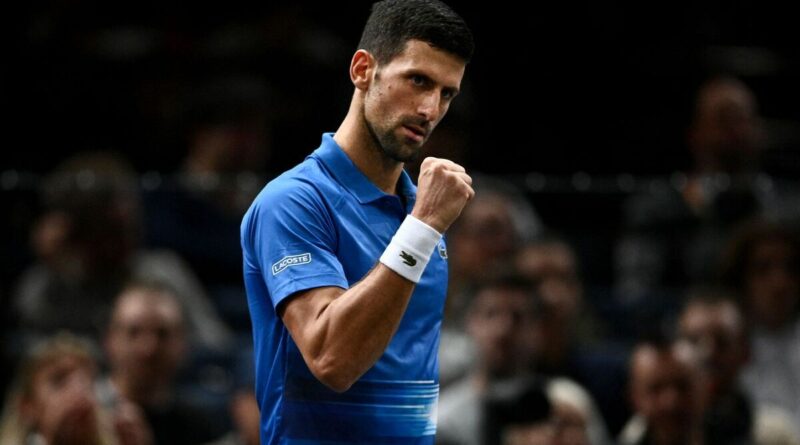 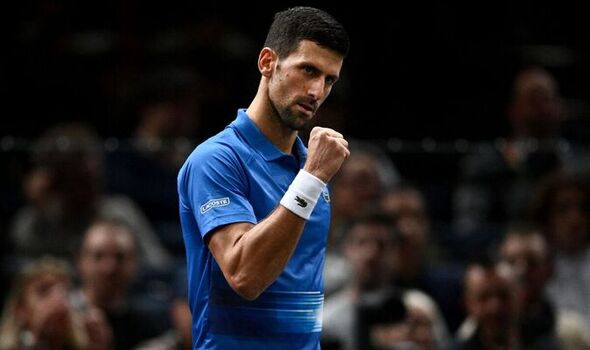 Novak Djokovic demolished Lorenzo Musetti at the Paris Masters on Friday to book his spot in his eighth semi-final at the tournament. The defending champion had a brief wobble in the second set as he went a break down and fumed at his box but needed just 73 minutes to get past world No 23 6-0 6-3, in a huge statement to the rest of the field.

Djokovic was facing Musetti in a rematch of his first match of the season at the Dubai Championships in February, where he defeated the Italian 6-3 6-3. Coming to the end of what has been a year like no other for the Serb, he found himself coming up against the 20-year-old once again for a spot in the Paris Masters semi-final.

Musetti had risen 35 spots since his last meeting with the world No 7 and won two titles but he was still no match for the Serb, who got off to a very fast start and broke in the Italian’s first service game of the match. He continued to race through the set, dropping just one point on his serve and breaking the 20-year-old three times to lead 6-0 in 24 minutes.

Djokovic made it seven games in a row as he held to start the new set before Musetti finally got on the scoreboard after 38 minutes, earning a huge cheer from the crowd in Paris-Bercy as he drew level in the second at 1-1. Suddenly, momentum was with the young Italian as he managed to break the sixth seed out of nowhere and took a 2-1 lead.

It didn’t last long as the six-time former champion in Paris-Bercy was able to get straight back on serve, needing four break points before restoring order in the second set at 2-2. And Djokovic quickly regained his lead, breaking again to go 4-2 up and put himself within touching distance of the final.

Despite being in a comfortable position, the Serb began to grow frustrated as he fumed and shouted in the direction of his box as he found Musetti claiming more free points in his service games. But he and the Italian were able to trade service holds before he successfully closed out a 6-0 6-3 win, dropping just one game after getting broken.

It means Djokovic is through to yet another semi-final at what is his most successful Masters tournament, joint with the Miami Open. The world No 7 has six titles at each tournament but can make it seven in Paris-Bercy with two more victories, as he will take on either Stefanos Tsitsipas or Tommy Paul for a spot in the final.

The 35-year-old has never faced the American but leads his head-to-head with Tsitsipas by eight wins to two losses, with his two defeats coming within their first three encounters. He has since won their last seven meetings, including last month’s Astana Open final. 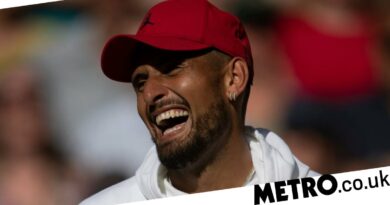