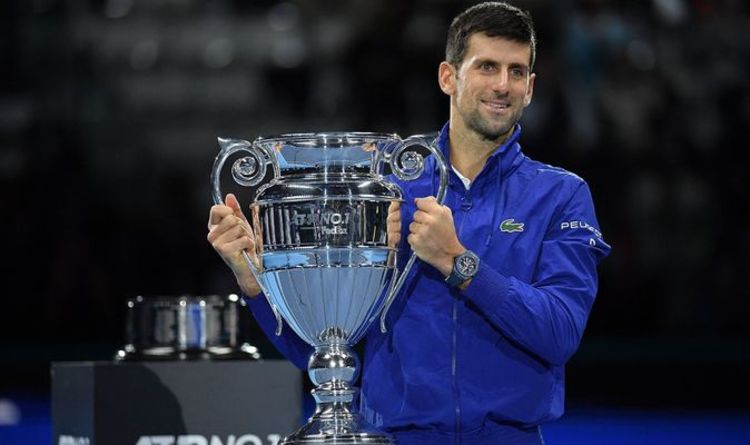 Novak Djokovic is eyeing a new record in his quest to cement himself as the best tennis player of all time. The Serb enjoyed a stunning 2021 season, winning three of the four Grand Slams and breaking multiple records in relation to his world No 1 ranking. However, he has a tough task ahead to overtake tennis legend Steffi Graf for his next accomplishment.

Djokovic was arguably the best male player of the 2021 season, winning three Grand Slam titles and making the final at the US Open, putting him within one match of being the first man in 52 years to win the Calendar Grand Slam.

He was joint-second for most titles won on the ATP Tour this year with five, including a record 37th Masters 1000 title in Paris-Bercy – surpassing the record of 36 he previously shared with Rafael Nadal – and secured a record seventh finish at year-end No 1 during the tournament.

The 34-year-old also broke two records around his world No 1 ranking, surpassing long-time rival Roger Federer to be first in the all-time list for most weeks at world No 1 on the ATP Tour back in March, with 311 weeks.

Djokovic has stayed at the top of the rankings ever since, and has reached another milestone by sitting in the world No 1 spot for a total of 350 weeks.

It means he has also surpassed two players on the WTA side – 23-time Grand Slam Serena Williams’ 319 weeks at world No 1, and retired legend Martina Navratilova’s 332 weeks.

Only one player in history now has more weeks than the Serb at the top spot – German tennis icon Steffi Graf.

The 22-time Major champion currently holds the record with 377 weeks at world No 1 and is also the only singles player to have achieved the Golden Slam, winning all four Grand Slams and Olympic Gold in the same year, a feat Djokovic had also been hoping to match this season.

In order for the 34-year-old to surpass Graf’s record weeks at world No 1, he would need to hold his position for another 28, which would take him up to post-Roland Garros in June 2022.

It will be a tough task for Djokovic to stay at the top for another 28 weeks though, as he is defending 4,000 points in Grand Slam titles alone before June 2022.

The world No 1 is also still in doubt to compete in January’s Australian Open, though has appeared to hint that he will be in Melbourne after putting himself down for the ATP Cup, kicking off in Sydney on January 1.

World No 2 Daniil Medvedev is hot on his heels, and while Djokovic has a 2,900-point lead on the Russian, he has more points to defend in the first half of the 2022 season.

The Serb can also only defend points for his Grand Slam titles, while Medvedev could gain 800 points if he were to win the Australian Open, and 1,640 if he can win the French, though clay is one of his weaker surfaces.

While Djokovic is currently on the ATP Cup entry list, if he later pulls out or does not compete in the Australian Open, he will drop his 2,000 points.

If Medvedev wins the title in his absence, he will then gain 2,800 points on the Serb as a result, and be right behind him in the rankings.

With King of Clay Rafael Nadal also set to make his comeback from injury, the Spaniard will be a heavy favourite at the French Open, where he is a 13-time champion.

It was Djokovic who eliminated him in the semi-final this year, but if Nadal wins the title and denies his rival the chance to defend, the world No 1 can only lose points. 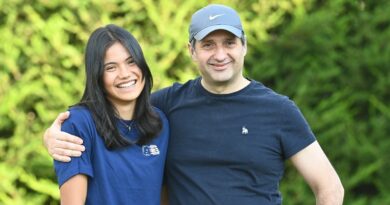