Novak Djokovic may have to pay a five-figure fine after his shouting match with chair umpire Damien Dumusois in the Australian Open final. Djokovic had taken the first set against Dominic Thiem to put him in prime position to win a record eighth title Down Under.

But things soon began to unravel in the second set with the umpire having to hand out time warnings to Djokovic after exceeding the shot clock on a number of occasions.

The world No 2 didn’t seem to appreciate the final call though, which resulted in him receiving a time violation where he lost his first serve.

After losing the game, Djokovic walked back to his seat but, before he sat down, he first had a few words with the umpire.

He sarcastically congratulated the umpire before tapping the official on the foot to make his point. 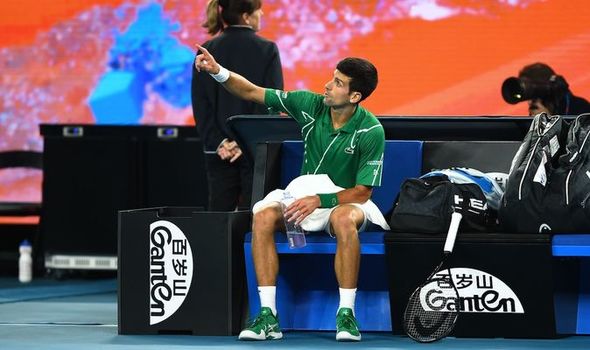 “Great job man. You made yourself famous, especially with that second one. Well done,” he said.

But it was the sarcastic tap on the umpire’s shoe which may land Djokovic in hot water with the sport’s governing body.

The official Grand Slam rule book states players are at no time allowed to physically “abuse any official, opponent, spectator or other person within the precincts of the tournament site.

If Djokovic’s encounter with the umpire in the 2020 Australian Open final is considered as “abuse” then he could be subject to a fine of up to $20,000.

“In addition, if such violation occurs during a match (including the warm- up), the player shall be penalised in accordance with the Point Penalty Schedule hereinafter set forth,”  the rules state.

“In circumstances that are flagrant and particularly injurious to the success of a tournament, or are singularly egregious, a single violation of this Section shall also constitute the Major Offence of ‘Aggravated Behaviour’ and shall be subject to the additional penalties hereinafter set forth.

“For the purposes of this Rule, physical abuse is the unauthorised touching of an official, opponent, spectator or other person.” 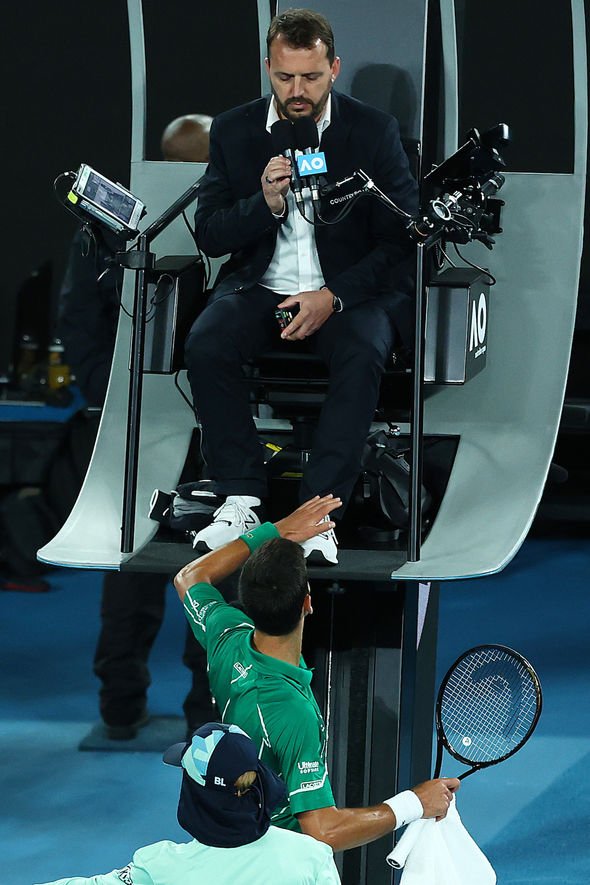 Players are warned against overstepping the mark when it comes to arguing with chair umpires.

Nick Kyrgios is one of the most high-profile culprits on tour for his outbursts at umpires.

The Australian was fined $167,0000 over his fiery clash with umpire Fergus Murphy during his match against Karen Khachanov at the 2019 Cincinnati Masters. 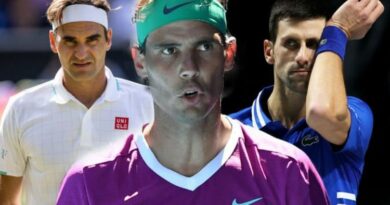