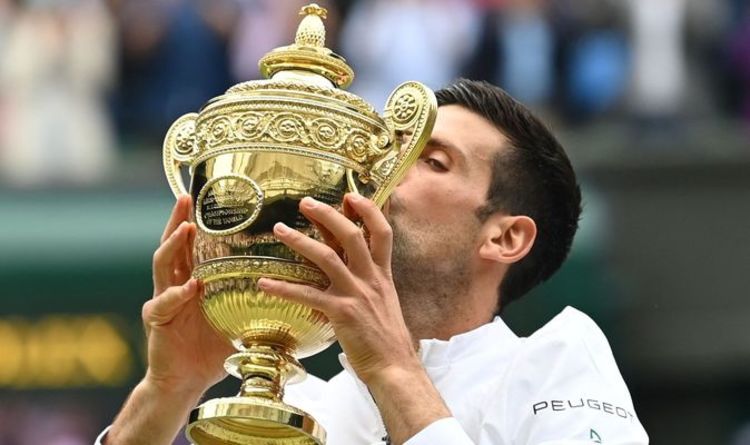 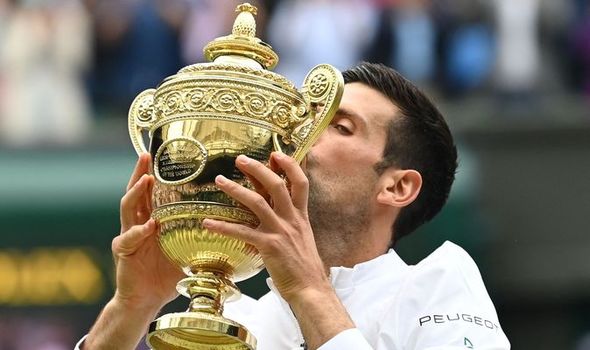 Novak Djokovic insists he has no plans of stopping any time soon after equalling the Grand Slam record held by Roger Federer and Rafael Nadal. Djokovic was the strong favourite to win Wimbledon heading into the tournament having triumped at the Australian Open and French Open.

He hadn’t tasted defeat at SW19 since 2016 and was aiming to win his third consecutive Wimbledon title.

But the biggest record on offer for the world No 1 was finally matching the Grand Slam tally of Nadal and Federer.

Standing in his way in the final was arguably the in-form male player on grass in Berrettini.

The Italian had won 11 consecutive matches on grass, which included the Queen’s title last month.

He was always going to provide Djokovic with his toughest test and Berrettini began by upsetting the script on Centre Court.

The Serbian tennis superstar was 5-2 in the first set before Berrettini fought back to clinch the opening set in dramatic fashion.

Djokovic though kept his cool to fend off an inspired Berrettini to level the match before taking a 2-1 lead in the third set.

From there, Djokovic always looking in control and, in the closing games of the fourth set, he began to put on a show for those inside Centre Court.

The 20th Grand Slam title was secured with Berrettini sending a sliced backhand into the net, with Djokovic dropping to the floor in disbelief.

The realisation that he had drawn level with Nadal and Federer was something Djokovic didn’t take lightly in his post-match interview, praising the legendary duo for pushing him to reach new heights.

But Djokovic insists he has no plans of stopping soon as he bids to enter a league of his own.

“It means none of us three will stop,” he said.

“I think that’s what it means.

“I’ve mentioned this before many times and I have to pay a great tribute to Rafa and Roger.

“They are legends of our sport and they are the two most important players that I ever faced in my career.

“They are the reason why I think I am where I am today.

“They’ve helped me realise what I need to do in order to improve to get stronger physically and tactically.

“When I broke into the top 10 for the first time I lost for three-four years most of the big matches that I played against these two guys.

“Something shifted end of 2010 and last 10 years has been an incredible journey that is not stopping here.” 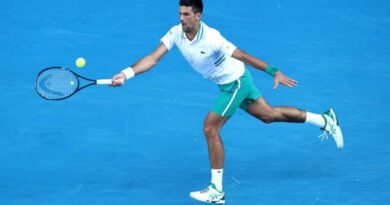