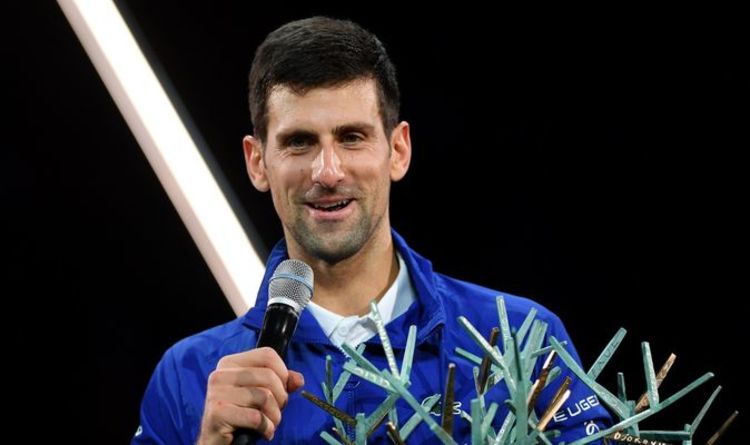 Novak Djokovic has fired a warning to his rivals after winning the Paris Masters. The world No 1 came through an enthralling final in France with Daniil Medvedev, prevailing 4-6 6-3 6-3 to gain revenge for his US Open final defeat at the hands of the Russian player.

It was Medvedev who took the first set and then at 5-3 up in the second, Djokovic had to show all of his legendary resilience to save three break points before eventually serving things out to level the match.

At 2-2 in the decider, the Serbian star then took command with two successive breaks of serve, and although Medvedev duly clawed one back, Djokovic then broke for a third time to claim his 37th ATP Masters 1000 title.

That in itself was a new record, moving him clear of Rafael Nadal, and he also became the first player to win the tournament six times.

Djokovic had already made history in Paris by virtue of his semi-final win over Polish player Hubert Hurkacz, who he also beat in three sets.

JUST IN: Andy Murray to trial coach rejected by Emma Raducanu ahead of his season’s final event

That win ensured Djokovic, 34, will finish the year as the world No 1 for a record-breaking seventh time, taking him clear of American Pete Sampras.

And speaking after the final, Djokovic insisted he isn’t done making history yet, especially given he’s currently tied on 20 Grand Slam wins with Nadal and Roger Federer.

“I love breaking records. I’m very motivated to carry on. The history of our sport is a big motivation,” he said.

Whether Djokovic gets the chance to make a new bit of history by hitting 21 Slam wins in January remains to be seen, with his participation in the Australian Open in doubt due to his stance on the Covid-19 vaccine.

However, speaking to the Tennis Channel after his final win, Djokovic was more focussed on simply enjoying his latest moment, which was played out with his family in the crowd.

“Very special,” said Djokovic, when asked what it was like to pick up his children in the stands afterwards.

“Very special and (I’m) blessed to have this opportunity. It’s one of the reasons why I keep on playing, I always dreamed of having my children in the stands.”

Djokovic will now be favourite at the season-ending ATP Finals in Turin, which starts on November 14.

The Serb has won the event five times in his career.

Djoker and the thief: Novak has Nadal in his sights at London finale 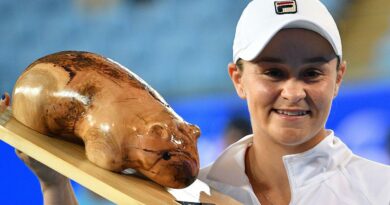