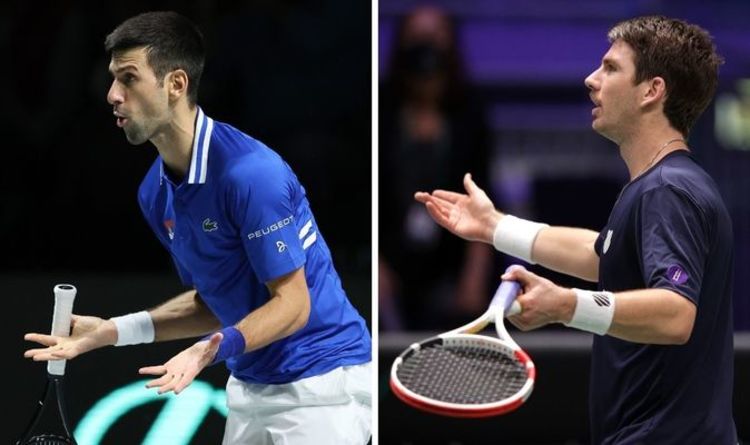 Serbia and Great Britain have been awarded wild cards straight into next year’s Davis Cup Finals. The two nations made it to the semi-final and quarter-final of the event often dubbed the World Cup of tennis this year. World No 1 Novak Djokovic has previously admitted winning the tournament for his home country is one of his big goals, and will get a second chance to do so next year after suffering a crushing defeat to Croatia in Friday’s semi-final tie.

Davis Cup organisers have already announced next year’s wild cards, as the 2021 final between the Russian Tennis Federation and Croatia is yet to be completed.

The team event was given a shake-up in 2019 after the International Tennis Federation signed a $3 million partnership with Gerard Pique’s Kosmos group to transmform the 100-year-old tournament, with the inaugural reimagined Davis Cup Finals held in Madrid in 2019.

Previously, the ‘World Group’ stage was held across four weekends spread over the year, with the elimination round between two competing nations held in one of their home countries.

Since 2019, the World Group has been held in one set location across one week known as the ‘Davis Cup Finals’ – as was the case in 2019 with all matches in Madrid, and again this year with three designated European host cities in Innsbruck, Turin and Madrid.

Under the new format, 18 nation teams had been placed into six groups of three for the group stages, with the winning teams plus the ‘two best runners-up’ making it to the quarter-finals.

Ahead of Sunday’s final, organisers announced another change for 2022 onwards, which will reduce the number of teams in the Davis Cup Finals week from 18 to 16, with countries split into four groups of four, with the group stages played at one of the home countries with all teams moving to a neutral host from the quarter-finals onwards.

The 16 teams making it to the Davis Cup Finals will consist of the two countries in the previous year’s final, two wild cards, and 12 nations who compete in Qualifiers earlier in the year.

It means that Croatia and the Russian Tennis Federation have automatically qualifier for 2022’s Finals week, and now Serbia and Great Britain have joined them.

The two nations would have needed to compete in next year’s Qualifiers alongside the other countries who found themselves ranked 3rd-18th during the 2021 event, but have now been granted direct entry into the Davis Cup Finals, set to be held in a new, yet-to-be-announced host country.

It means Djokovic will get another chance to win his dream tournament, after making no secret of his Davis Cup goals for this season and beyond.

The 20-time Grand Slam champion has previously spoken of his choice to prioritise the Majors, as well as titles for his home nation, and reiterated his goals ahead of Serbia’s semi-final tie against Croatia.

“I have spoken about the importance of the majors. I don’t know if you have seen it or heard it, but always when I said what are the biggest priorities for me at this stage of my career, I always said it’s Grand Slams and playing for the national team,” said the 34-year-old.

“Those are the two most important goals, let’s say, that I have throughout the years. I just feel so much motivation, and I am inspired to be part of the team. As long as I’m healthy, I’ll be there for the captain.”

The world No 1 also committed to playing for Team Serbia at future tournaments, so is more than likely to be in the squad again in 2022.

2015 champions Great Britain also received a wildcard straight into the 2022 Finals week, having made it to the last-eight before losing to Germany this year.

British No 2 Dan Evans got off to a good start in Wednesday’s (December 1) quarter-final tie, neeeding just 55 minutes to defeat Peter Gojowczyk 6-2 6-1 in the first singles rubber.

However, world No 12 and recent Nitto ATP Finals debutant Cam Norrie was unable to close out a victory for his country against Jan-Lennard Struff in the second singles match, as world No 51 was able to keep Germany in the quarter-final with a 7-6(6) 3-6 6-2 victory.

A spot in the last-four came down to the decisive doubles rubber, with this year’s Australian Open and US Open champion Joe Salisbury partnering Neal Skupski to take on Kevin Krawietz, a two-time French Open champion, and Tim Puetz.

Britain was eliminated as they lost the doubles in two tiebreak sets, blowing a 5-0 lead in the second set tiebreak and losing seven points on the bounce to lose the match, as the Germans booked their place in the semi-final with a 7-6(10) 7-6(5) win.

With Andy Murray absent from this year’s Davis Cup squad, there will be hope he may once again represent Great Britain in the 2022 Finals. 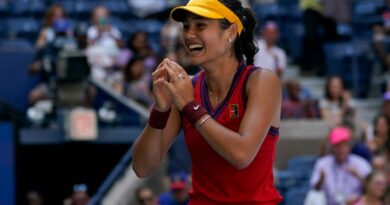 Emma Raducanu: The next generation of female tennis players is strong 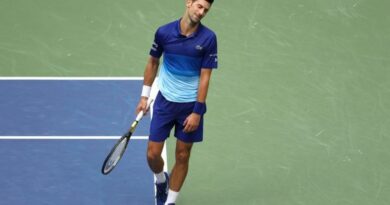