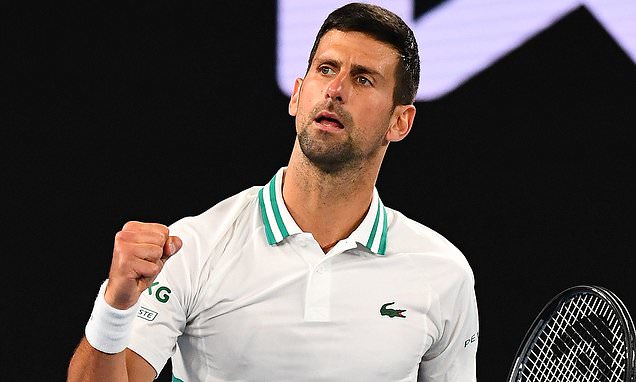 VIEW FROM SERBIA: Novak Djokovic has become a SCAPEGOAT for an Australian public sick of Covid-19 lockdowns… the world No 1 is being used to score political points and his tennis stardom is being turned against him

Novak Djokovic’s treatment by the Australian authorities has left the player and his camp angry, bitter and hugely disappointed.

As the documents submitted by his solicitors have laid out, the grounds for cancelling his entry-visa look dubious at best. It is almost impossible not to conclude that he is being used to score political points by figures in authority.

Djokovic has won the Australian Open a record nine times. He is the tournament’s most celebrated competitor. In the past he has had only positive things to say about Australia and even has even contributed to good causes in the country. 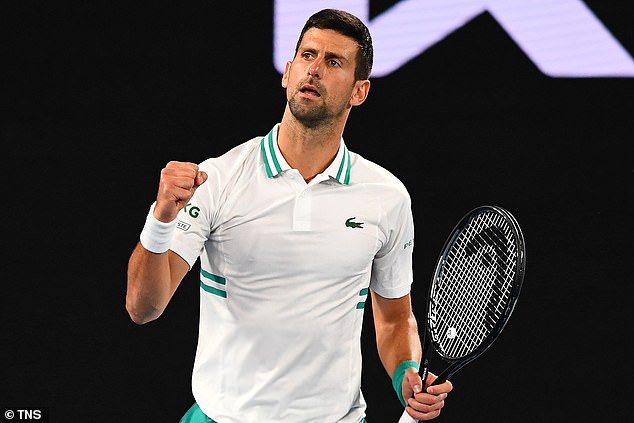 When Nick Kyrgios, otherwise a fierce Djokovic critic, acknowledges his mistreatment, you know that something is not right. Rather than afford Djokovic respect, his status is counting against him.

He misstepped in announcing his medical exemption on Instagram before flying to Melbourne, thereby alerting the public and the authorities. There is a school of thought, even in Australia, that none of this would have happened had he not posted.

Let’s not forget, just a day prior to Djokovic’s arrival, Prime Minister Scott Morrison shrugged off Djokovic’s exemption as an issue for the state of Victoria. After the public backlash, Morrison appeared to realise that there was political currency to be earnt.

Djokovic has become a lightning rod of abuse from an Australian public that, quite understandably, has grown frustrated with lockdown measures. And politicians have exploited that sentiment to their own ends.

Revoking the visa of Renata Voracova, the Czech player who had already spent several days in Melbourne on the same medical exemption – and even played a tournament! – looks like an attempt just to cover their tracks. 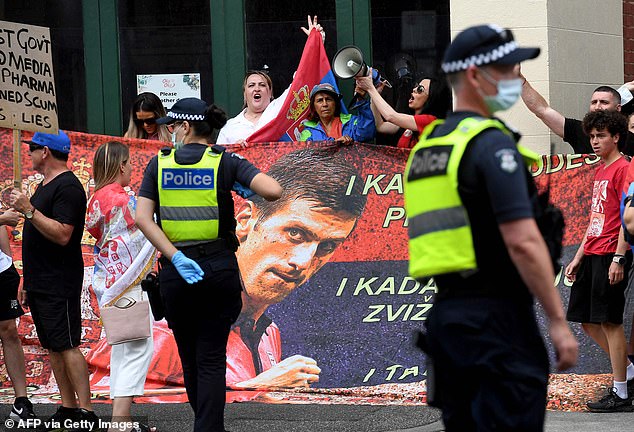 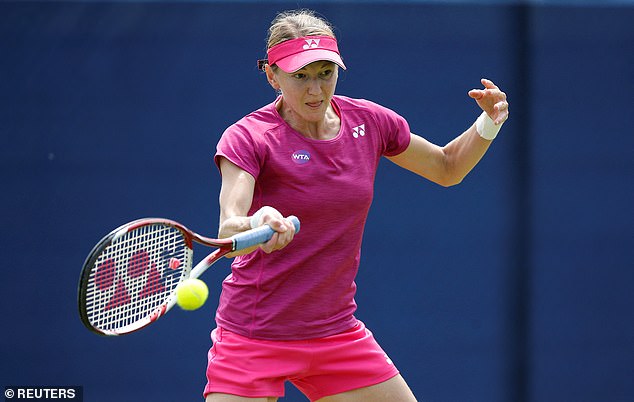 Djokovic’s team have said they will not make any statements until the legal process is completed. Although he is not obliged to clear up the details around his exemption, it would be useful for everyone then if Djokovic clarified the dates of his positive Covid test: when was it taken and when did he receive the result.

That would help to clear up much of the speculation around what has almost become a diplomatic incident.

As well as having the support of the local Serbian community protesting in front of his hotel, among the crowd there are people waving are a variety of flags, including Greek, Polish and Macedonian, including widespread international support online.

You can understand his camp’s frustration. The Australian Border Force denied that his mobile phone was taken from him – for three hours – but I understand this to be true. He was without his wallet and personal belongings for at least 24 hours.

On what grounds is this reasonable punishment for what appears to be the result of a miscommunication between the authorities involved in granting him an exemption? 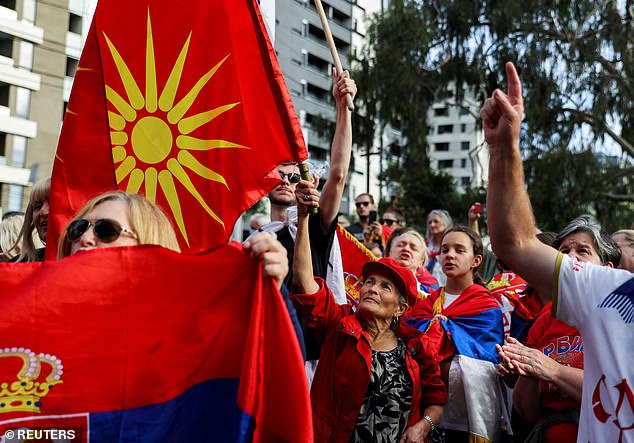 Supporters outside Djokovic’s hotel. It is quite easy to understand their anger at his treatment 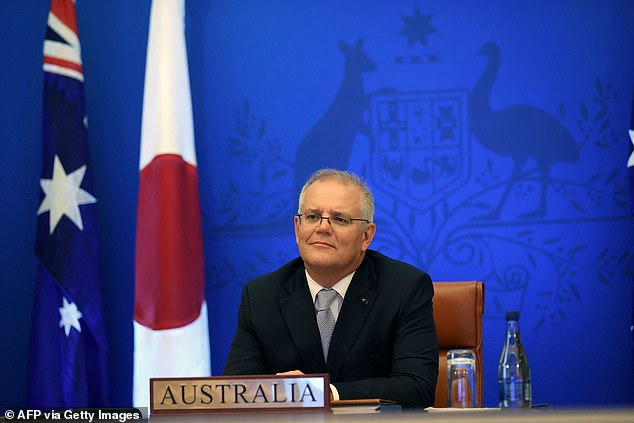 While his case was cleared up, he requested to quarantine at a rented apartment with his travelling companions. That wish was denied and he is now isolating in a refugee hotel where residents have previously complained about maggot-infested food.

He waved from the window yesterday, but one suspects that is just a brave face for the fans. His brother Djordje has described him as tired and stressed out.

In the past 24 hours, the situation has been marginally improved, with Serbian Prime Minister Ana Brnabic saying that Djokovic was delivered gluten-free food, as well as exercising tools, a laptop and a SIM card so that he can contact his family.

Djokovic has endured hardships in the past. In his youth, he lived through NATO bombings of his native Belgrade, taking shelter underground – like many of us – and sleeping in metal beds which had the strange smell of blood once moisture got into them.

For years now partisan crowds have unsuccessfully tried to will Djokovic to defeat. He has also had his fair share of clashes with the media. But this situation is like nothing he has experienced before. He is being subject to global ridicule, and it’s little wonder his mother has said that he is unable to sleep. 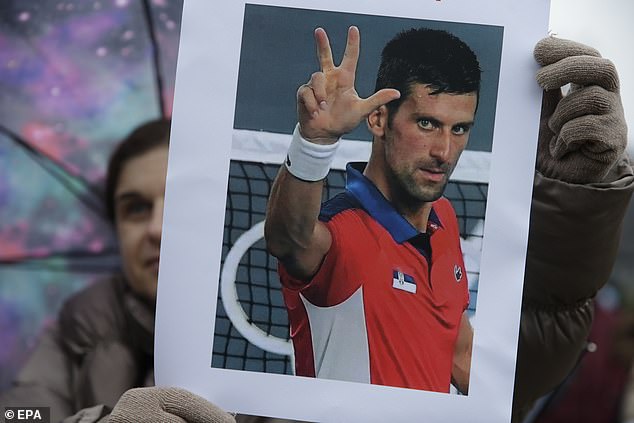 Djokovic has never expressed opposition to the Covid vaccine, instead saying people should be free to choose whether to get it

Earlier last week, Djokovic had all but given up on being granted the right to defend his title. The political will opposed to him was too strong. But his legal case looks quite promising today. Whatever happens, a lot of public sympathy in Serbia is on his side.

This is a country with a Covid immunisation rate of roughly 50 per cent. There is no real history of vaccine opposition, but many people are concerned by how quickly the various jabs came to market. To an extent they have been influenced by the opinions of a few prominent idiots on social media and even mainstream TV channels.

Personally I find it frustrating. I am an advocate of the vaccine. I am triple-jabbed and understand that it is the best hope for navigating our way through the pandemic. I wish the rate here was much higher.

But I understand it when people say that Djokovic is unfairly being held to account, given that he has never expressed his opposition to the Covid vaccine since the rollout. Instead he has declined to reveal his status and said that everybody should be free to choose whether to get it. He has refused to engage with the subject and is now paying a high price for it.

One would suspect that with a vaccine-mandate at many of the big tournaments, Novak is going to have to engage with the topic soon. Some tough choices are ahead of him. 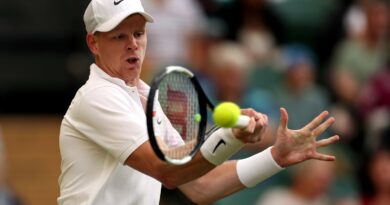 Australian Open 2020: Johanna Konta and Kyle Edmund knocked out in first round