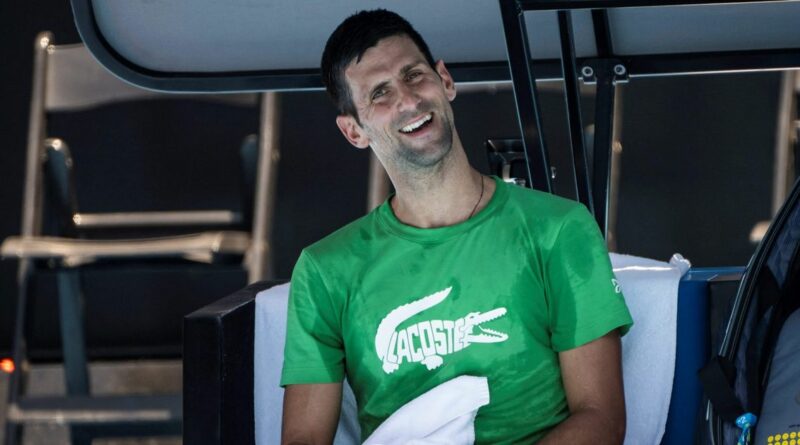 A second deportation notice may not be sufficient to prevent Novak Djokovic from defending his title at the 2022 Australian Open as his team scramble to preserve his place at the tournament.

The Serb looked set to be eliminated from contention after having his visa cancelled for a second time on Friday, seemingly bringing an end to one of the more controversial sagas in modern tennis.

Djokovic, 34, was first denied entry to Melbourne last week because he is yet to be vaccinated against Covid-19 and didn't fit the Australian government's requirements for a medical exemption.

It later emerged 'Nole' could be facing more serious punishment and a possible jail sentence for lying on his visa application, as well as attending PR events in December despite recently testing positive for the virus.

The world No. 1 has continued to fight for his right to play in Melbourne despite the swell of support rising against him, and a second order to leave the country may not be the conclusion many expected.

That's due to his entourage signalling their intent to appeal the latest judgement, and Djokovic may be permitted to take part while any such case is still being deliberated.

The Sun reported Djokovic's team intends to 'launch an immediate appeal' against the decision to cancel his visa for a second time, but arranging a court date on short notice could prove problematic.

With only three days until the Australian Open is scheduled to start on Monday, said appeal would appear to be a last stand in the unvaccinated star's effort to be included.

A Victorian government spokesperson appeared to confirm the Serb and his team plan to launch more legal action: "This visa issue remains between the Federal Government and Novak Djokovic,whose team has reportedly indicated the intention to take further legal action in the federal court system. It would therefore be inappropriate to comment at this stage.”

Who do you think will lift the men's Australian Open title? Let us know in the comments section.

It's reported Djokovic will meet with immigration officials on Saturday morning, though he won't be forced back into detention, as was the case after his first visa was cancelled.

Australian Immigration Minister Alex Hawke explained in detail his decision to deny Djokovic entry for a second time and said it was "in the public interest" to do so.

"In making this decision, I carefully considered information provided to me by the Department of Home Affairs, the Australian Border For. and Mr Djokovic," he said in a statement.

"The Morrison Government is firmly committed to protecting Australia's borders, particularly in relation to the COVID-19 pandemic.

"I thank the officers of the Department of Horne Affairs and the Australian Border Force who work every day to serve Australia's interests in increasingly challenging operational environments."

As well as being seen attending public events in the days after testing positive for Covid-19 on December 16, Djokovic is believed to have broken further laws by travelling to Australia via Spain in early January.

That's despite the fact he spent Christmas in his native Serbia and declared upon entering Australia that he had not travelled anywhere else in the previous 14 days.

A Federal Circuit Court are understood to be on standby in the event of an appeal, with Djokovic now on his last chance to attempt winning a record-breaking 21st Grand Slam in Melbourne.

Coronavirus: No tennis 'until it's completely safe', says Nadal

Novak Djokovic told to ‘grow and learn’ from US Open disqualification 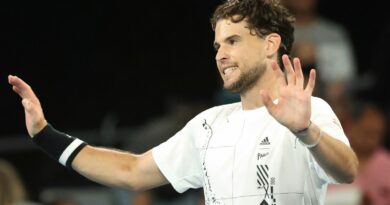