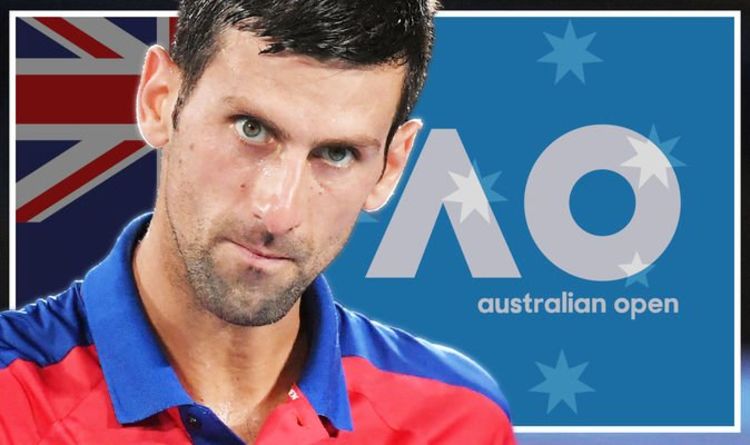 Will he? Won’t he? Novak Djokovic is still waiting to learn from Australia whether or not he will be allowed to remain in the country to play the upcoming Australian Open. He is currently being investigated by the Australian Border Force with multiple questions raised, and Alex Hawke the Minister for Immigration has the power to once again revoke Djokovic’s visa before the Grand Slam begins next Monday (January 17).

Djokovic won an appeal in court against being deported on Monday, having been awarded a medical exemption to travel by Tennis Australia’s chief medical officer, but could still be thrown out of the country because of the power Hawke holds.

The world No 1 could be chucked out if the Australian minister decides that having Covid is not sufficient grounds for a medical exemption from vaccination.

Djokovic meanwhile admitted himself he made a false declaration on his entry forms, which incorrectly stated that he had not been to Spain in the two weeks before flying to Australia.

The Serb apologised for an “administrative mistake” which sees him being probed by the authorities, who are also looking into the fact Djokovic broke isolation rules at home in Serbia in December.

The investigation also plans to look into when Djokovic took and received the results of his test after making contrasting claims.

In a sworn court affidavit relied upon by the Federal Circuit Court, Djokovic said he received the results on December 16 while in his statement he claimed he learned he was positive the following day on December 17.

Hawke has still yet to make a decision on the matter despite the draw for the Australian Open being conducted overnight last night (UK time).

Australian Prime Minister Scott Morrison said: “I will refer to Mr Hawke’s most recent statement (Wednesday) – that position hasn’t changed. These are personal ministerial powers able to be exercised by Minister Hawke and I don’t propose to make any further comment at this time.

“That individual must prove they are vaccinated or provide a medical reason, that is the policy and the policy hasn’t changed.”

Express Sport provides all the latest Novak Djokovic updates below.

With that being the first round, here’s how the last eight could look.

We could get Djokovic vs Nadal in the semi-finals.

The Serb could meet Daniil Medvedev, the man who beat him in the US Open final to prevent a Calendar Grand Slam, in the final.

You can see the full Australian Open men’s draw for yourself here.

What happens if Djokovic is booted out

Should Djokovic indeed be stopped from playing in the Australian Open and deported from the country, the seeds will be reshuffled.

It is thought that fifth seed Andrey Rublev will likely replace him in that scenario.

Djokovic was included as the top seed in the draw despite his uncertain visa status.

As Djokovic waits to learn if he will be able to play or not, the Australian Open draw was made overnight.

The 34-year-old will play in an all-Serbian first-round tie if he’s permitted to take part.

Australian Prime Minister Scott Morrison has hinted Novak Djokovic will be booted out of Australia.

Morrison said in a press conference he expects authorities “to implement the policy of the government”.

He explained: “All I will simply say is the reason we have had since 15 December, where fully vaccinated eligible visa holders could travel to Australia without needing to apply for a travel exemption … that individual has to show they are double vaccinated or must provide acceptable proof that they can’t be vaccinated for medical reasons.“

“That’s the policy, that policy hasn’t changed. Of course we would expect authorities to be implementing the policy of the government when it comes to those matters.”

Asked if visitors to Australia who are not double vaccinated are a threat to public health, Morrison only said that “other matters” are “being considered” in Djokovic’s case.

A federal source confirmed to The Sydney Morning Herald and The Age that a decision will not be made on Thursday.

Immigration Minister Hawke is still considering whether to cancel Djokovic’s visa a second time via his discretionary powers.

A statement issued on Tuesday said: “As noted yesterday in the Federal Circuit and Family Court, Minister Hawke is considering whether to cancel Mr Djokovic’s visa.

“In line with due process, Minister Hawke will thoroughly consider the matter.”

Djokovic ‘will be kicked out’

Australia’s The Saturday Paper journalist Paul Bongiorno claims Novak Djokovic will be kicked out of the country.

He tweeted: “I am hearing @AlexHawkeMP will boot out the Joker tomorrow.”

No decision was forthcoming however, with it now expected that one will be made on Friday (in Australia). 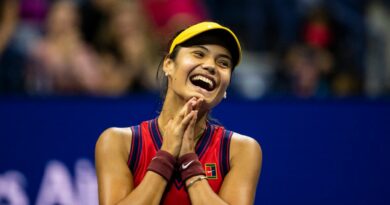 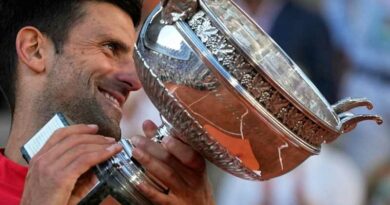