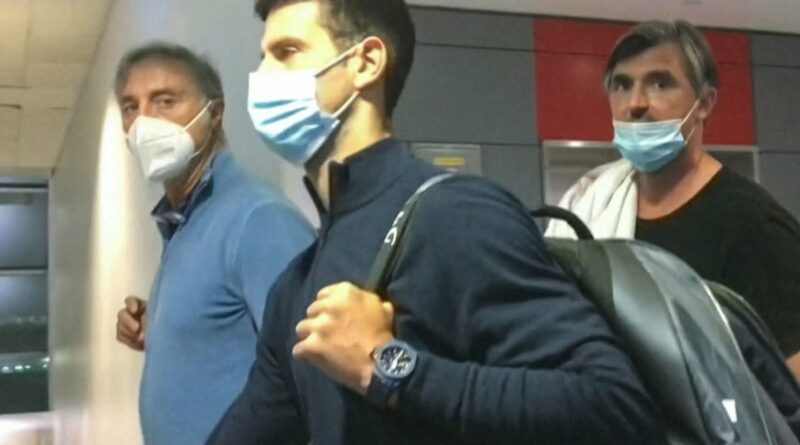 As the Australian Open got underway on Monday morning, Novak Djokovic was pictured landing in Dubai after the decision to cancel the nine-time champion’s visa was upheld by the federal court.

The failure of Djokovic’s appeal finally brought an end to the saga that has dominated the build-up to the year’s first grand slam. After spending four nights in a detention hotel in Melbourne following his dramatic detainment at the border, Djokovic was released on procedural grounds and immediately to the Rod Laver Arena to prepare to defend his title. However, on Sunday, Australia’s immigration minister used his discretionary power to dash Djokovic’s hopes and cancel his visa for a second time, claiming the 34-year-old’s presence “may be counterproductive to efforts at vaccination by others.”

Djokovic, who boarded a connecting flight to Belgrade on Monday, could now face a three-year ban from Australia. However, the prime minister, Scott Morrison, has moved to downplay the severity of that punishment, suggesting the ban could be altered under the “right circumstances” and would be reviewed in the future accordingly. A number of players, including Alize Cornet and Nick Kyrgios, have subsequently criticised Australia’s politicising of the saga, insisting that the treatment of Djokovic had been unfair after he arrived in the country with a medical exemption granted by the Victorian government.

Follow all the latest news, reaction and updates as the Australian Open finally got underway on Monday.

World No 1 Ashleigh Barty would undoubtedly be the most popular winner in Melbourne, and she’s made an ideal start in her first-round match against Lesia Tsurenko on Rod Laver Arena, breaking the Ukrainian straight away to take a 2-0 lead in the first set.

Rafael Nadal reserved little sympathy for Novak Djokovic last week and will know this year represents the best of his remaining chances to win a second Australian Open title – his first in Melbourne coming all the way back in 2009.

The Spaniard, whose 2021 was wrecked by injury, started in an authoritative fashion against Marcos Giron, thrashing the American 6-1 6-4 6-2 in an hour and 51 minutes.

“The last six months have been tough,” Nadal said afterwards. “Being outside of the competition, but since the first lockdown in 2020 everybody knows I’ve had a foot injury since the beginning of my career. I was able to manage it more or less well. After that, two months being at home, it has been very challenging since then.

“I was able to play at the end of 2020 and the beginning of 2021, but I have had very tough moments with a lot of doubts. I can’t be happier to be back here in Australia in this amazing stadium. It’s fantastic for me.

“When you come back from injury, things are always difficult. You have to go day-by-day. You have to forgive yourself when things are not going your way. Staying positive, playing with the right energy and being on the tour practising with the guys and winning matches for sure helps.” 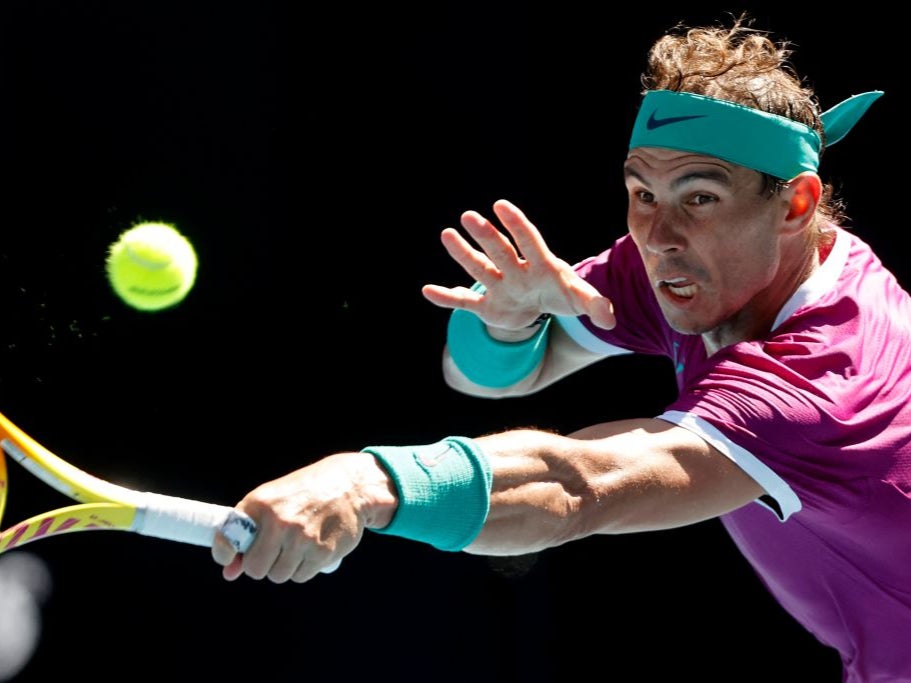 After making the perfect start to 2021 by winning her second Australian Open title, Naomi Osaka spent a significant amount of time away from the court last year as she prioritised focusing on her mental health.

The defending champion, who had not competed since losing in the third round of the US Open before returning for last week’s warm-up event in Melbourne, showed no sign of rust though as she cruised to a straight sets victory over Camila Osorio Serrano on Rod Laver Arena overnight.

“I thought I played pretty well given the circumstances,” said Osaka. “Overall I’m happy to be here and see everyone in the audience. I like the hot conditions but when I come here everyone is warm and welcoming. I’m sure that has a positive effect on me.”

Osaka will now face Madison Brengle in the second round. 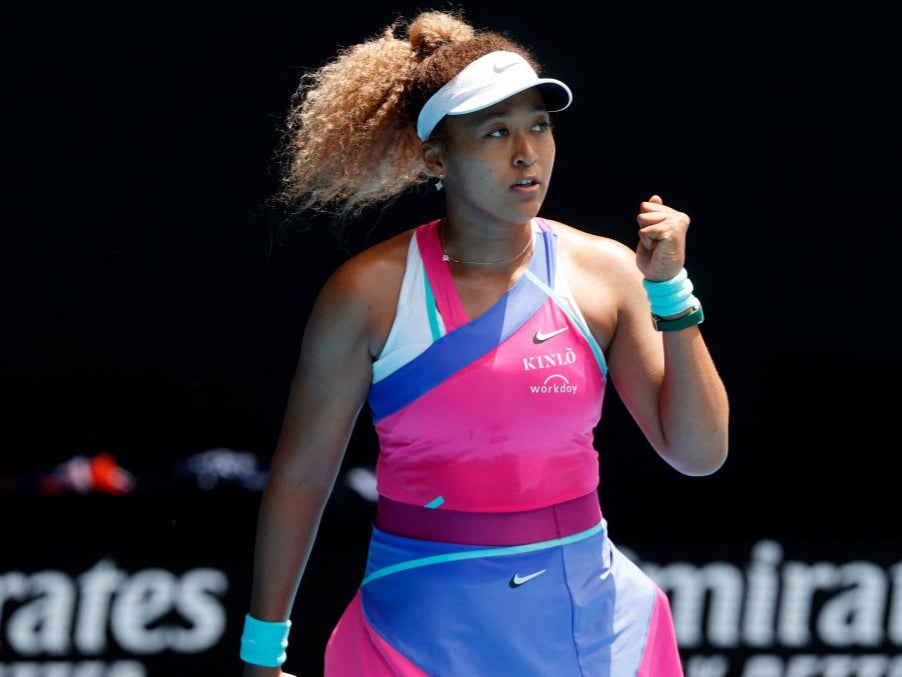 Welcome to The Independent’s live coverage as, after all the drama over Novak Djokovic’s visa cancellation, the Australian Open finally got underway on Monday without its men’s champion.

The nine-times champion’s absence has blown the men’s draw wide open, with Rafael Nadal, Matteo Berrettini and Denis Shapovalov among those to secure their spot in the second round overnight. There was no such luck for Briton’s Cameron Norrie, though, who was outgunned by the American Sebastian Korda.

There were few difficulties for the women’s defending champion, Naomi Osaka, who breezed past Camila Osorio. Maria Sakkari, Victoria Azarenka and Elina Svitolina both advanced to the second round, but Coco Gauff fell to a disappointing upset, defeated in straight sets by China’s Qiang Wang.

Still to come this morning, women’s No 1 Ashleigh Barty begins her quest to win on home soil against the Ukrainian Lesia Tsurenko. Americans Madison Keys and Sofia Kenin meet on John Cain Arena, while Ajla Tomljanovic, who defeated Emma Raducanu in the fourth round at Wimbledon last year, takes on the in-form No 8 seed Paula Badosa. 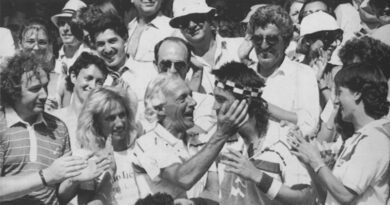