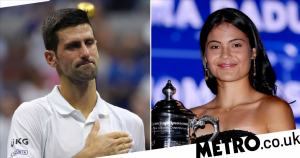 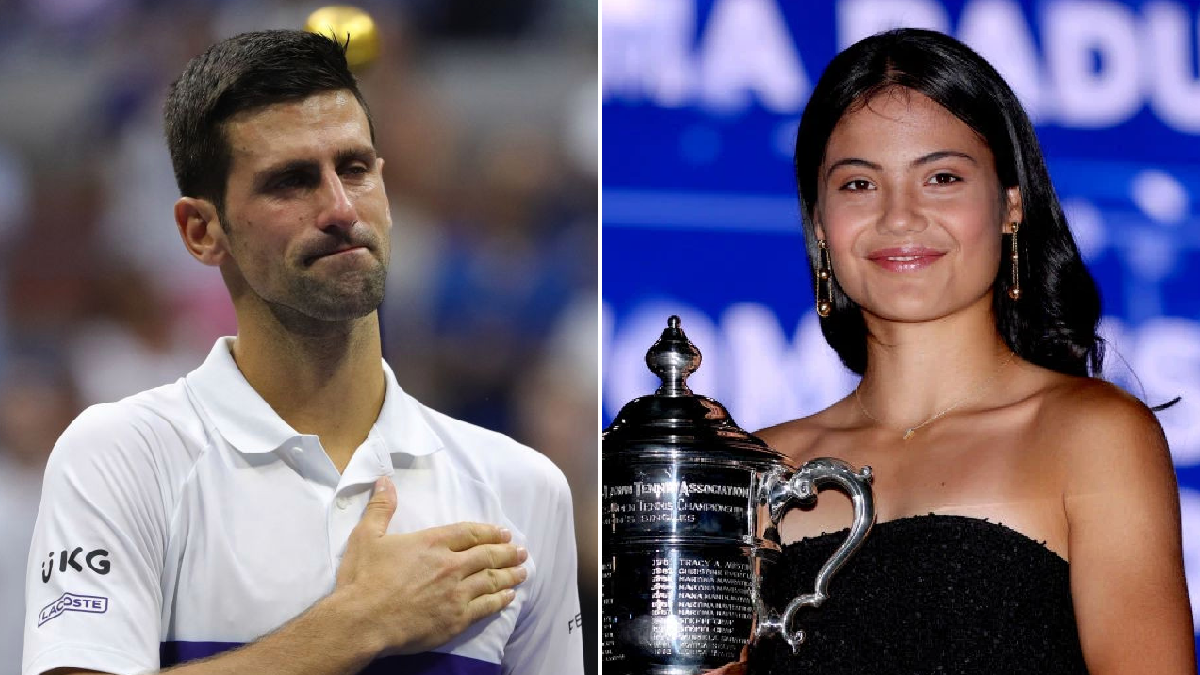 Novak Djokovic has sent a message of congratulations to Emma Raducanu after the 18-year-old won the US Open, describing her victory as an ‘amazing fairytale’.

The teenager from Bromley became the first qualifier ever to win a Grand Slam and did so in truly impressive fashion, winning 20 sets in a row across her 10 matches and three weeks in New York and was never even taken to a tiebreak.

She saw off fellow teen Leylah Fernandez at Flushing Meadows on Saturday, winning 6-4 6-3 to end Britain’s 44-year wait for a female Slam winner.

Raducanu has been inundated with messages from famous faces following her victory – notably the Queen – and now Djokovic has added his own congratulations.

The Serb was denied an historic calendar Grand Slam after being beaten by Daniil Medvedev in straight sets in the men’s final on Sunday evening, but he took to social media to praise both the Russian and Raducanu on their fine performances in New York.

‘Congratulations to both Champions,’ wrote Djokovic on Monday, sharing pictures of both players with their respective trophies.

‘Amazing fairytale story on the women’s side with two teenagers competing in the final. Emma you are fantastic.’

The 34-year-old Djokovic was bidding to overtake long-time rivals Rafael Nadal and Roger Federer by claiming a 21st Grand Slam title, though he feels a new generation of youngsters are emerging that means tennis is in good hands even after the famous trio are gone.

Speaking at his post-final press conference, he said: ‘Of course, they are going to take over. I think tennis is in good hands because they’re all nice guys and very, very good, high-quality tennis players. They’ve got something to offer on and off the court.

‘We are hoping that the transition will be smooth in terms of the attention and the popularity of this sport. It’s very important. We all, of course, want to win on the court, but at the same time we all at the top represent this sport.

‘We need to be aware of that, take this responsibility and try to bring more fans to the world of tennis. At the end of the day that’s what counts and that’s what keeps our sport alive.’

Dan Evans is on the lookout for new clothing sponsorship deal