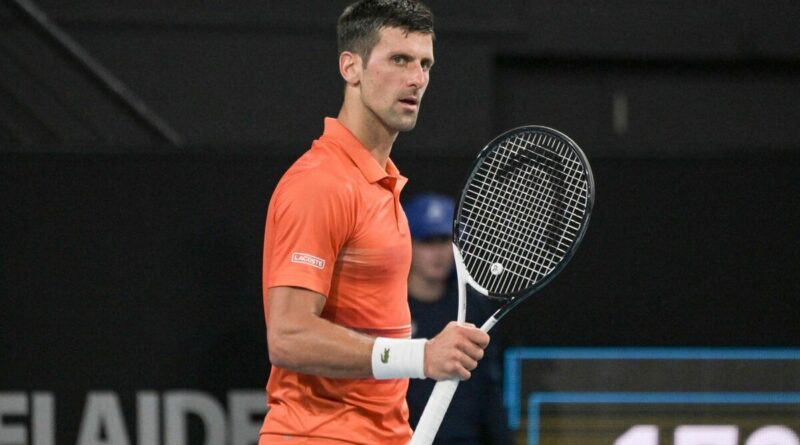 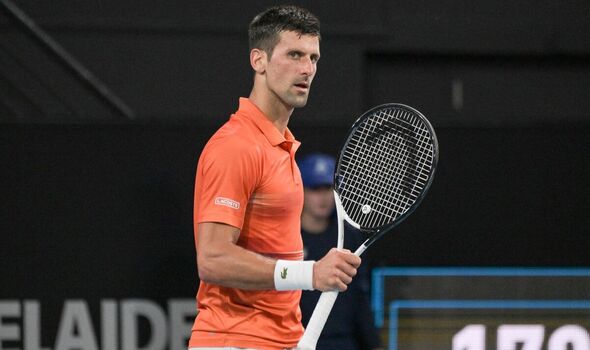 Novak Djokovic survived a share against Sebastian Korda as he saved a championship point en route to the Adelaide International title with a 6-7(8) 7-6(3) 6-4 victory in three hours and nine minutes. The world No 5 has now tied Rafael Nadal on 92 career titles and will solidify his status as the heavy favourite to win the upcoming Australian Open following his gutsy victory over the 22-year-old.

The top seed stepped onto court to chants of ‘Nole’ for what was his sixth consecutive final while Korda was playing just the fifth of his career. The 21-time Grand slam champion dropped just one point in his first four service games but the world No 33 suddenly managed to set up the first break point of the match almost out of nowhere as he fired a forehand winner with Djokovic serving at 4-4, and another winner gave Korda the break for a 5-4 lead.

Serving for the set, the 22-year-old raced to three set points at 40-0 on his serve before the nerves set in and the 22-year-old lost five straight points after a series of errors that gifted the top seed an immediate break-back point to find himself level again at 5-5. It was all Djokovic again as more errors from the Korda racket gave the Serb a set point at 6-5, but the world No 33 managed to escape and force a tiebreak.

The lower-ranked player took the first mini-break and serving at 5-4, Korda hit another winner down the line to set up two more set points but the stunning shot was followed by back-to-back errors with Korda once again failing to close it out. Djokovic was suddenly the one making mistakes on set point at 7-6, as he framed the ball and sent it into the air, while a sixth set point came and went for the American.

JUST IN: Naomi Osaka out of Aus Open as concerns grow over tennis future

Finally on his seventh set point, Korda took a marathon first set 7-6(8) after an hour and 13 minutes while the top seed showed his frustrations, gesturing to his box as he appeared to kick someone out with his brother Marko and his agent leaving during the changeover. The world No 5 continued to appear tense in the second set and was unable to capitalise on two break points as Korda held to lead 2-1.

Both men continued to hold with ease before Djokovic got himself out of some trouble after going from 40-0 to 40-30 while serving at 4-5. He then had to serve to stay in the match again at 5-6 where he suddenly found himself facing a championship point after two uncharacteristic errors, but Djokovic saved it with an overhead winner and managed to narrowly escape defeat, holding to force another tiebreak, where both men traded mini-breaks in the first two points. The American started making mistakes again, giving the world No 5 two mini-breaks as Djokovic raced to a 6-1 lead and took the second set 7-6(3), having saved a championship point to survive and force a decider.

Djokovic carried his momentum into the final set as he set up two break points on Korda’s serve early on but the 22-year-old managed to hold on and level at 2-2 as the Serb looked frustrated again, asking umpire Nacho Forcadell about someone screaming in the crowd. The world No 33 was in trouble again at 3-4 0-30 but came through the tough service game again and it was Djokovic’s turn to dig himself out of some trouble from 15-30 down and deuce on serve as he held to put himself within a game of the title at 5-4.

From 40-15 up, Korda then lost three straight points as Djokovic earned a championship point of his own and it was one last error from the American that allowed the Serb to be crowned the champion in Adelaide and extend his winning streak in Australia to 34 matches, with his last loss coming five years ago.

By winning the Adelaide title, Djokovic now has 92 overall which allows him to tie long-time rival Rafael Nadal, with the pair now sharing fourth place in the all-time list of most ATP titles behind Ival Lendl on 94, Roger Federer on 103 and Jimmy Connors on 110. And he looks a clear favourite to win title number 93 at the Australian Open later this month following his marathon comeback victory over Korda.

The world No 5 will now travel to Melbourne following the conclusion of the Adelaide International, where he is the heavy favourite to win a record 10th Aussie Open title which would also tie another Nadal record – 22 overall Grand Slam titles. 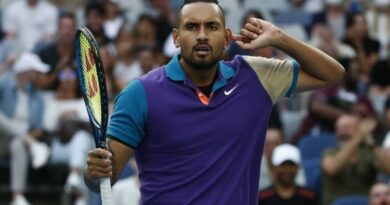 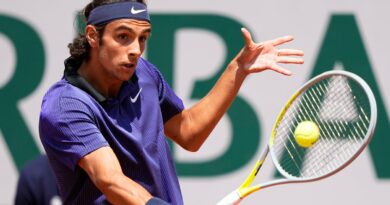 Roger Federer claim WITHDRAWN by Stefanos Tsitsipas: ‘I don’t want to drag him into this’