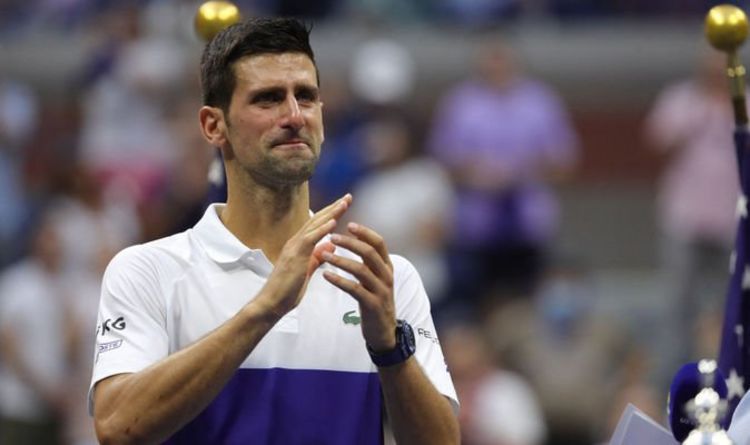 Novak Djokovic’s defeat in the US Open final meant that he wasn’t able to complete a calendar Grand Slam in 2021 – and if he is to try and do so again in 2022, he will have to comply with Australian Covid laws otherwise he won’t be able to compete. And Australian politician Daniel Andrews has told Djokovic that Grand Slam titles won’t protect him if he is to refuse vaccination programs for entry.

Djokovic, 34, won the Australian Open, French Open and Wimbledon in 2021 as he looked to complete the first tennis Calendar Grand Slam since Rod Laver in 1969.

Having breezed to all three titles, the Serbian star looked set to break the 52-year spell as he faced Daniil Medvedev in the final in New York.

However, after a shocking 6-4, 6-4, 6-4 loss to the world number two, Djokovic failed to complete the task and will look forward to next year to do so.

There was added importance on the tie given that Djokovic sits neck-and-neck with tennis greats Roger Federer and Rafael Nadal on 20 Grand Slam titles each – in which a win would have made the Belgrade-born legend the most successful men’s singles player of all-time.

Yet his loss means that Djokovic will have to wait another year to complete the sensational feat.

However, he may not get a chance to do so after Australia tightened their entry laws – meaning that the Australian Open is currently out of bounds for Djokovic.

The Serbian has been open in the past about his refusal to obtain a Covid vaccine, thus denting his chances of competing for another calendar year Grand Slam.

The Australian Open takes place in just three months, leaving Djokovic with little time to secure valid entry to the tournament in accordance with the vaccine regulations.

And this has led to politician Andrews berating Djokovic, claiming that his fame and success won’t be enough to gain entry to Melbourne.

“The only title that will protect you is you being able to have had your first dose and second dose.

“Logic and numerous conversations with the Prime Minister tell me that if you are an Australian citizen, you will be allowed home if you haven’t had the jab.

“But if you’re coming on a tourist visa or a business visa, so you’re not an Aussie.

“You are coming to visit – the notion of you getting in here without being vaccinated, I think, is very, very low.”

If Djokovic does compete, he will look to win his fourth straight Australian Open title in a row and his tenth overall.