Novak Djokovic takes on Rafael Nadal in a showpiece Australian Open final on the Rod Laver Arena in Melbourne.

It is a meeting of the top two players in the world, with a combined haul of 31 Grand Slam singles titles.

Join ADAM SHERGOLD for full live coverage of the final from 8am UK time.

CLICK HERE TO VIEW THIS LIVE COMMENTARY ON MOBILE

Mike Dickson: The journey from nowhere to world No 1 has been short and very sweet for Naomi Osaka, the new superstar that women’s tennis has long been searching for.

Having been ranked 72 a year ago she finds herself a double Grand Slam champion, and squinting into the glare of global recognition after playing another brilliant final that tested her on every level.

It took two gigantic bites for her to beat Petra Kvitova 7-6 5-7 6-4. This was quite some follow-up to a US Open triumph that was somewhat overlooked due to the behaviour of her opponent that night in New York. 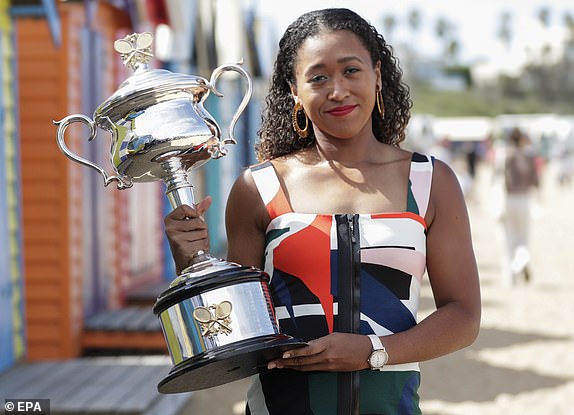 And Novak has the better of it – just 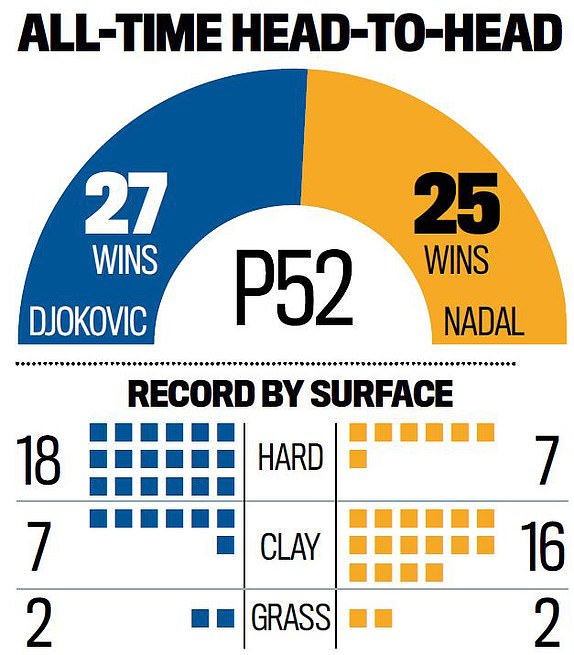 And what a great technique of handing a phone back… years of selfie experience there. 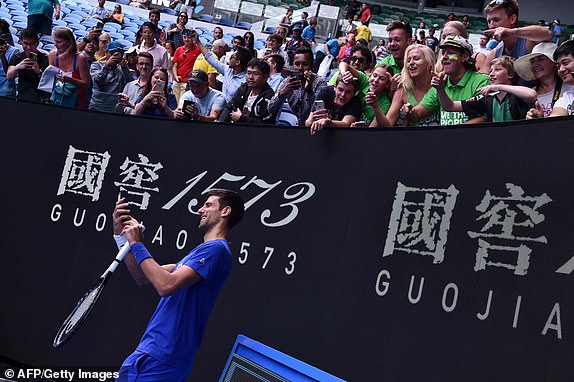 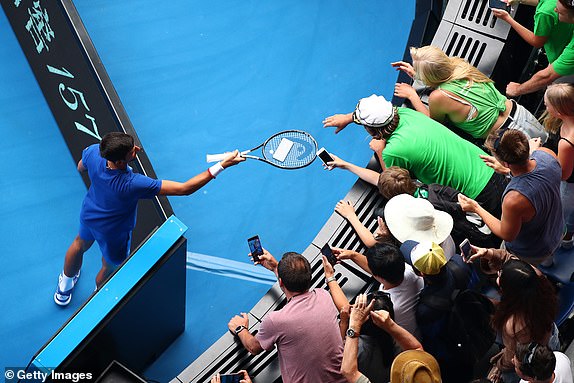 Good luck to you, @RafaelNadal and @DjokerNole – this championship means so much to me, as I know it does to you both. Play hard for it tonight. #AusOpen pic.twitter.com/eayCT94cD3

Watch out Roger! These two are on your tail

Mike Dickson: Roger Federer is back home in Switzerland this weekend, and could be excused for looking on slightly anxiously at Sunday’s Australian Open men’s final.

When he won his 20th Grand Slam title a year ago, with Rafael Nadal having fallen injured and Novak Djokovic in an existential funk, his leadership of the all-time tally looked secure.

No longer. The upshot of Sunday’s 53rd meeting between the Spaniard and the Serb is that this extraordinary figure is looking under threat. 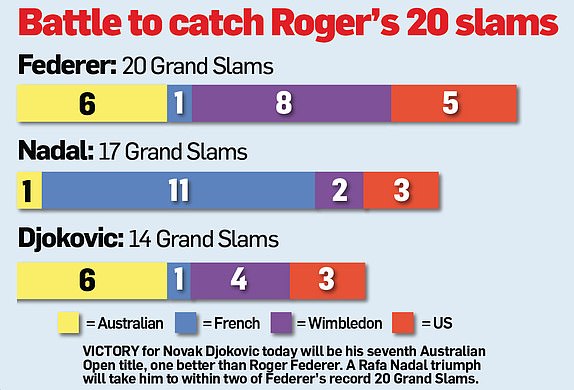 Well what a superb fortnight it’s been at the Australian Open. Excitement, upsets, tantrums, sizzling temperatures, even more sizzling tennis and now, to cap everything, a men’s final between the best two players in the world.

Novak Djokovic and Rafael Nadal transcend the world of tennis and sport as you’d expect from two players and personalities with 31 Grand Slam titles between them.

That they remains top of their game and top of the rankings after so long amongst the elite is testament to their powers of perseverance and endurance and their peerless skill.

Of course the last time they met in this final, it was a six-hour epic so goodness knows what we have in store this morning.

Welcome along for the latest instalment in this captivating rivalry. It’s the Australian Open final, it’s Djokovic vs Nadal, and it’s live for you right here. 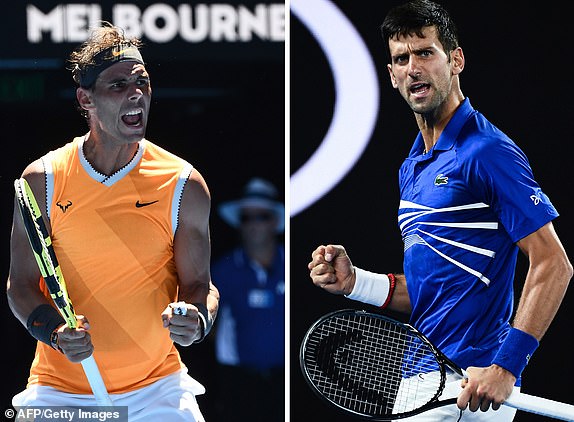