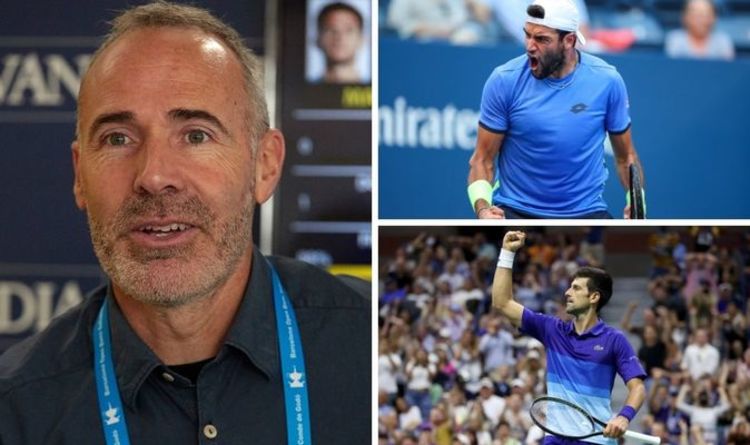 Former tennis star Alex Corretja believes Matteo Berrettini has a better chance of beating Novak Djokovic at the US Open than at Wimbledon. The world number one is facing the Italian for the third successive time at a Grand Slam.

Berrettini lost in four sets to the Serb in the quarter-finals of Roland Garros back in June before Djokovic defeated the 25-year-old 6-7 6-4 6-4 6-3 to win his sixth Wimbledon title.

The two players are forming a kind of rivalry as they prepare to face each other in the quarter-finals of the US Open.

Djokovic is targeting a win at the Flushing Meadows tournament in order to become the first player since Rod Laver in 1969 to win the Calendar Slam – all four major tournaments in a single year – while looking to surpass Roger Federer and Rafael Nadal by claiming a record-breaking 21st Grand Slam title.

Corretja, who reached the quarter-finals during his career-best run at the US Open in 1996, believes the Italian is a better play on hard-court rather than the clay and grass surfaces he has faced Djokovic on before.

“I think he [Berrettini] is a better player on hard courts because he has more time and the ball bounces higher so it suits his game a little bit better,” Corretja told Eurosport.

“I think his forehand is more dangerous and he can move better.

“Novak and Berrettini are playing well but I don’t think they are at the same level as Wimbledon so I see a very open match, even if I believe that Novak will raise his level more from the last rounds.”

Berrettini – who is yet to play on the 23,000-capacity Arthur Ashe Stadium in the tournament so far – defeated Frenchmen Jeremy Chardy and Corentin Moutet in the opening two rounds before overcoming Belarus’ Ilya Ivashka in a five-set thriller.

DON’T MISS
Piers Morgan sparked row with Emma Raducanu criticism: ‘Not brave’
Raducanu net worth: How much Brit sensation can earn from US Open run
Daniil Medvedev plays down anti-Novak Djokovic question at the US Open

He then triumphed over Oscar Otte of Germany 6-4 3-6 6-3 6-2 to book a place in the quarter-finals against Djokovic.

The Serb has not been his all-conquering self thus far at the US Open but has still defeated Holger Rune, Tallon Griekspoor, Kei Nishikori and Jenson Brooksby en route to the last eight.

In winning those matches, Djokovic has dropped just three sets.

Former world number 25 Mischa Zverev – who defeated Andy Murray in four sets at the Australian Open in 2017 – insisted the reason Djokovic is not playing at his best is because of the immense amount of pressure he is under.

“When was the last time someone was in the same position as Novak where he has won three Slams and is going into the US Open trying to complete the Grand Slam, so he is a little nervous and focused on the target,” the 34-year-old continued.

“I am sure he’s not playing as freely as normal which is why his performance maybe isn’t there yet but it will need to be against Berrettini.

“It will be a very interesting match.”

Djokovic is scheduled to face Berrettini in the early hours of Thursday morning as the Serb hunts a record-breaking 21st Grand Slam title of his illustrious career. 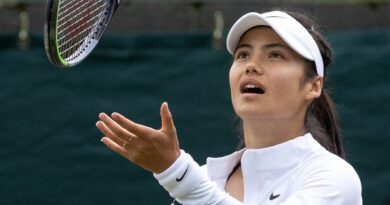 Kokkinakis opts against wildcard play-off event on way to Open