Djokovic set to be deported from Australia after losing visa appeal

Novak Djokovic has appeared to shrug off his recent issues after being deported and missing this year’s Australian Open. The Serb was, on Sunday, denied the chance to play in the Grand Slam after a lengthy row Down Under. However, he seemed to be in good spirits after touching down in Dubai.

Djokovic had recently travelled to Australia believing he’d be able to play in the Grand Slam due to a medical exemption.

A judge initially gave him the green light to play after the World No 1 had spent some time in a detention centre, like other passengers from overseas.

However, Australian officials then rallied together with the Serb deported just hours before the competition got started on Monday morning.

It means Djokovic won’t be able to clinch a record 21st Grand Slam in a country where he’s previously won nine titles throughout his career.

Given all he’s been through, the Serb could perhaps be forgiven for feeling frustrated.

But he didn’t let that show and Djokovic was seen being gracious and warm towards fans following the debacle.

Multiple outlets note how the 36-year-old gave supporters his time in Dubai after touching down in the country.

Djokovic was asked for photos and autographs by fans and he happily obliged, even wearing a mask.

Now, it’ll be interesting to see whether he returns to Australia again with the nine-time champion potentially facing a three-year ban.

Prime Minister Scott Morrison has, however, revealed there’s a chance Djokovic will be able to take the court again next year.

“[The ban] does go over a three-year period, but there is the opportunity for them to return in the right circumstances and that would be considered at the time,” he said on Monday.

Serbian tennis player Laslo Djere was asked about Djokovic after his first round loss to Denis Shapovalov on Monday.

And Djere insisted Australia’s reputation had been harmed by the issue while defending his compatriot.

“I think not just Serbians, I think the whole world saw it and they probably will have a new or different opinion about Australia,” he said.

“I mean, the guy had the exemption, and they still deported him.

“I don’t know the details, so I also don’t want to be too harsh, but what everyone could read, yeah, he’s not vaccinated, but we were told that we can enter the country with an exemption, which he had, and yet he’s not here with us. Something went horribly wrong.

“Yeah, it was a true catastrophic situation. I don’t know what else to say.”

Djere also hit out at the Australian public, too.

“I mean, even if he wasn’t a nine-time champion or the person who he is, but especially that he’s a great guy and always tries to help others, and yeah, won the tournament nine times, of course,” he said.

“Yet like most of the Australian people wanted him to leave.

“Nick Kyrgios also mentioned two years ago when there were the bush fires, he donated I think a good amount of money and everything, and now here in Australia everyone just turned their (sic) back on him.”

British tennis player Andy Murray, meanwhile, also opened up on the Djokovic controversy – insisting he felt sympathy towards the World No 1.

“It is not great for the tournament because it is better when all of the top players are playing in the event,” said the Brit.

“There are obviously going to be a lot of questions about what has happened here and the situation he has been in.

He then added: “The situation has not been good all round for anyone.

“It feels everything here happened extremely last minute and that’s why it became such a mess.

“Hopefully, that won’t be the case at other events so there is no other situation like this. 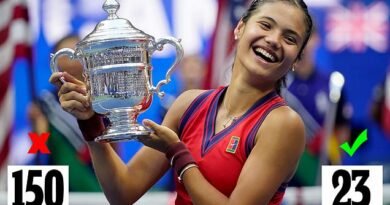 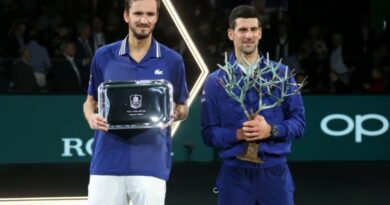