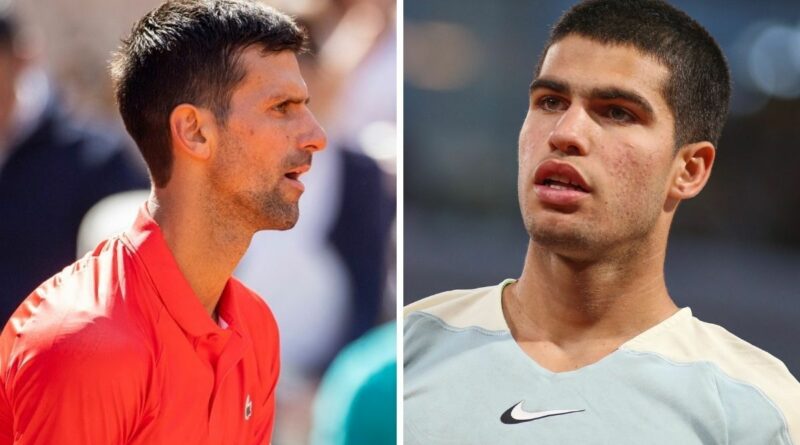 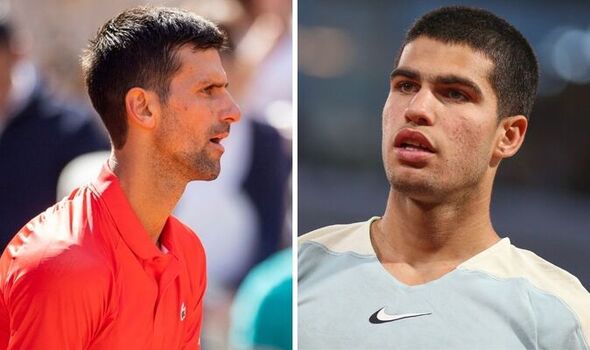 Novak Djokovic’s coach has disagreed with his charge over Carlos Alcaraz’s chances at the French Open. The world No 1 claimed the 19-year-old was one of the favourites for the title but Goran Ivanisevic has now disputed the claim after Alcaraz almost lost to Albert Ramos-Vinolas in the second round. But Djokovic’s coach still believes the sixth seed is one of just two players who could take out the defending champion this year.

Alcaraz has been touted as one of the heavy favourites to win the French Open alongside last year’s winner Djokovic and 13-time champion Rafael Nadal. The world No 6 is now on a 13 match-winning streak, spanning titles in Barcelona, Madrid – in which he beat Djokovic and Nadal back-to-back – and his first three victories in Paris.

Despite that, former world No 1 Ivanisevic does not agree that Alcaraz is one of the biggest contenders for the title, even though Djokovic recently claimed: “(At) Roland Garros, he’s definitely one of the main favourites, no doubt, even though he has never reached the second week of a Grand Slam. With everything recently that he has achieved, he deserves to be one of the favourites.”

But after the teenager was forced to save a match point in a four hour and 34 minutes marathon five-setter against Ramos-Vinolas, Djokovic’s coach has disagreed with his player over the Spaniard’s chances. “All of this being said, he barely won against Ramos and I would not agree that he is the biggest favourite in Paris,” the Croat told Tennis Majors.

JUST IN: Emma Raducanu ‘forgot’ she won US Open and discusses being ‘absorbed’

Although the former Wimbledon champion was full of praise for the 19-year-old, he said Alcaraz’s two Masters 1000 victories in Miami and Madrid were no match for winning a Major title as he continued: “Grand Slams are a different animal, so I would put Novak and Rafa before him. It is not the same to win in Miami and Madrid compared to winning a Slam.”

He still touted the five-time title winner to go on and become one of the greats but said he could “wait” for his time to come, with Djokovic and Nadal the bigger contenders in Paris. “But again, he is the future No 1 and a multiple Slam winner, but we will see how many trophies he will win, and when. He can wait for now,” he added.

While Ivanisevic was in disagreement over Alcaraz’s chances at the current Grand Slam tournament, he still claimed he hadn’t seen someone of the teenager’s calibre since Djokovic, Nadal and Roger Federer burst onto the scene, and thought only Nadal and Alcaraz had the ability to defeat his player at the French Open this fortnight, having beat him in Madrid.

“It has not been seen since Novak, Nadal and Federer,” he said of Alcaraz. “I am most fascinated by his maturity. When you are 19, you are allowed to do something bad or to have a wrong choice on the court, but he is doing everything right. He knows when is the time to come in, when to hit a stronger second for the first serve, when to mix it up. It is incredible.”

And talking about Djokovic’s chances of successfully defending his French Open crown to equal Nadal’s all-time record of 21 Grand Slam titles, he added: “There are no big secrets now, the preparations are done, now it is more about fine tuning, some details and staying positive. When it is like that, there is only one person that can beat Novak [Nadal], perhaps two now with Alcaraz. As for the rest, I do not see it.” 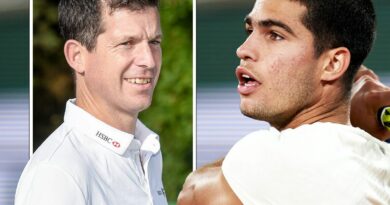 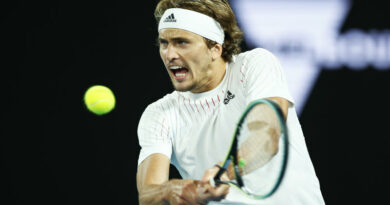 Millman bows out, Zverev on track for breakthrough slam triumph