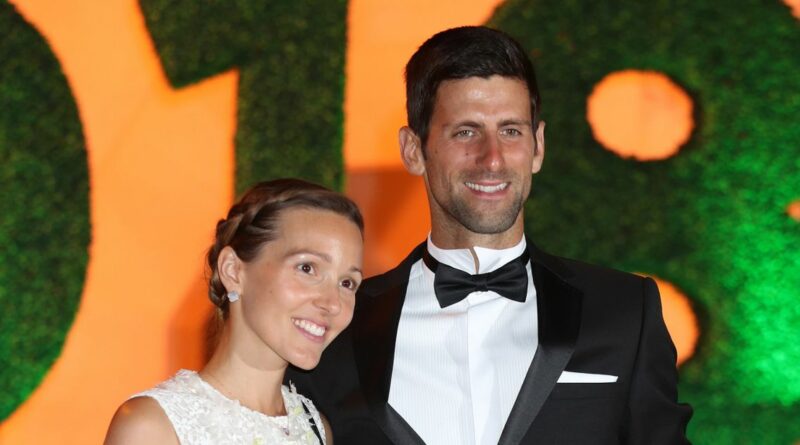 Novak Djokovic's wife has thanked fans of the world No 1 for "using your voice to send love to my husband" as he remains held in a detention hotel in Australia.

The Serbian star, who this week announced he would be competing in the Australian Open despite via a medical exemption, is currently in a Government detention hotel after his visa was revoked by border force officials upon his arrival in Melbourne.

The 34-year-old will remain held until Monday at least, as he awaits the outcome of a challenge from his legal team to prevent him being deported.

And in Instagram and Twitter posts marking Christmas in Serbia, Jelena Djokovic said "Thank you dear people, all around the world for using your voice to send love to my husband.

"I am taking a deep breath to calm down and find gratitude (and understanding) in this moment for all that is happening.

"The only law that we should all respect across every single border is Love and respect for another human being.

"Love and forgiveness is never a mistake but a powerful force. Wishing you all well!"

Whilst public sympathy of the world No 1 has seemingly been in short supply, groups of supporters have gathered outside his hotel in Carlton, Victoria – as have detractors arguing the refugees detained should be freed before the tennis star.

Jelena's words are in stark contrast to that of Djokovic's father, Srdjan, who has previously likened his son to "Spartacus" in a series of radio rants.

He's since demonstrated outside the National Assembly buildings in Belgrade and addressed a media conference to accuse authorities of singling out the 20-time Grand Slam champion.

"He met all the required conditions for the entry and participation at the tournament that he would have certainly won, since it's Novak, the best tennis player and sportsman in the world," he said on Thursday.

"Jesus was crucified and endured many things, but is still alive among us. Novak is also crucified. He will endure."

One of Djokovic's great rivals however, Rafael Nadal, believes he has brought the ordeal on himself.

"I have been vaccinated twice. If you do this, you don't have any problem to play here," said the Spaniard, currently competing in the Melbourne Summer Set tournament.

The big mistake Nick Kyrgios made