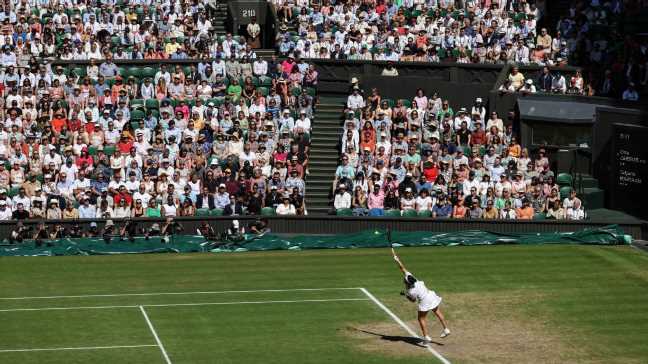 There will be a new name on the Wimbledon women’s singles trophy and a new Grand Slam champion on Saturday when Ons Jabeur and Elena Rybakina meet at Centre Court.

No. 3 seed Jabeur did not drop a set in her first four matches but has been pushed to a decider in the last two, while No. 17 seed Rybakina has beaten two Grand Slam champions in Bianca Andreescu and Simona Halep.

Jabeur leads Rybakina 2-1 over their three previous matches, though one of her wins came when Rybakina retired injured. On the biggest occasion of their lives, there are bound to be nerves on both sides. The question is: Who will handle the occasion the best?

Why Ons Jabeur will win

As a young child, Jabeur was nicknamed Roger Federer for her incredible hand skills and her ability to come up with shots few people have seen before.

The Tunisian has been going through her box of tricks throughout the fortnight, and though she’s equally at home on clay, grass seems to offer her the best chance of victory.

She has dropped two sets but she has never looked rattled. Instead, she has changed the pace, played the angles, sneaked to the net and confused her opponent. Though Rybakina will bring the heat in terms of pure power, it appears Jabeur will have the skills to deal with it.

Even though her second serve is relatively weak in terms of speed, it has variety and she backs it up incredibly well. In fact, she has won a higher percentage of points on her second serve (63%) than any other woman these two weeks.

More importantly, in the past couple of years, she’s learned to really embrace the fact that she’s playing for more than herself, leading the way for Arab and African tennis. As she said on the eve of Wimbledon: “I’m on a mission.”

Why Elena Rybakina will win

In pure and simple terms, if Rybakina plays the way she did against Simona Halep in the semifinals, she’s going to take some stopping.

The 23-year-old has raw power, to the extent that even someone of Halep’s caliber was unable to cope. As Halep’s coach, Patrick Mouratoglou, told TennisMajors.com: “She played almost the perfect match.”

The danger, of course, will be that she struggles to follow up that win with another performance like that, on the biggest stage of all.

But Rybakina, who also beat former US Open champion Bianca Andreescu earlier in the tournament, is a streaky player who can be a threat to any opponent if a positive streak extends long enough.

She’s fourth in first-serve points won and third in service games won, and her total of 49 aces is 19 more than any other player, at an average of more than eight per match.

In theory, she has nothing to lose. She’s the underdog and not expected to win, which should take some of the pressure off her shoulders. That makes her dangerous.

The $2 million question. It’s entirely possible that Rybakina will come out firing, serving rockets, and blast Jabeur off the court. It’s more likely, though, that Jabeur finds a solution, soaks up the power and finds a way to win. It could go the distance, but Jabeur should win. 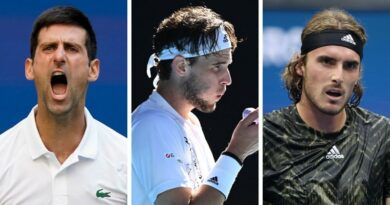 Get the jab or skip a slam: does professional tennis have a vaccination problem? 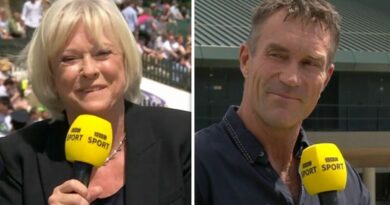