Home » Tennis » Osaka says she is pregnant in new ‘adventure’

Four-time major champion and former world No. 1 Naomi Osaka announced she is pregnant and indicated she will miss the entirety of the 2023 season.

“I realize that life is so short and I don’t take any moments for granted, everyday is a new blessing and adventure,” Osaka tweeted Wednesday, including a picture of an ultrasound. “I know that I have much to look forward to in the future, one thing I’m looking forward to is for my kid to watch one of my matches and tell someone ‘That’s my mom,’ haha. 2023 will be a year that’ll be full of lessons for me and I hope I’ll see you guys in the start of the next one cause I’ll be at [Australian Open] 2024.”

Osaka recently withdrew from the upcoming Australian Open, in which she is a two-time champion. She hasn’t played a full match since her first-round loss at the US Open and played in just 11 tournaments in 2022. Osaka hasn’t won a title since the 2021 Australian Open and hasn’t advanced past the third round at a major since either.

She has been candid about her mental health struggles and told reporters the sport was no longer bringing her joy after a third-round exit at the 2021 US Open. Osaka then took an indefinite break but returned at the start of the 2022 season.

Off the court, Osaka has remained the highest-paid female athlete, according to Forbes, due to her various partnerships and sponsorships. She started her own talent agency in 2022 alongside her longtime agent Stuart Duguid and has since signed Nick Kyrgios and Ons Jabeur as clients.

Osaka will be one of several mothers competing on tour when she makes her planned return. 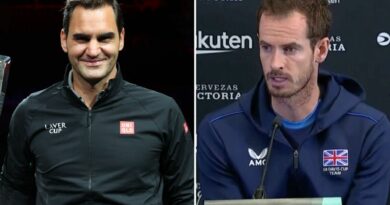