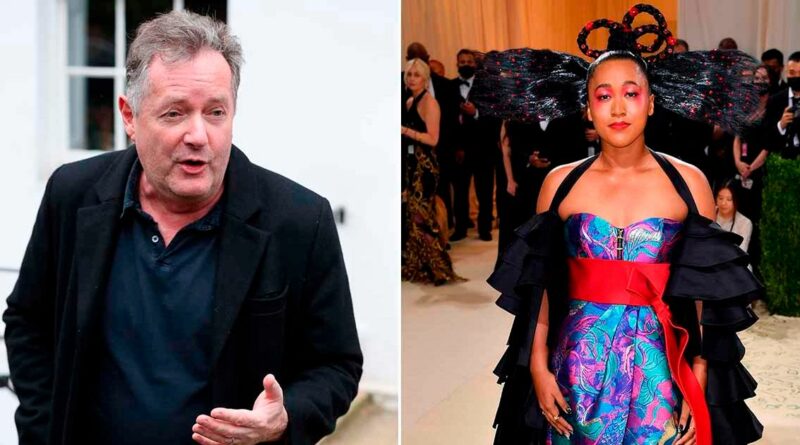 Piers Morgan has labelled Naomi Osaka a "fraud" in his latest swipe at the Japanese tennis star.

Osaka, 23, was flamboyantly dressed at the Met Gala in New York on Monday night, wearing a colourful corseted gown with ruffled silk, along with extravagant make-up and an eye-catching hair design.

It follows a difficult season for the four-time Grand Slam winner, who withdrew from this season's French Open shortly after announcing she wouldn't be fulfilling her media duties, citing the need to protect her mental health.

She duly took a break from the sport, pulling out of Wimbledon too, but returned in time for the Tokyo 2020 Olympics and US Open, where she was given a code violation during her third round defeat to Leylah Fernandez for repeatedly throwing her tennis racket.

The outspoken columnist Morgan, 56, has been a vociferous critic of Osaka since her French Open withdrawal, tweeting she had opted out of the tournament "because of the backlash to her attack on the tennis media for doing their job."

He continued: “I have a problem with high-profile people who exploit the media for huge financial gain and then attack the same media and use mental health as a weapon to silence criticism."

And in his latest column for the Daily Mail , the former GMB presenter accused her of hypocrisy.

After labelling New York Mayor Bill de Blasio a fraud for his attendance at the 'Oscars of fashion', he wrote: "And speaking of frauds, tennis star Naomi Osaka has spent most of the year whining, crying, throwing racket-breaking tantrums on court, and blaming the media for her poor form and mental health issues.

"Yet last night she rocked up, as sulky faced as ever, to parade in front of the world's media in an outrageous Louis Vuitton outfit that screamed 'GIVE ME ATTENTION!'"

His assessment of Osaka contrasted vastly with his take on Emma Raducanu's appearance, which came just 48 hours after her sensational US Open triumph.

"Emma Raducanu – who embraces rather than attacks the media – wore a fun, glamorous black-and-white Chanel ensemble that was entirely appropriate for a girl of 18," he wrote following her historic US Open run.

Morgan has been accused of performing a U-turn over Raducanu, after questioning her resilience when she withdrew from her fourth round match at Wimbledon this summer, citing breathing difficulties.

However, he has lavishly praised her displays at Flushing Meadows, saying she had learnt from her experience at SW19: "Brilliant to see her storm back better and mentally stronger," he tweeted.

"That's what champions do." 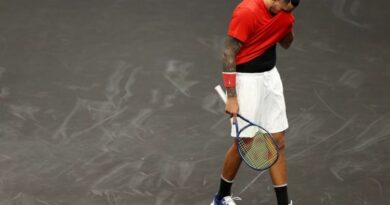 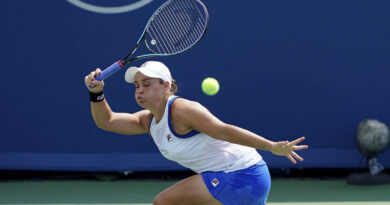