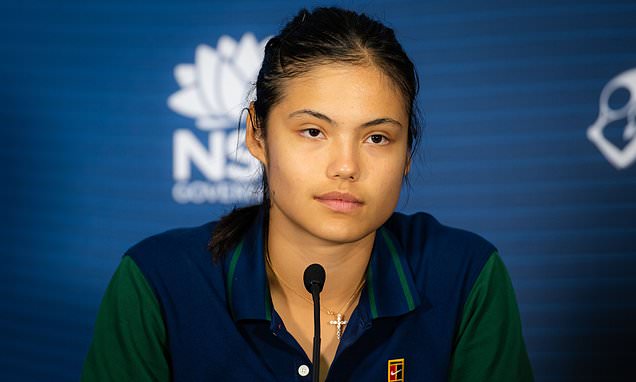 Emma Raducanu admits she hit the practice courts immediately after her chastening Sydney Tennis Classic defeat by Elena Rybakina, as 19-year-old Brit looks far from her best ahead of Australian Open first-round draw

Emma Raducanu’s first appearance this year resulted in such a short-lived thumping that she headed straight for the practice courts afterwards.

The only way is up for the US Open champion, who is unlikely to hold much fear for her potential opponents when the Australian Open draw is made on Thursday.

It was all too evident just how many gaps Raducanu has to fill in her game as she lost 6-0, 6-1 in only 55 minutes to world No 13 Elena Rybakina of Kazakhstan, at the Sydney Tennis Classic. 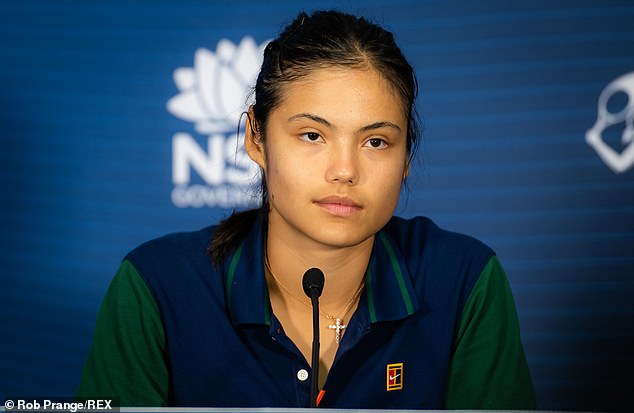 So comprehensive was the thrashing, she and new coach Torben Beltz immediately worked on post-match repairs.

‘After the match I got a box of balls and went straight to the practice court,’ the British No1 said. ‘I felt like I could have done some things better in the match and I wanted to try and fix it straightaway, just leave with a better feeling about it.’

On this evidence, Raducanu cannot be expected to survive the first week at Melbourne Park — although, as a seed, she will be spared meeting someone of this calibre in the opening rounds of the tournament.

Rybakina overpowered her on a speedy surface, confident after reaching the final in Adelaide last week.

Raducanu, by contrast, had her pre-season set back by contracting Covid before Christmas, and that is likely to make the first part of this season all the more difficult as she adjusts to her new world. Her serve was a shadow of the one seen in New York and she is already calibrating expectations for this year. 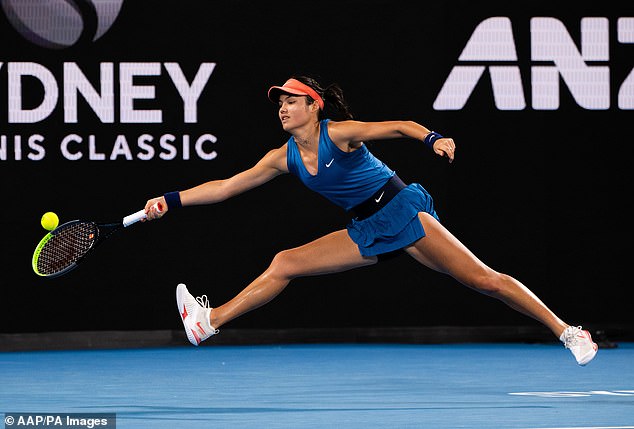 ‘I think one of my goals is not to get too down or too high,’ the 19-year-old said. ‘It’s to just try and keep a steady progress, tracking upwards hopefully.’

Having postponed playing from last week, Raducanu will enter only her third Grand Slam with a lack of hard-edged preparation.

‘I didn’t play tennis for 21 days and to come out and play Rybakina straight up is tough, but it’s good because I’m proud and happy that I put myself out there.

‘I could have easily said it’s too soon and just played next week, but I really wanted to test where I’m at. It’s just me being a step slow, a step behind. 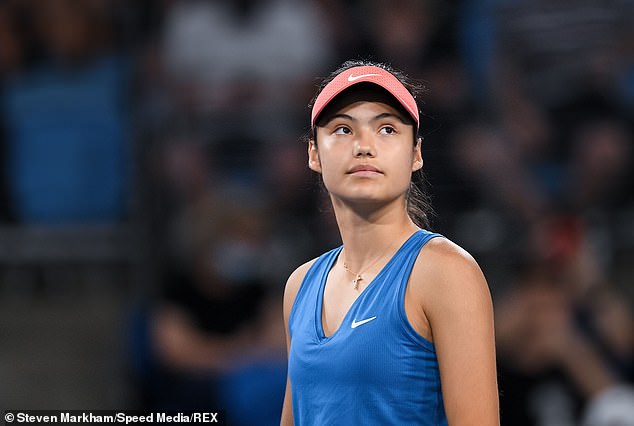 ‘She was sharper and more match tight than I was. I’m just at the start of my first (full) season.’

Most of Raducanu’s compatriots were playing in the Australian Open qualifying, where there were defeats for Katie Boulter and Jodie Burrage. Last year’s surprise qualifier, Fran Jones, had to retire.

Andy Murray fared better at the Sydney Classic, scoring his first win in Australia since 2019 by beating Norway’s Viktor Durasovic 6-3, 6-1.

The Scot, 34, revealed he was ‘really sick’ before Christmas and feared he had caught Covid again after playing at the super-spreading Abu Dhabi exhibition, but it was only a nasty bout of flu which affected most of his family.

‘I was expecting to get it when all the positive cases happened, and my coach got it as well,’ Murray said. ‘I did not play or train for 10 days.’ 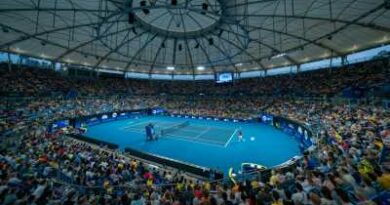 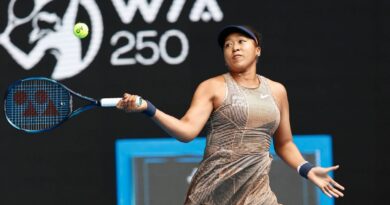 Osaka out of Melbourne tourney due to ab injury

Andy Murray has ‘no chance’ of winning another Grand Slam, according to Goran Ivanisevic