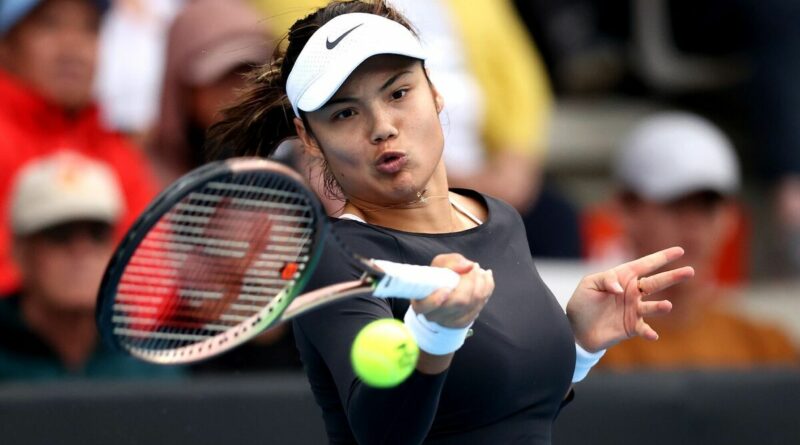 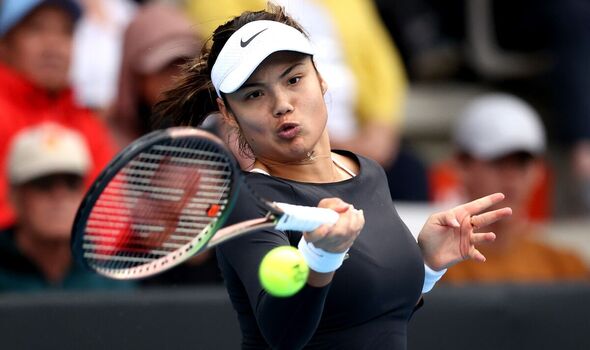 Emma Raducanu has been able to set her goals for 2023 after getting a year’s worth of experience on the professional tennis tour under her belt. The 20-year-old experienced a season of mixed results and injuries in what was her freshman year on tour in 2022 and is now hoping to learn from her experiences and achieve three key aims for her sophomore season. And she has already impressed with a gritty comeback win over Linda Fruhvirtova in her opening match of the year in Auckland.

Raducanu started her season with a 4-6 6-4 6-2 comeback win over the world No 79 on Tuesday, already showing improvement on some of her weaknesses from 2022 as she remained physically fit for the entirety of the two-hour-and-28-minute match as well as the two rain delays which lasted almost two hours in total.

The British No 1 will no doubt be happy with her performance, with her biggest goal being to remain healthy this season after an injury-prone year in 2022 that saw her retire from a match on four separate occasions. “I definitely found it very hectic, how intense the tour was, and full on,” Raducanu told the WTA ahead of the 2023 season.

“A lot of the time you don’t feel ready for the match or the tournament and you still have to keep going. It’s just nonstop, there’s no real breaks in it. I found that hard to keep going. As every tournament was taking a little bit more out of my body, one thing I struggled with was dealing with injuries.”

JUST IN: Andy Murray’s 2023 starts with disappointment as Brit loses to Korda

As well as a wrist injury that ended her season in October, Raducanu also suffered with physical problems in her leg, back and side as well as blistering, and is now aiming to remain fit and healthy for a full season. She explained: “So for 2023 my goal is to stay healthy for longer.

“I’m looking forward to working hard because I’ve got a better idea of what to expect now. So I’ll be less like a deer in the headlights.” As well as her fitness, the former world No 10 is also hoping to see her improvements translate into results on the tour as she bids to win her second career title after a historic run to the US Open crown in 2021.

Raducanu continued: “For a results goal I’d say it’s to win a title, and three I’d say is to be playing fearless tennis. Just not thinking about consequences. Just going for it. That’s my goal for this year.”

And the world No 78 was asked whether she thought she was fearless following her three-set win over Fruhvirtova, responding: “I mean there were moments for sure.” Raducanu will now hope that she keeps improving against her second-round opponent Viktoria Kuzmova when they meet on Wednesday. 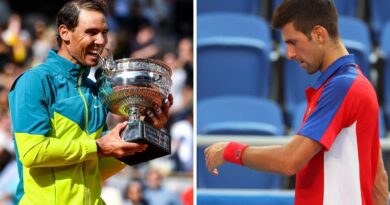 Heather Watson crashes out of Wimbledon after Anett Kontaveit destruction