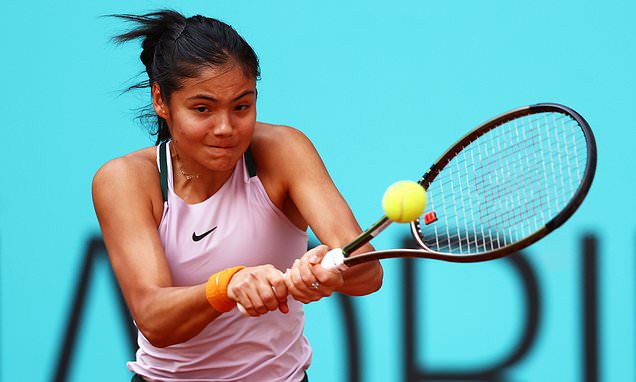 ‘It was like my head’s in the bin, but then I got back up’: Emma Raducanu battled through her A-level exams before enjoying a rapid ascent to US Open glory last year… 12 months on the teenage Brit looks back on her rise to success with pride

Emma Raducanu did not initially realise it, but her first-round win on Friday at the Madrid Open coincided with a significant anniversary.

Only when she saw an alert on her mobile, prior to defeating Tereza Martincova of the Czech Republic, did she know what happened exactly 12 months previously.

‘It’s funny because I was on my phone and I looked at it and it sent me the memories of one year ago today — I took my last maths exam,’ she said after setting up Sunday’s second-round match against Ukrainian Marta Kostyuk.

‘Then I was just reflecting on that and I was like, “Oh my God, 365 days ago I was sat in an exam hall doing paper three”.’ 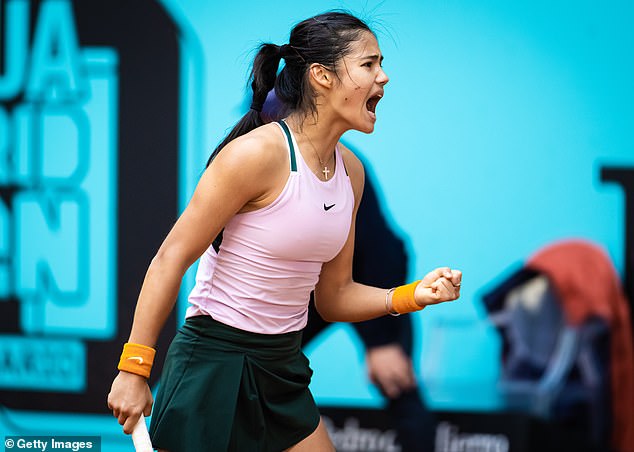 Even by then Raducanu was no ordinary schoolgirl. While some of her friends were able to get demob happy and plan a celebratory evening, she had other things on her mind.

‘That afternoon after my morning exam, I went to go hit some balls because I had to get ready very quickly for the grass season. I hadn’t played tennis for two months. I was like, “Wow, I’ve got a few weeks to get myself in shape to play my first WTA at Nottingham”.’

Naturally it took a while to shed the ringrust. Her first tournament was on the unofficial UK circuit known as the British Tour in Chingford, Essex. It required the paying of a £25 entry fee.

She won her first match but then lost to another Brit, the unknown Katherine Barnes, an aspiring pro from Norfolk. 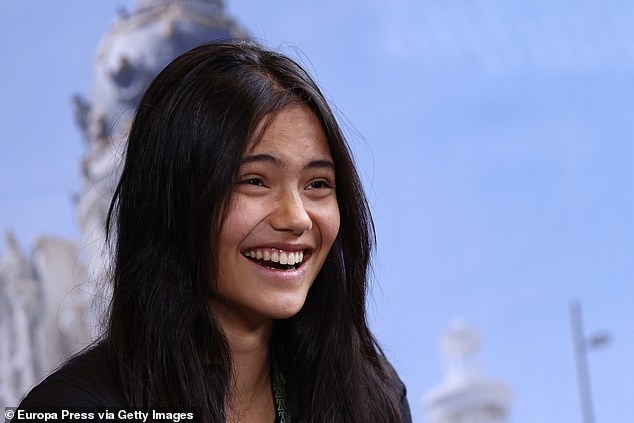 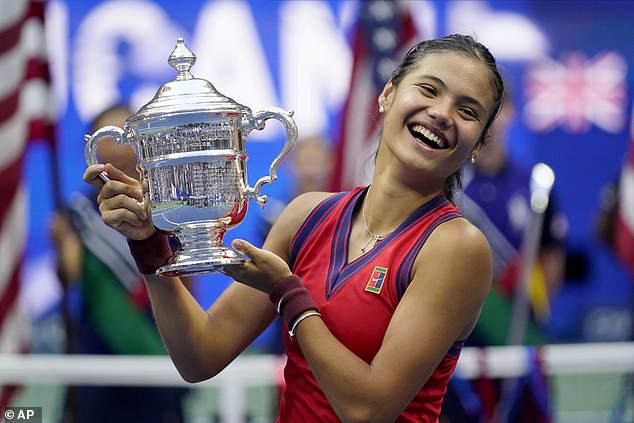 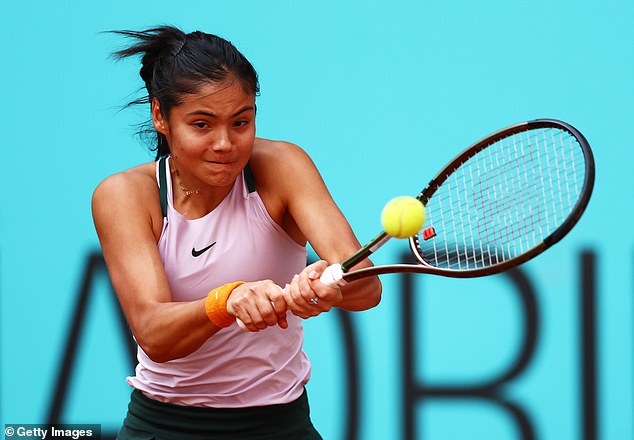 ‘I was really considering what was going on,’ she said. ‘Then the week after I got back up and played another Brit tour [at Felixstowe] and managed to win that — it was very ugly but I won it.’

Raducanu reflected that the struggle to regain any sharpness after her exams — she ended up with an A* in maths A-level — was essential to have gone through as she embarked on what became a remarkable ascent last summer.

‘I kept going and I feel like it’s that mindset of picking yourself up when you feel like you’re at the lowest of the low, like when I lost in the second round of a Brit tour. It was like my head’s in the bin but then I got back up and all was good and I had a great grass season.

‘I would have taken everything that’s happened and dealt with any sort of downs and losses, or whatever those feelings are. If you would have given me what I’ve had in the last year, it has given me a lot of side effects of satisfaction and being proud of myself.’

Few athletes in any sport have ever experienced such a dizzying rise. She was able to look back on the period before her life was changed utterly by reaching the fourth round at Wimbledon. ‘It’s 100 per cent just you and your tennis and you’re climbing your way up there,’ she said. ‘It definitely took me a while to adjust to everything that’s been going on.

‘But I feel that if you would have told me any of the results that I’ve had this year — like, for example, just winning a round in Australia — if I hadn’t won the US Open, that would have been a good result for someone who’s 19. Definitely, in more recent weeks, I’ve just taken more pleasure in the journey of it. Even when I’m losing, I find it a great challenge to pick myself up because it’s relentless getting yourself back up and I am doing that right now.’

There have been fewer setbacks on the clay than might have been anticipated three weeks ago when she started out on it. This despite the much-debated flux in her coaching situation, which is now likely to see the Lawn Tennis Association’s veteran doubles guru Louis Cayer used as a technical consultant over the coming weeks. 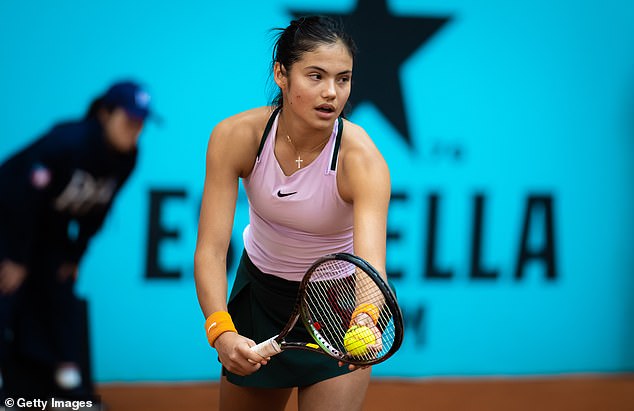 The 68-year-old Canadian has arrived in Madrid and, in addition to his duties with GB doubles players, will be doing some work with Raducanu. Cayer is highly regarded as an expert in shot- making mechanics and is among those to have spent time with her on court over the past month. How permanent a presence he might be is, as ever, open to question.

Starting with the Billie Jean King Cup tie against the Czech Republic, Raducanu is 4-2 on the clay, with one defeat a creditable loss to world No 1 Iga Swiatek. She said: ‘I went to Prague with zero expectations and to get a win there in such heavy conditions gave me a lot of confidence.

‘I’ve definitely been riding that. Coming here and winning my first round is very rewarding.’

Now she faces Kostyuk, the world No 60 who she came across in her junior days. The Ukrainian trained to a professional level during her teenage years, while Raducanu was combining studying with tennis.

‘Are you stupid?’ Daniil Medvedev rants at umpire during Australian Open semi-final against Stefanos Tsitsipas