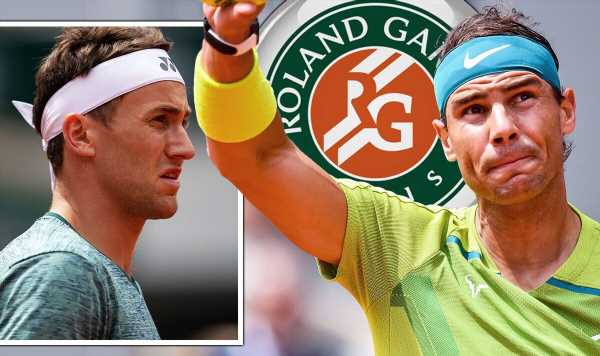 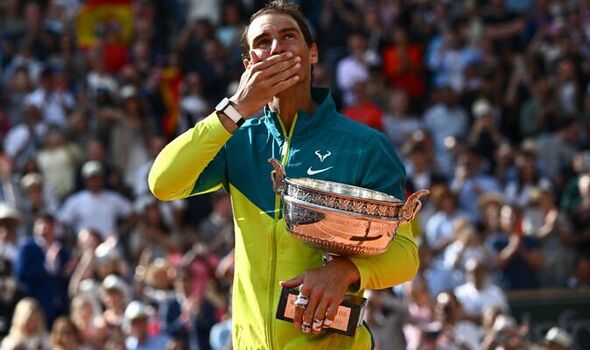 Rafael Nadal preserved his perfect record in French Open finals by powering to his 14th title at Roland Garros.

And the Spanish superstar also extended his male Grand Slam singles total to 22 to open up a clear lead on Novak Djokovic and Roger Federer. Nadal overpowered world No.8 Casper Ruud 6-3 6-3 6-0 in another one-sided final on Court Philippe-Chatrier.

Like Coco Gauff in the women’s final on Saturday, the Norwegian fought bravely in his first Grand Slam final but there was never the prospect of an upset. Not even the Siuuu-style shouting of his name after each point he won could help him dethrone the King of Clay.

Nadal has now won 63 of his 92 titles on clay and has won 112 out of 115 matches here. Ruud, 23, trains at Nadal’s tennis academy in Mallorca and described himself as his “student” before their first ever competitive meeting. But Nadal gave him a lesson in how to play and win matches on the big stage.

Cheered on by the King of Spain and Hugh Grant, the Spaniard raced to the final 11 games to bring a rapid end to the contest in two hours and 18 minutes. Nadal broke Ruud in his first service game to lead 2-0 before giving back the break in an uncharacteristically poor service game which saw him commit two double faults and hit a weak forehand into the net.

But the Spaniard broke straight back and he took his fist set poinot when Ruud’s backhand service return cannoned into the chair of British umpire James Keothavong.
Ruud saved three break points and then again broke Nadal at the start of the second set to lead 3-1 when Nadal served his third double fault. But the match then quickly ran away from the Norwegian.

He took his third set point when Ruud pulled a forehand wide and the arena rang out with the cries of “Rafa, Rafa”.

The Norwegian missed an easy backhand volley to be broken for a second time to trail 0-4 in the third set. And Nadal broke for Ruud serve for an eighth time by taking his second match point with a backhand winner down the line. 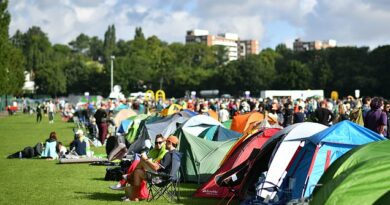 Wimbledon's famous Queue will make a comeback in 2022