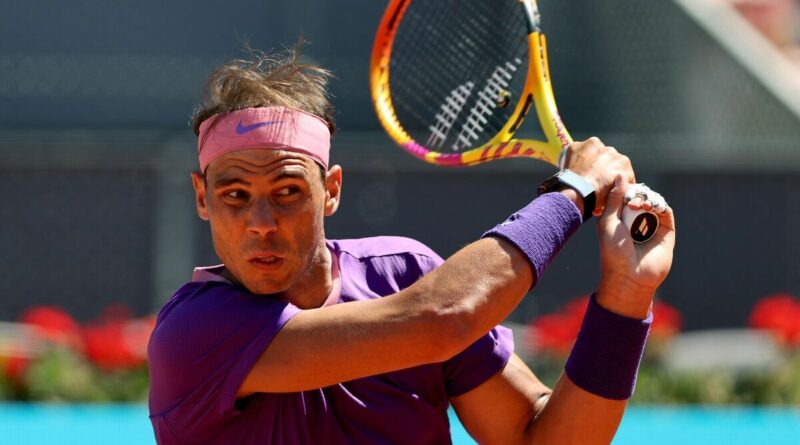 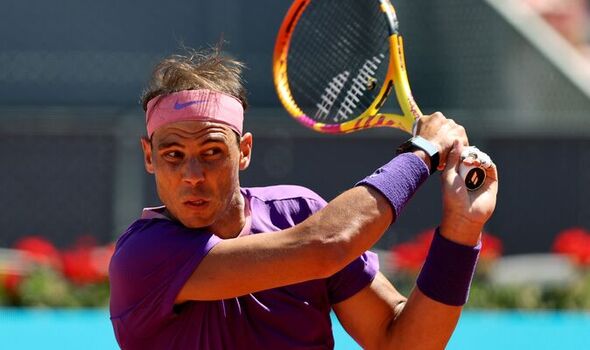 Rafael Nadal has confirmed that he will be making his comeback in Madrid after injuring himself in Indian Wells. The world No 4 has been out for almost six weeks after suffering a stress fracture in his rib but will now return at next week’s Masters 1000 event with the French Open looming.

Nadal confirmed he would be sidelined for four to six weeks after fracturing his rib during his Indian Wells semi-final, and has now announced that he will be back in action at next week’s Madrid Masters. But the Spaniard doesn’t appear to be completely in the clear, as he admitted he had arrived before he was fully prepared to compete again.

“Despite arriving just before preparation and being difficult, I really want to play and play at home since the opportunities are few,” he tweeted on Tuesday. “To try to do it in the best possible way. See you in Madrid.”

It comes after his uncle and former coach Toni Nadal admitted that the 21-time Major champion was planning to travel to Madrid and decide whether he would compete based on his form and fitness. The five-time champion in Madrid only returned to a tennis court for the first time in four weeks last Monday, and is already set to compete again.

Sharing a photo of himself on the clay courts at his Rafa Nadal Academy in Mallorca last week, he wrote: “Today after 4 weeks without stepping on a tennis court, first soft training. What an illusion to step on the earth again!”

His academy then shared some footage of the man dubbed the ‘King of Clay’ practising his forehands while rallying on Thursday. Nadal has already been warned about coming back as early as next week with the French Open looming.

The 35-year-old is a 13-time champion at the tournament and one of the favourites to lift the title, which would allow him to extend his overall Grand Slam record to 22. Last week, his compatriot Alex Corretja told Eurosport: “I think he will need to think what is best for him in order to be perfect for Roland Garros because [whilst] it would be great if he can be in Madrid and it would be unbelievable if he can be in Rome, he can’t hide that his main goal is to be perfect for Paris.”

Weighing up the best option for Nadal, the retired former world No 2 continued: “And what’s the best preparation for Paris? Two tournaments including that one in Madrid or skip and practice and get ready in Rome to see how it goes? And then Paris – only time will tell that. But it’s going to be a very tricky decision because skipping Madrid would be a pity for him, but at the same time we know how risky Madrid is from a professional point of view.”

Nadal will also have some tough competition in his first tournament back, with world No 1 Novak Djokovic back to playing a regular schedule after his unvaccinated status kept him out of the Australian Open, Indian Wells and Miami. Andy Murray will also be in action after taking a wildcard to get some competitive matches in before the grass-court season.