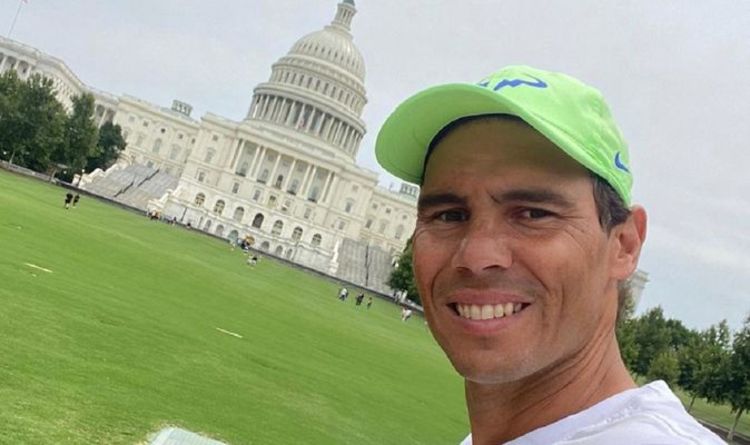 Rafael Nadal practices ahead of US Open tournament

Rafael Nadal has been delighting fans in Washington, D.C. on what is his first trip to the American capital. The world number three is currently making his debut at the Citi Open and has been taking the opportunity to see the sights in between matches. However, fans were quick to notice when he accidentally tagged himself at the White House when he was in fact visiting The Capitol.

Nadal opted to start his North American hard court season early and enter the Citi Open tournament for the first time in his career, after a foot injury forced him to miss Wimbledon and the Olympics.

It’s his first tournament in almost two months, since he suffered a shock defeat at the hands of Novak Djokovic in the Roland Garros semi-finals.

While the 13-time French Open champion is no stranger to the clay courts of Paris, it’s a different story in Washington this week as he has never visited the capital city.

The 35-year-old has been making up for lost time and playing tourist between his matches and practice sessions.

JUST IN: Osaka withdraws from US Open warm up tournament ahead of title defence

While exploring the city, Nadal has been sharing his exploits on Instagram but suffered a social media blunder when he wrongly tagged the White House in one photo.

Posting a selfie in front of The Capitol, the 20-time Grand Slam champion tagged his location as The White House and captioned it: “Hi DC!!! First time here and loving it!!!!”

His fans were quick to point out that he had mistaken the grand building on Capitol Hill for the Presidential residence but the Spaniard insisted it was a typo and corrected the tags to reflect the real location.

In a series of hilarious comments, Nadal replied to a number of people who told him he’d used the wrong location tag.

One person said: “Glad you are enjoying DC. But that’s the US Capitol Building not the White House.”

Nadal replied: “yeap. Typo. Sorry. Had another one but…”

Another asked whether the building in question was actually the Capitol, with the former world number one writing: “yes it is” with a laughing crying emoji.

Seeing the funny side of his mistake, he replied to a comment simply saying: “#notthewhitehouse” with his own blunt hashtag: “#Definitely”.

It wasn’t the only entertaining social media post from his exploits in Washington either.

Nadal took to his Instagram story on the same day to share a photo of himself standing by a bicycle, wearing a helmet over the top of his neon cap.

He wrote over the picture: “Yeah, it’s me with a helmet…”

The world number three has also been gushing over the American capital in his press conferences at the Citi Open, and likes one unique thing about the city in particular – its low buildings.

Ahead of the tournament, he said: “I love to be here in Washington because is not only a new event for me, is a new city. I am able to visit one of the most important cities in the world. And honestly, it’s a very beautiful city. I have been able to walk around little bit the last couple of days. I am very impressed. I hope to have a chance to visit little bit more the city during the next couple of days.

“But what I saw, so beautiful. A very green city, lower buildings than most of the American big cities. I am enjoying the city, I’m enjoying the people. Yeah, having fun.” 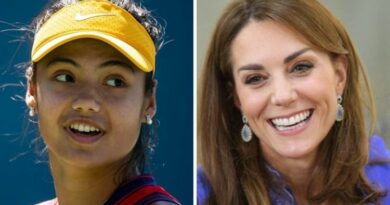