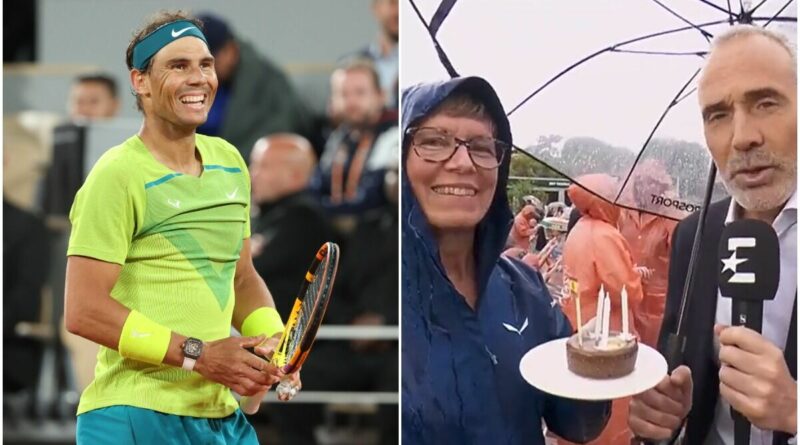 One Rafael Nadal fan made a cake for the Spaniard on his birthday ahead of his semi-final with Alexander Zverev. At the French Open, a spectator went the extra mile to celebrate Nadal’s birthday with a cake she made specially and brought to the Paris venue.

As Alex Corretja on the Eurosport coverage previewed the semi-final between Nadal, who turned 36 today (Friday) and Zverev, he met a fan from Belgium that was celebrating Nadal’s birthday. Corretja joked when asked by presenter Barbara Schett-Eagle if he had made a cake by replying: “Yes all night, I spent so many hours working on the little gateaux. I am going to show you because this is very interesting, they are going to play indoors and we are under the umbrella but still there are so many people here they are going to watch the match in the biggest green.

“We have a lady here who has prepared a little cake for Rafael Nadal which we appreciate.”

She introduced herself as Nicole and made it clear by responding to Corretja that she was supporting Nadal, saying “Happy birthday Rafa!” while holding up the cake that she made with candles and the Spanish flag on.

Corretja added: “Thank you we will give it to Rafa, it’s chocolate with some water on it”, referring to the rain that was pouring down in Paris. “It’s very nice that they are here even though it is raining”, the ex-Spanish player said.

Schett-Eagle made sure to tell Corretja not to leave the cake with the fan, as she and Tim Henman on the broadcast were coming to Paris the next day and wanted to sample the cake. Nadal has been given a warm welcome by the fans at Roland-Garros on his birthday, as he made his entrance to the court a group of fans sang happy birthday to him.

Nadal could extend his Grand Slam record to 22 trophies with a win in the final should he defeat Germany’s Zverev in the semi-final, but the Spaniard has downplayed the importance of the record and insisted it doesn’t “matter much” to him. He said: “From my perspective, of course there is always a conversation about the player who finish with more Slams or who is the best of the history, but from my perspective doesn’t matter that much.”

Nadal was handed a disadvantage as the wet conditions in France meant that the roof on Court Philippe-Chatrier has been closed for his last-four clash.

He has previously lost to Zverev indoors and does not have titles at two of the biggest indoor events, the Paris Masters and the ATP Finals. He will be happy to play in the earlier session though, having complained that his quarter-final victory over Novak Djokovic finished in the early hours of the morning. 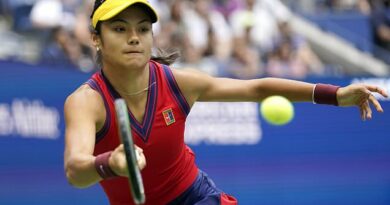