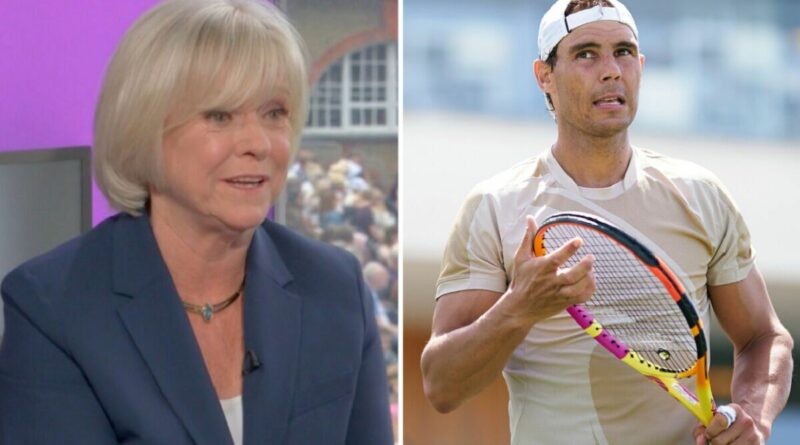 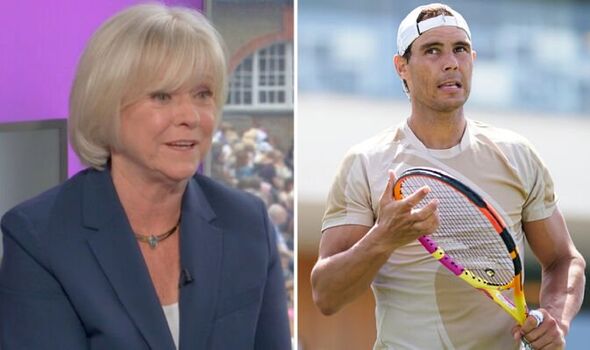 BBC tennis presenter Sue Barker is confident Rafael Nadal will play at Wimbledon later this month despite his injury problems – because he’s flying over to England on Monday. Barker was discussing Nadal’s season so far with John Lloyd and Andrew Castle on the BBC’s coverage of the Queen’s Club Championships final between Matteo Berrettini and Filip Krajinovic.

The Spaniard confirmed in a press conference this week that his “intention” is to play Wimbledon. He said: “My plan is to do a week of training and play some exhibition. I’m happy – on a day-to-day basis I have less pain. We have to wait and see how everything evolves in the coming weeks.”

Nadal has been having radiofrequency treatment to numb the nerves in his foot having suffered from a chronic problem in the past few years. The 36-year-old played through the pain to claim his 14th French Open earlier this month with a straight-sets defeat of Casper Ruud.

But with some fears Nadal may have to pull out of Wimbledon, Barker – who won the French Open herself as a player in 1976 and has long been the face of the BBC’s tennis coverage – is confident the 22-time Grand Slam champion will be in action at SW19.

Barker, who will retire as a presenter after Wimbledon after 30 years’ service, said: “I hope he [Nadal] will [play]. And I think he will. I think the fact he’s travelling here, he must be feeling OK. He’s such a great talent. This foot injury, we didn’t realise he’d been playing in pain for so many years!”

After watching a highlights reel of Nadal, Barker had said: “Rafael Nadal there, what a year he’s had. I was thinking in December after he had foot surgery to come back, ‘Will we ever see him play well again? Or even play again?’ Now look where he is.”

Commentator Castle responded: “The Australian Open was amazing, he beat Berrettini in the semi-final who we’ll watch in the final here. Then he wins it. It [the final] was one of the classic matches of all time, he was out of it every step of the way [vs Daniil Medvedev].

“The guy has a spirit and a willpower that is unequalled across any sport in my view. It happens to be that tennis has had three or four guys like that all at the same time. We’ve seen standards continue to rise. He’s chasing history now. He’s only played seven tournaments this year, two of them were Grand Slams which he won.

“How do you win the French Open 14 times? I don’t even know how you win 14 points on the French clay, let alone 14 times. He’s continued to rewrite the history books. He’s going to be at Wimbledon as well. Whether he plays or not will depend on his recovery from a minor foot operation. He’s said he’s playing with pain but he’s also playing for history.

“That’s a balance he’ll have to find. He brings a glamour to the court and a game I can’t get enough of. I hope very much he’s playing at Wimbledon and I think he will.” Wimbledon gets underway on Monday 27 June with Nadal set to be the second seed. Novak Djokovic will be the No 1 seed. 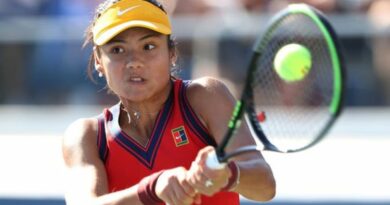