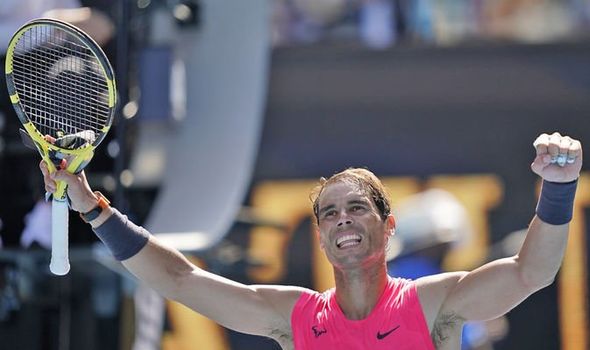 Rafael Nadal says happiness in his personal life is of greater importance to him than surpassing Roger Federer’s Grand Slam record. Nadal got his Australian Open campaign off to the best possible start when he outclassed Hugo Dellien on Rod Laver Arena.

Nadal can go level with his great rival Federer on 20 majors with success in Melbourne.

The Spaniard is five years younger than Federer so the likelihood is that he will eventually surpass the Swiss.

But the possibility of Nadal accomplishing the feat this year is a tantalising prospect.

The 33-year-old has always insisted he is not targeting the record and wants to focus on every tournament he players. 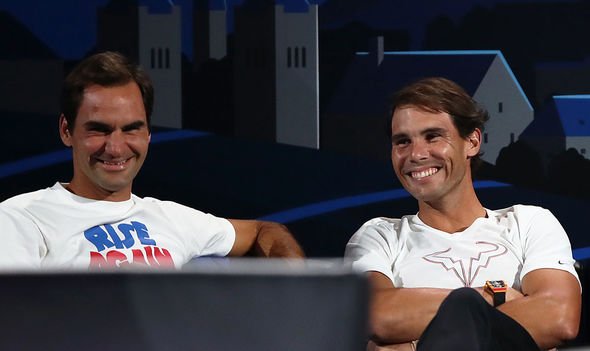 And in an interview with the ATP, Nadal said enjoying his life means more to him than the record.

He said: “The reality is simple: You can have all the titles you want, but if you don’t have the capacity to be able to enjoy life with people that you love, and that love you, what does anything else matter? That’s how I see it. The thing is that my future happiness doesn’t depend on surpassing Federer. This is the end of the story.

“I won’t find complete happiness by winning 20 or even 25 Grand Slams.

“Does it excite me? Of course, it excites me because this is what I do and I want to be as good as possible, but so many good things have happened to me throughout all these years that all I can do is be grateful for life and the people that have helped me.” 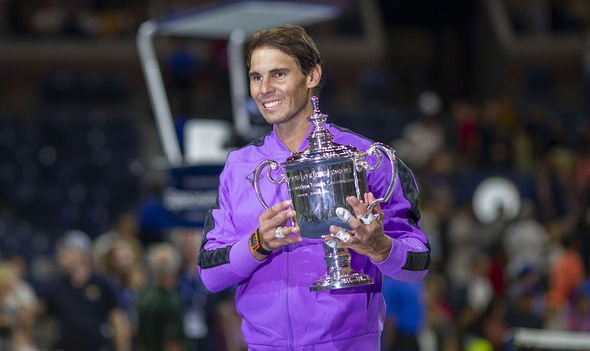 Instead, Nadal insisted his real happiness came from off the court factors.

He added: “The sport side of things excites me, but I don’t get confused or obsessed.

“A few months ago, I won the US Open and then we won the Davis Cup with the Spanish team, but here we are again at the Australian Open.

“Did that make me happy? Of course, it made me happy, but here we are back in Melbourne. What I mean is, life goes on. And if I hadn’t won all of that? Well, possibly we’d still be here, just the same, and we wouldn’t be unhappy.

“Victories give you a fleeting happiness, real happiness comes from other things in life.

“And although we may be experiencing victories or defeats in the world of sport right now, there are more important things in the world than all of that.

“Of course, in those moments I am affected by playing well, badly, winning or losing.

“Of course, it affects my current happiness, but not my future happiness… I can assure you it doesn’t.”