Wimbledon is eagerly anticipating more stunning action today as Rafael Nadal looks to book his place in the semi-finals. The Spaniard faces American Taylor Fritz, the 11th seed going into the tournament. Nadal will also be keeping one eye on the quarter-final today, as Australian Nick Kyrgios faces Cristian Garin. Kyrgios and Nadal have played against each other before, and on occasion, it has sparked a fallout between the two tennis stars.

In 2019, Kyrgios beat Nadal in a tight three-setter at the Mexican Open on his way to winning the tournament.

But after the match, Nadal hit out at his opponent for complaining about how long each serve was taking.

After the tense game, Nadal said: “He’s a player who has enormous talent, could be winning grand slams or fighting for the number one ranking.

This didn’t leave Kyrgios best pleased. He responded: “He doesn’t know anything about me. So, I’m not going to listen at all. That’s the way I play. 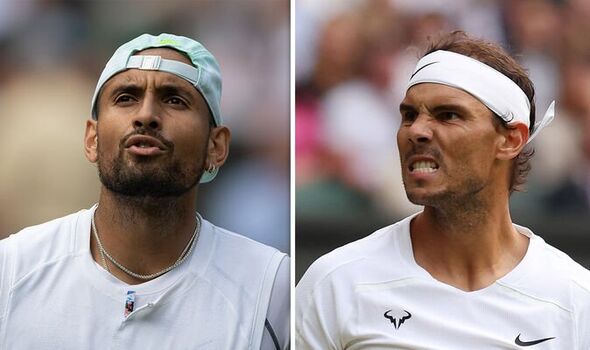 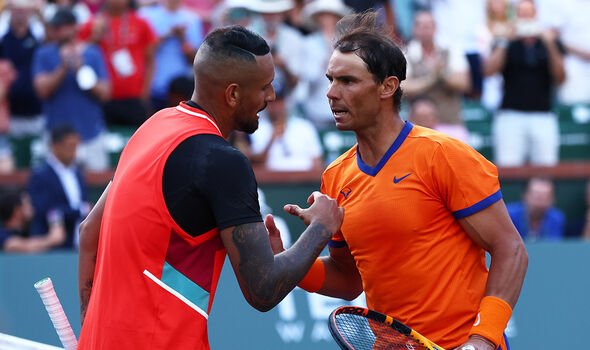 “The way he plays is very slow in between points. The rule in the book says he has to pay to the speed of the server, but Rafa has his speed every time, so I’m not going to comment on him.

“He’s got his own game. I’ve got my game. We played well. That’s the sport. People are different so I’m not going to take that into consideration at all.”

He said: “Rafa is totally right. He [Kyrgios] lacks education and smartness. He should be fighting for the top rankings and instead, he is number 40.

“He does not look like a bad guy but he has been disrespectful too many times to get back on track.”

Speaking on the No Challenges Remaining podcast, he said: “When he wins, it’s fine. He won’t say anything bad, he’ll credit the opponent, ‘He was a great player’. But as soon as I beat him, it’s just like, ‘He has no respect for me, my fans and no respect to the game’. 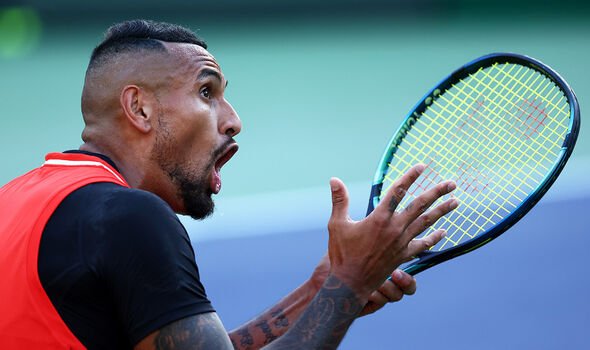 “It’s not a good look for you, I feel. And then uncle Toni came out saying, ‘He lacks education’. I’m like, ‘Bra [brother], I did 12 years at school, you idiot. I’m very educated. I understand that you’re upset I beat your family again’.”

Then, in July 2019, Nadal and Kyrgios were once again on the same court as they faced off in the second round of Wimbledon.

As Nadal emerged victorious, Kyrgios received a code violation for unsportsmanlike behaviour after hitting Nadal with the ball deliberately.

“I don’t care. Why would I apologise? I mean, the dude has got how many slams, how much money in the bank account? I think he can take a ball to the chest, bro. I’m not going to apologise to him at all. 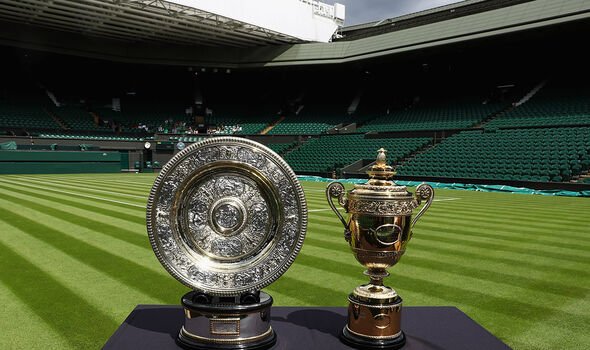 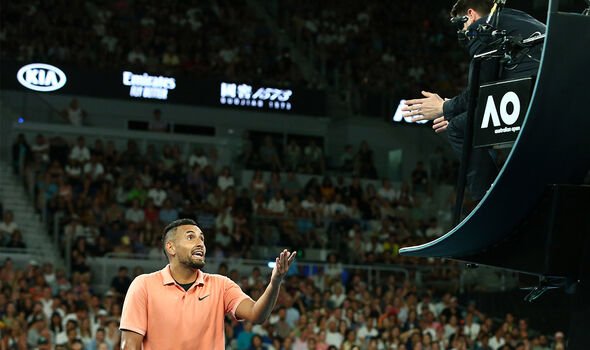 “I was going for him. Yeah, I wanted to hit him square in the chest. Like, he’s got decent hands.”

Kyrgios has also been in an outspoken mood at Wimbledon 2022, shouting at umpires and receiving more code violations.

But his tournament is now going to be marred by issues off the court.

It was reported Tuesday that Kyrgios will appear in front of a Canberra Court on August 2 as he faces one charge of common assault.

He has been accused of assaulting his ex-girlfriend Chiara Passari.

Kyrgios’ legal team have since responded to the allegations and said Kyrgios isn’t officially charged until his first appearance in court.

His legal representative said this week: “It’s in the context of a domestic relationship.

“The nature of the allegation is serious, and Mr Kyrgios takes the allegation very seriously. Given the matter is before the court … he doesn’t have a comment at this stage, but in the fullness of time we’ll issue a media release.”

Wimbledon prize money: How much will men’s and women’s winners earn? 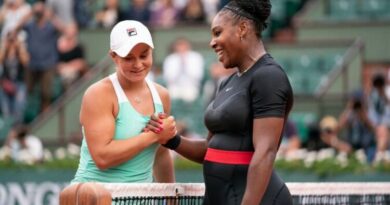