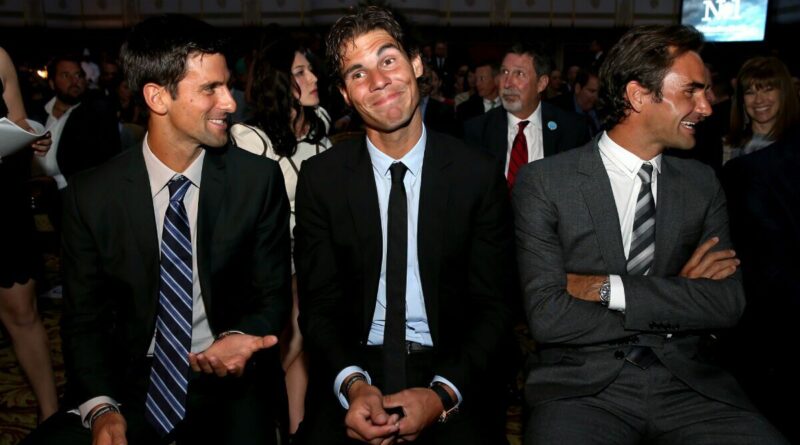 Never one to steal undue limelight, Rafael Nadal has always been happy to pile praise on his peers and is often particularly complimentary toward long-time friend Roger Federer. So much so that he made an audacious prediction regarding his fellow tennis legend almost 12 years ago.

It was during the build-up to the 2011 Wimbledon final—while Federer-mania was still at its peak—that the Spaniard forecasted Federer’s mountain of major titles would never be topped. The Swiss star’s score stood at 16 at the time, while Nadal followed with 10 and a Wimbledon final debutant by the name of Novak Djokovic had a paltry two to his tally.

“The career of Roger is probably impossible to repeat – and I believe the number he has is not going to stop where it is,” said Nadal in July 2011, just prior to facing ‘Nole’ in that year’s decider at SW19. “He will have more chances to win more. It’s going to be strange if within three or four years one player wins more than him, and he’s the best ever. Probably that’s not gonna happen.”

It just so happened that 2011 proved to be a turning point for Federer and the first time in nine seasons that he failed to win at least one Grand Slam (dating back to 2003). The formation of ‘The Big Three’ meant many fans’ ‘GOAT’ went from winning 16 majors across an eight-year span to clinching just four more crowns over the following eight.

Fast-forward to today and we now know just how wrong Nadal was. Not only has 21-time winner Djokovic caught up to overtake Federer’s total of 20 Grand Slam awards, but Nadal himself has ruled the roost since last year with 22 of his own.

It was Djokovic’s expulsion from last year’s Australian Open that gave the Majorcan his chance to climb ahead in the title stakes before claiming a two-trophy lead at Roland Garros. Nole can climb back level in Melbourne as he prepares to make a much-anticipated return to the field, however, while Nadal is the top seed Down Under after world No. 1 Carlos Alcaraz was forced out due to injury.

While Federer’s late record may be a thing of the past, it’s a testament to his talent that one of his equals was quite so convinced his standard at the four majors would never be bested. There was a time when ‘Rog’ looked particularly peerless at Wimbledon and the U.S. Open, scooping up 11 of the 14 titles on offer in London and New York between 2003 and 2009.

It’s safe to say Nadal and Djokovic have also found their ‘happy places’, each boasting record title hauls at the French Open and Australian Open, respectively. The former sealed his 14th success in Paris last year, while the latter makes his comeback in Melbourne this month seeking a 10th title, which would also bring him back level with Nadal on 22 Grand Slams apiece.

There’s little telling how Federer might have galvanised his legacy further had injuries not hampered the latter half of his career quite so badly. Plenty of pundits and fans alike will still consider him the game’s ‘GOAT’, but Nadal and Djokovic have each accomplished enough to put themselves firmly in that frame.