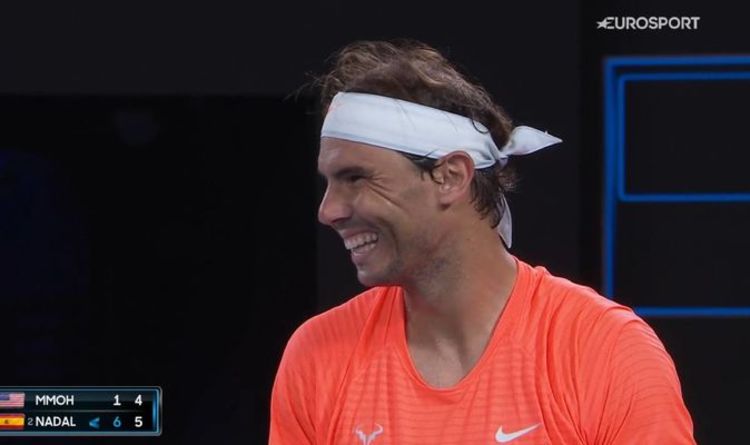 ATP Finals: Rafael Nadal practices ahead of the tournament

Rafael Nadal joked he didn’t want to know the fan who interrupted his serve during his second-round match against Michael Mmoh at the Australian Open.

A fan was thrown out of the Melbourne Arena during Nadal’s straight sets win over Mmoh.

When asked about the fan’s antics, Nadal joked he didn’t want to have any involvement with her.

Nadal said: “I don’t know her.

“Honestly, I don’t want to know her!” 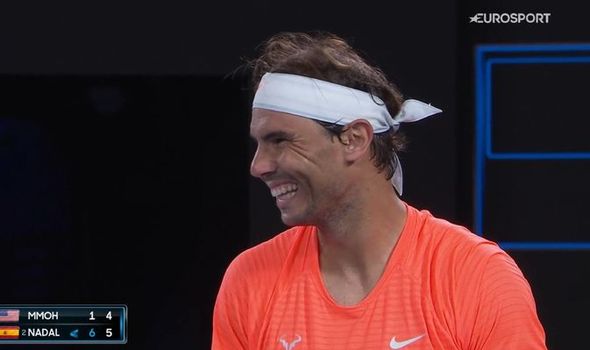 Nadal coasted to victory against Mmoh at the Australian Open.

Playing well after midnight local time, the Spaniard looked on top form as he brushed the American aside.

He dropped just one game during the opening set, and was on course to win the second before his service game was interrupted.

Nadal was 5-4 up in the second set and about to serve out to go 2-0 up, but his motion was disrupted by a vocal fan in attendance.

The fan made herself known to everyone in attendance by shouting, before being told by the umpire to be quiet.

She then appeared to hold two fingers up to the seated official, much to the displeasure of everyone else in attendance.

Nadal kept his composure to win two more points, but was then disrupted yet again by the same fan, who was seen waving her arms around and shouting.

Things were made even stranger when the fan, who had previously given a thumbs up to Nadal, stuck her middle finger up to the world number two. 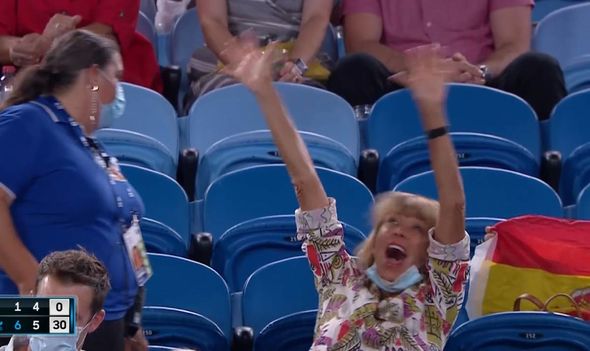 Nadal laughed and appeared to reply by asking: “Me?” before the fan was ejected.

The Spaniard kept his composure and continued to steamroll his way into the third round.

He served out the rest of the set before winning the third and final set in style with a 6-2 scoreline.

Nadal will play Cameron Norrie, who is the final Brit remaining in the tournament, in the next round.