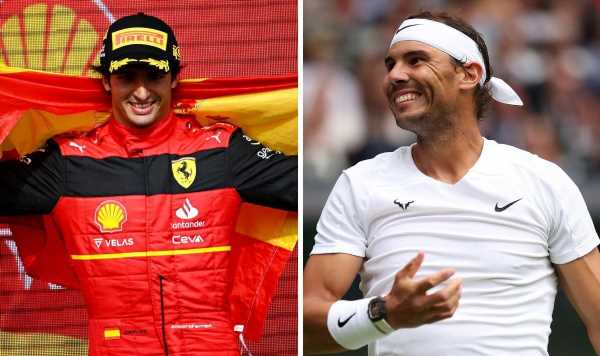 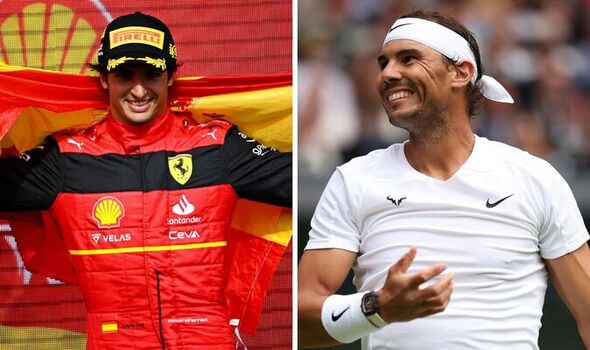 Rafael Nadal has sent Carlos Sainz a message after his fellow Spaniard won his first Grand Prix at Slverstone on Sunday. The pole-sitter overtook Charles Leclerc after a late safety car incident to come out on top at the British Grand Prix.

Sainz has been congratulated by another Spanish sporting star after 22-time Grand Slam winner Nadal took to Instagram to send his countryman a six-word message following his maiden Grand Prix victory. The tennis icon himself is also in the country for Wimbledon, where he will play his fourth-round match on Monday.

“Congratulations @RafaelNadal !! The best tennis player in history!!” the 27-year-old tweeted after Nadal beat first-time Grand Slam finalist Casper Ruud to rewrite history at the French Open. The Silverstone winner was also one of the first to congratulate his fellow Spaniard when he broke the Grand Slam record in Melbourne earlier this year. 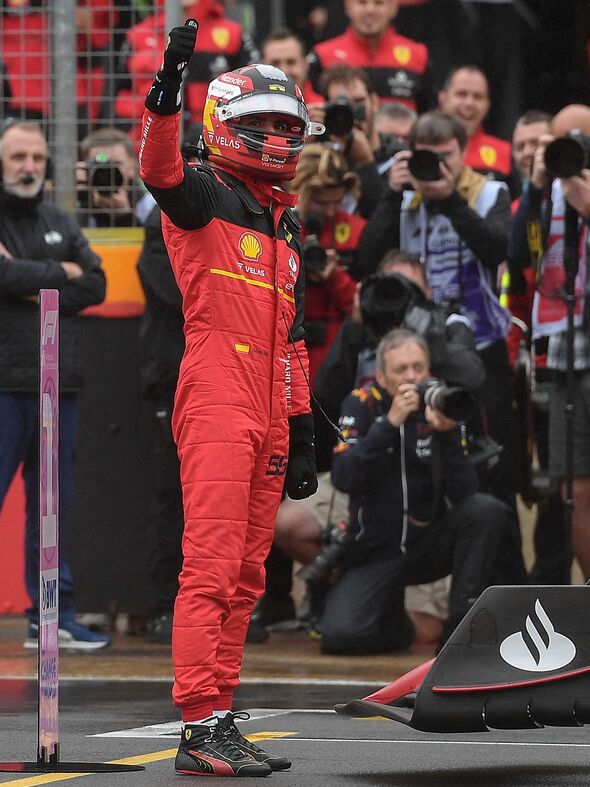 “There are no words to describe what @rafaelnadal has achieved today,” he wrote after the 36-year-old won a 21st Grand Slam title at the Australian Open. And both men will be hoping to build on their success, with Sainz still looking for his maiden driver’s championship, now sitting in P4.

Meanwhile, Nadal is hoping to continue his undefeated streak at the Majors this year as he is through to the second week of Wimbledon. The Spaniard won the first two Grand Slams of the year for the first time in his career, putting him in contention for the Calendar Slam. 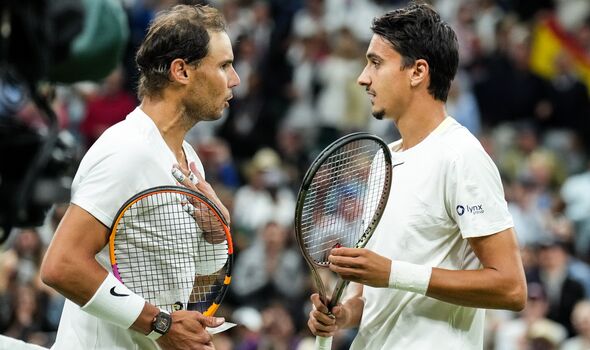 But his route to the fourth round wasn’t without some trouble as he became embroiled in a spat with opponent Lorenzo Sonego in his match on Saturday evening, calling the Italian to the net to air his grievances about a loud noise the 27th seed had made.

Nadal quickly apologised in his post-match press conference as he said: ”Well, first of all, I have to say that I was wrong. Probably I will not — I should not call him on the net. So apologise for that. My mistake in that. No problem. I recognise that.” 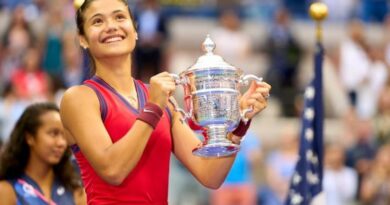 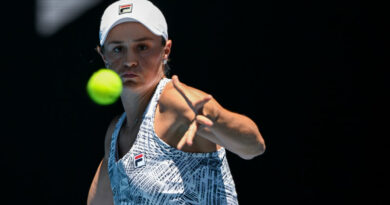