Rafael Nadal will once again play at the Barcelona Open in April as part of his preparations for the French Open. Nadal has won the tournament at the Real Club de Tennis Barcelona a stunning 11 times. This year, Nadal was beaten by Dominic Thiem in the semi-finals but he would get his revenge at Roland Garros in June by beating him in the final.

And it has been announced the ‘King of Clay’ will be back at the tournament in 2020.

David Ferrer, sports director of the tournament, said: “Rafa’s participation is very important for the tournament – he says – and this time it will be even more so because he will play to recover the title he gave in 2019.

“I personally am proud to announce this news not only from the sporting point of view, but for many other reasons that make Rafa an exceptional athlete with a series of values of all kinds that make him a role model.

“Having Rafa is a luxury that we have to know how to value.” 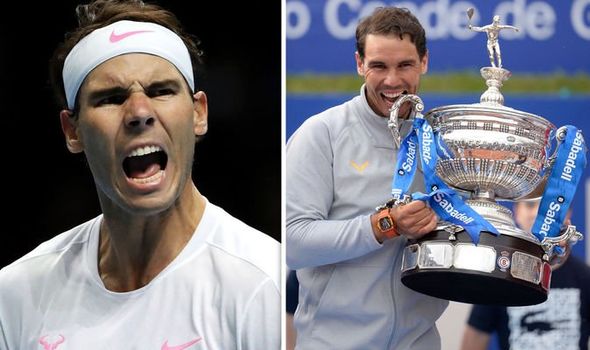 Barcelona will likely be Nadal’s second tournament of the clay-court season.

The 33-year-old is first expected to play at the Monte-Carlo Masters, where he is the 11th-time champion.

After Barcelona, Nadal will be in action again in Spain at the Madrid Open before competing at the Italian Open in Rome.

Speaking last month while on a tour of Latin America, Roger Federer paid tribute to Nadal after he finished as year-end No 1. 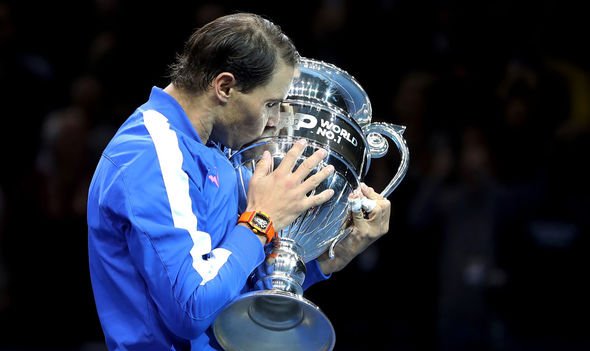 “Who would have thought he was going to be world No 1 again this year after being No 1 for the first time 11 years ago?

“All the people were saying he is going to be injured, not make it, not going to be healthy at one point, his game is too brutal.

“But he found a way and he’s had another incredible season with two Grand Slam wins this year.

“He’s at 19 Grand Slams now. I really enjoyed sharing the court with him at Laver Cup twice.

“I learned a lot from him, he is a great champion, is great for the game and I’m happy we’ve had the matches and battles that we had, particularly at Wimbledon, French Open, even in Australia.

“We’ve had some massive matches and he’s going to go down as maybe the greatest players of all time, he’s that good of course.”

Dimitrov positive for covid after playing basketball with Djokovic