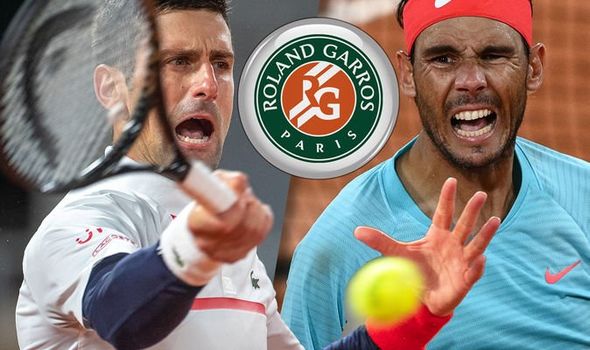 Rafael Nadal has been told he has ‘no chance’ to beat Novak Djokovic on Sunday if the two reach the French Open final. That’s according to Goran Ivanisevic who believes the Roland Garros conditions favour the Serb.

Nadal and Djokovic are in semi-final action today as they look to reach the showpiece event on Sunday.

The Spaniard is up first from 1.50pm when he takes on Diego Schwartzman before Djokovic faces Stefanos Tsitsipas.

Tennis fans will hope for both Nadal and Djokovic to progress and book a dream final on Sunday.

But Ivanisevic thinks Nadal has no chance against the Serb with the conditions a factor.

“I’m counting on Novak – Nadal in the final, in which, in my opinion, Nadal has no chance in these conditions, on this clay and with Novak, who has got into his head,” he said.

“I went a little too far, but in my opinion Novak is the number one favorite.

“He brought his body, his head and preparation to perfection.

“He prepares everything in detail, from tactics, technique, to nutrition, and he adheres to it.

“That’s the most important thing because I couldn’t stick to half of it, but he knows it makes him better, he wants to progress every day and it’s very interesting to work with him because he wants something better every day, at least 0.00001 percent, but something has to be happening, I have never seen such a mentality in my life.”

After winning the Rome title, Djokovic insisted Nadal was still the favorite for the French Open title.

He explained: “Well, as I said, you know, it’s Nadal. Even though he lost this week, I still think, you know, a lot of people will agree, he’s the No. 1 favourite and, you know, the record that he has there, the history of his results, you just can’t put anybody in front of him.” 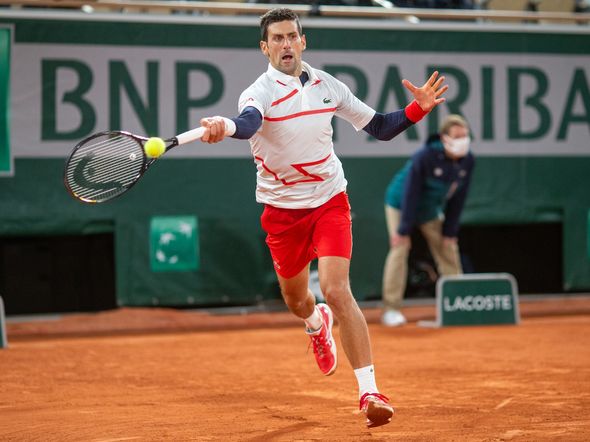 “Obviously he was thinking a little bit about the US Open to me because his opponent was the same guy when he got defaulted, that was a little bit in his head,” McEnroe said on Eurosport.

“We’ve talked throughout the tournament about how cold it is there, so that’s an issue. You could see that it appeared to be bothering him, the arm, his neck.

“The other part of it is the pressure. He’s trying to catch Rafa and Roger so he’s obviously put a lot of pressure on himself. To me, the outcome was never in doubt unless he literally stopped playing.

“We’ve seen these shenanigans a bit before from Novak, there was a period of time for a year and a half or two years where he sort of went off the rails and had issues mentally and physically.

“But now when I see it, I think he can overcome it like he did today. These conditions are rough and they’re playing best of five sets. You’re going to have aches and pains.”

Nadal, Djokovic arrive in Australia ahead of ATP Cup