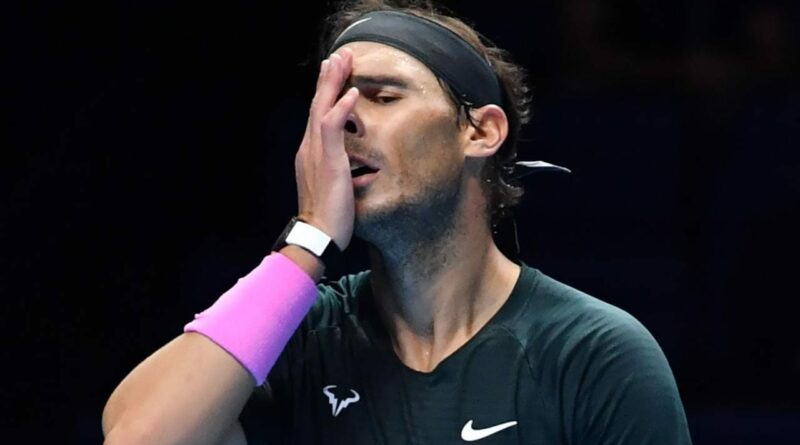 Rafael Nadal has spoken publicly for the first time during his hotel quarantine in Adelaide to take a thinly-veiled potshot at World No. 1 Novak Djokovic.

The Spaniard is completing his 14 days in hotel lockdown in Adelaide alongside Djokovic ahead of their return to competitive tennis at the Day at the Drive exhibition event at Memorial Drive.

The hotel quarantine program for the world’s best tennis players has caused furore ever since 72 players were forced into a hard lockdown as a result of being considered close contacts of passengers that recorded a positive COVID-19 test upon arrival in Australia.

Within the rumblings of last week’s saga, Nadal was criticised by ATP colleagues for failing to speak out in favour of better accommodation conditions for players.

Spaniard Guido Pella took a shot at Nadal last week, saying: “Djokovic’s balcony is bigger than my room. But at least he said something.

It came after Djokovic made a very public list of changes he wanted to see introduced to relax restrictions on the players in Melbourne unable to leave their rooms.

Australian Open boss Craig Tiley has made no apology for the special treatment received by Nadal and Djokovic in Adelaide, but the King of Clay has now revealed his hotel room in Adelaide actually looks smaller than some of the facilities enjoyed by players in Melbourne.

It came as Nadal appeared to deliver a blunt critique of Djokovic’s ugly, public war of words in which he was forced to explain a list of so-called demands made to tennis officials.

“We all try to help each other,” Nadal told ESPN.

“Some need to make public all they do to try to help others, while some of us do it privately without publishing our calls or making propaganda with it.”

Nadal has been allowed five hours per day of time outside his room, including two hours of practice on the Memorial Drive court. Despite this advantage, he explains why his colleagues stuck in Melbourne have no reason to be jealous of his situation.

“It is understandable, respectable. Where is the line of privileges? I have a different view,” Nadal said.

“I have not heard any Melbourne players complain that they have a better room or about those who have been confined without being able to train.

Rafael Nadal is ready for the Aussie Open on February.Source:News Corp Australia

“I have not seen those who complain so much about our conditions in Adelaide say, ‘Why are there not equal conditions, now we will all go without training’.

“You always look up, always complain about a disadvantageous position.”

It was reported last week grumpy players in hard lockdown had launched a “revolt” against their less luxurious conditions, compared to those enjoyed by Djokovic and Nadal.

French player Jeremy Chardy also told L’Equipe: “Already they have a lot of privileges. If they can do everything more than you, it will not be the same preparation. And that’s weird for a sport where we’re all supposed to be on the same footing.”

Nadal and Djokovic will first face each other in the ATP Cup, beginning February 1, before the Australia Open begins on February 8.