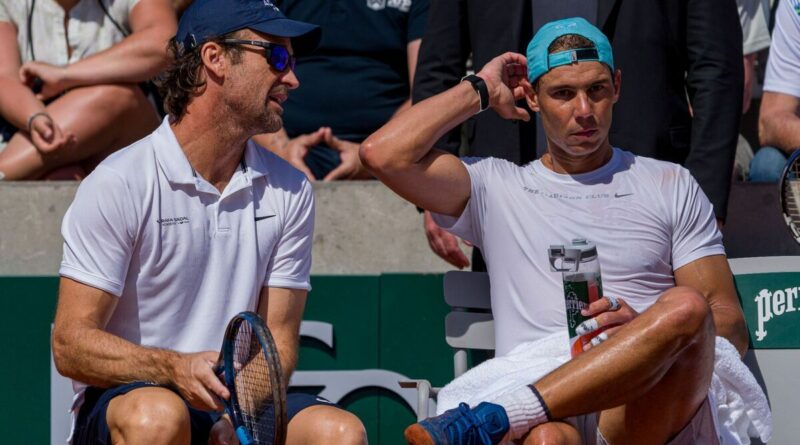 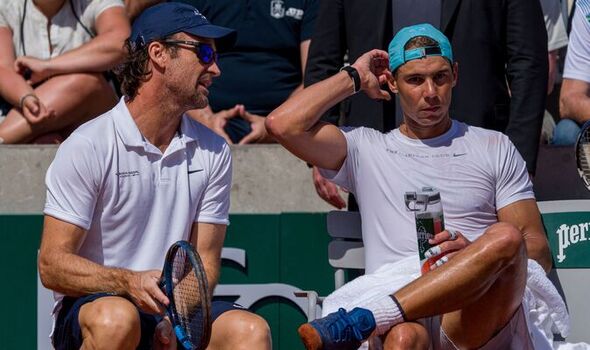 Rafael Nadal’s coach has issued a positive injury update as the world No 5 bids to reach another French Open final. The 36-year-old has been struggling with a chronic foot injury but Carlos Moya claimed his foot would “last” until the tournament was over. And the retired former world No 1 also gave his verdict on Nadal’s future after the Spaniard confessed this could be his “last Roland Garros”.

Nadal is facing third seed Alexander Zverev on his 36th birthday in a bid to reach his 14th French Open final. The 13-time champion in Paris downed his long-time rival Novak Djokovic in the previous round and is two matches away from extending his record to 22 overall Grand Slam titles and 14 French Opens.

The Spaniard has been struggling with a chronic foot injury that made him limp out of the recent Roma Masters and left him in doubt for the tournament, and has since seen him admit it could be his last time ever playing the French Open. But his coach and former French Open champion Moya has now given a positive update on the world No 5’s physical condition.

“I have no doubt that the foot will last until the end of the tournament,” the 45-year-old claimed. “At the moment, that’s how it is. These great players depend a lot on the demand to which they are subjected. And sometimes they respond, almost always, and sometimes they don’t, but what has led him to this is that he has given his best in the moments that matter.”

JUST IN: Kyrgios keen to fight Tomic in boxing match as war of words continues

The 1998 champion in Paris said Nadal was “physically very well” and admitted that it had come as a surprise to the team, despite the 36-year-old travelling with his doctor to help him pull up after matches. “That yes, perhaps it surprises us a little more than his tennis level,” Moya added.

And the retired Spaniard also admitted that he didn’t think fans were seeing the last of Nadal at his most successful tournament, dispelling any retirement fears. He explained: “At certain times it is normal that he can think about what he has said. But I already said that I doubted that Djokovic’s would be his last match at Roland Garros, and I have not been wrong. We hope to return here for more years.”

For now, Nadal’s focus is firmly on his next match against the German and Moya thought his charge would have another tough opponent on his hands. “Despite his ups and downs, he’s always there and he’s a born competitor, he doesn’t shrink,” he said of Zverev.

“We’re talking about a player who can come out of here being number one in the world.”

Cameron Norrie’s turbulent rise from ‘not enjoying tennis’ to British No.1