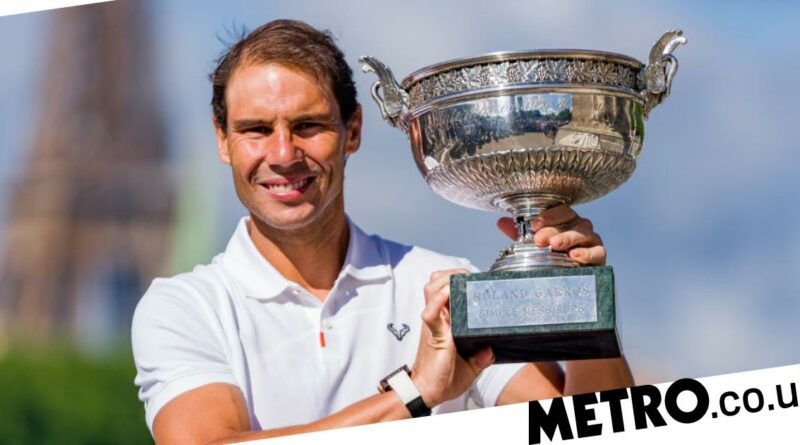 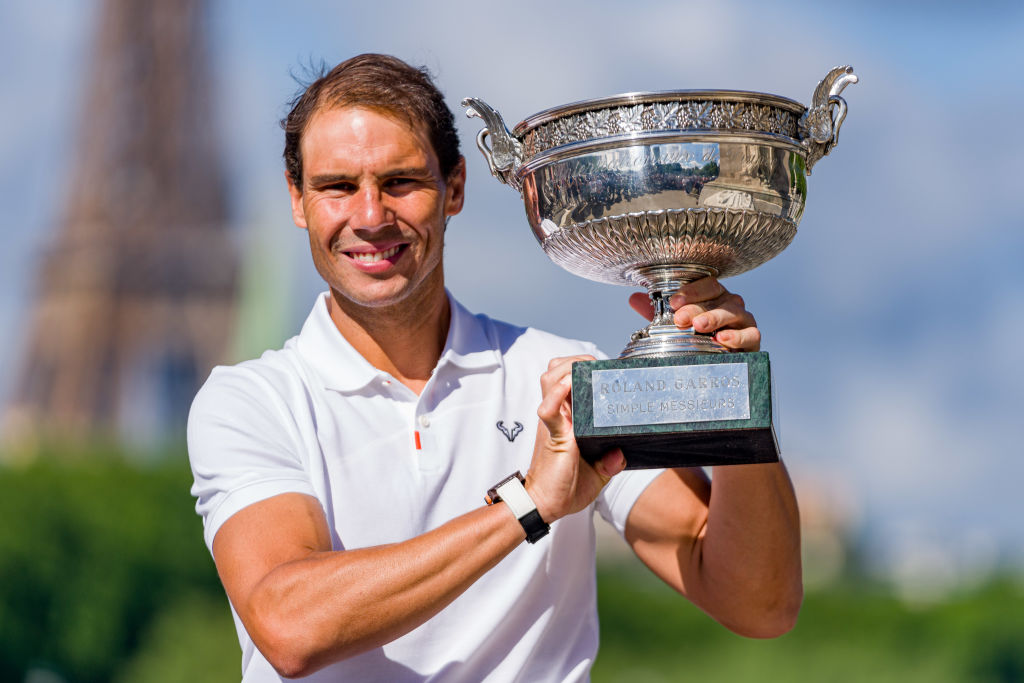 Rafael Nadal is set to play at Wimbledon this year as he chases the calendar Grand Slam.

The Spaniard, 36, won the French Open earlier this month to move two Slams ahead of rivals Novak Djokovic and Roger Federer.

Victory at Roland Garros followed triumph at the Australian Open in January which has put him on course to take a clean sweep of tennis’ four major tournaments in the same year.

In Paris, Nadal complained of pain in his foot and needed injections just to play the matches. His injury sparked rumours he would skip Wimbledon to focus on his recovery.

However, speaking about Nadal’s chances of playing at SW19, his uncle Toni said: ‘Yes, Rafael will play in Wimbledon. I talked to him. At first he said: “Everything hurts.” But when we spoke yesterday, he said it was much better.

‘He wants to train. And if he has a little chance, he will play at Wimbledon. He goes on the court on Monday.’

Nadal has not featured at Wimbledon since 2019, when he lost to Federer in the semi-finals.

Meanwhile, he has not won the tournament since 2010 when he beat Tomas Berdych in the final in straight sets.

The last male player to secure tennis’ calendar Slam was the Australian Rod Laver in 1969.

That Nadal heads to the All England Club looking to emanate the legend’s achievement is surprising considering he limped through the clay warm-up events.

The two-time Wimbledon champion has been told he could need an operation to properly treat his foot but his uncle Toni says Nadal is reluctant to end his career.