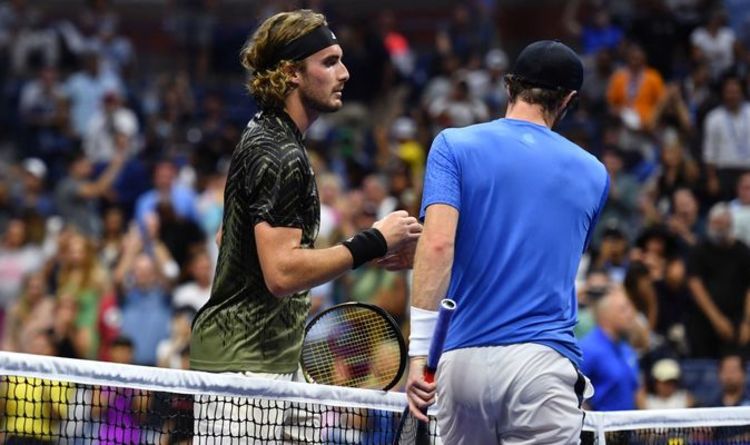 Reilly Opelka is the latest player to weigh in on the toilet break debate following Andy Murray and Stefanos Tsitsipas’ fiery first-round match at the US Open. The Brit accused the third seed of “cheating” as he disrupted momentum by taking a lengthy bathroom break ahead of the fifth and final set of their clash. The American has now backed Tsitsipas and explained why the breaks are necessary in Flushing Meadows.

Opelka has slammed the ongoing debate around toilet breaks, branding it “ridiculous”.

The off-court breaks have been the talk of the tennis world after a dramatic first-round clash between Andy Murray and Stefanos Tsitsipas, which saw the former world No 1 accuse the Greek of “cheating” when he took an eight-minute bathroom break at the conclusion of the fourth set in their match.

The Brit said the prolonged pause had influenced the outcome of the match, and admitted he “lost respect” for his opponent following his five set defeat on Monday (August 30).

JUST IN: Top seed Barty powers into US Open second round but not without drama

“I think it’s ridiculous. I understand it’s getting press because tennis is lame and tennis media sucks and they’re terrible,” he said.

The American also believes bathroom breaks are essential in the US Open, thanks to the hot and humid conditions in New York at this time of year.

He said: “We’re drinking, we’re hydrating a lot, we have to use the bathroom.”

Opelka also admitted that bathroom breaks are a lengthy process, even before including the walk to and from the court.

“To change my socks, shoes, my inserts in my shoes, shorts, shirt, everything, the whole nine yards, hat, it takes five, six minutes.”

“In this heat. It’s physical, our sport is. My shoes are dripping, they’re leaking sweat.”

During Murray and Tsitsipas’ first-round encounter, the 2012 champion told ATP Tour Supervisor Gerry Armstrong, who was sat court-side, that he had “never” taken as long as the Greek during a bathroom break.

Speaking after the match, the 34-year-old said he had no issue with his opponent taking a bathroom break but was unhappy with the length of time it took.

“It’s not so much leaving the court. It’s the amount of time,” he explained.

The three-time Grand Slam champion also said he would have had the same stance even if he won the match, adding: “It’s just disappointing because I feel it influenced the outcome of the match.

“I’m not saying I necessarily win that match, for sure, but it had an influence on what was happening after those breaks.” 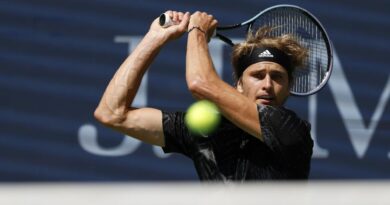 How Olympic momentum is powering Alexander Zverev and Belinda Bencic

Grigor Dimitrov still battling against coronavirus one month on