Roger Federer has asked his fans to adhere to the rules set out by health officials to deal with the deadly coronavirus pandemic. Federer is currently at home in the Swiss mountains with his family recovering from knee surgery in February.

The 38-year-old planned to make his return in June for the grass-court season.

However, that timeline is in doubt after the ATP suspended tennis due to the coronavirus outbreak, leading to the cancellation of several tournaments.

So far no tennis player on the ATP and WTA Tour has tested positive for the virus.

In Switzerland, the death toll on Friday rose to 43 as officials feared a shortage of tests were being done. 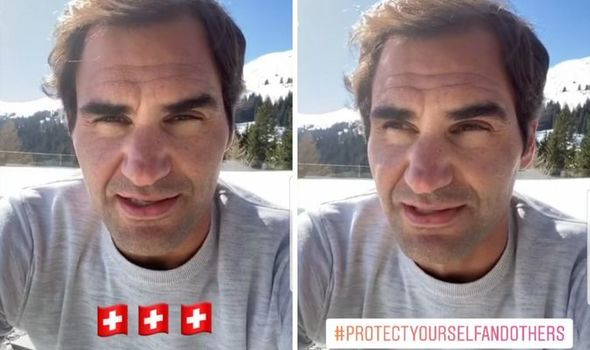 Over 4,800 people have so far tested positive for the virus and Swiss Health Minister Alain Berset has said hospitals were “reaching the limits of their capacity”.

And in a bid to encourage people to follow the guidelines issued by health experts, Federer has taken to Instagram and urged people to take the concerns seriously.

He said: “I’m also staying home and I haven’t been shaking anybody’s hands for quite some time now.

“Obviously, I wash my hands very frequently as we’re supposed to. I believe helping each other is more important now than ever. Especially because we want to help the older generation. 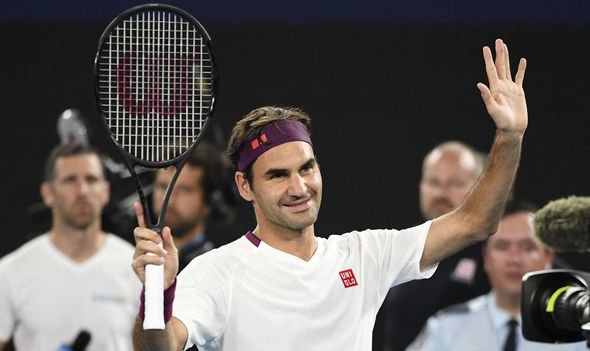 “They’re the ones at highest risk and we need to help them by keeping a distance of two metres and not shake hands.

“Eventually, we could all be in quarantine and not be able to leave the house anymore so I really hope all of us take it very seriously.”

Federer is yet to comment on the decision by the French Tennis Federation to move the French Open into the same spot in the calendar as his Laver Cup.

Rafael Nadal will almost certainly be forced to skip the exhibition to ensure he plays in Paris, where he is aiming for a record-extending 13th title.

But Swiss Fed Cup captain Heinz Guenthardt believes Federer will be a loser in the battle between the competitions.

He told Swiss publication Tages Anzeiger: “If you had the choice as a tennis fan: Laver Cup or Roland Garros, which would you choose?

“In Paris, 128 men and 128 women play in the main field alone, plus qualifications and doubles.

“There are about a dozen players at the Laver Cup. The ATP is a player association, it must act accordingly. Especially because the players in the lower ranks are now dependent on the money of the French Open.” 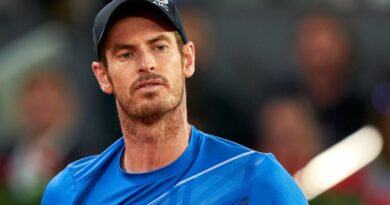 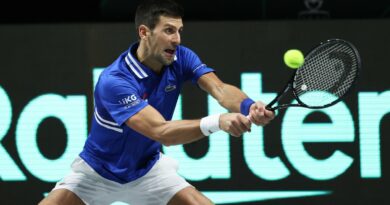 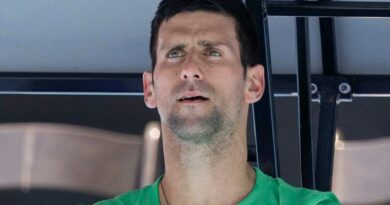