Roger Federer is set to become the first living person from Switzerland to be celebrated on a coin in the country. With 20 Grand Slams, countless records and philanthropic work, Federer is one of Switzerland’s greatest ambassadors. And in honour of his achievements, Swissmint will release a 20 Swiss francs silver coin in January to celebrate him.

“Roger Federer’s sporting achievements, his charitable commitments, his easy-going nature and his accessibility to his fans have prompted Swissmint to dedicate this 20-franc silver coin to him – the first time it has done so with a living person,” a Swissmint spokesperson told Reuters.

55,000 coins, which feature Federer lining up to hit a backhand, will be available for pre-order from December 3 until December 19.

In May, Swissmint will also issue a 50 franc gold coin featuring a different design to mark Federer’s career.

Federer tweeted: “Thank you Switzerland and Swissmint for this incredible honour and privilege.” 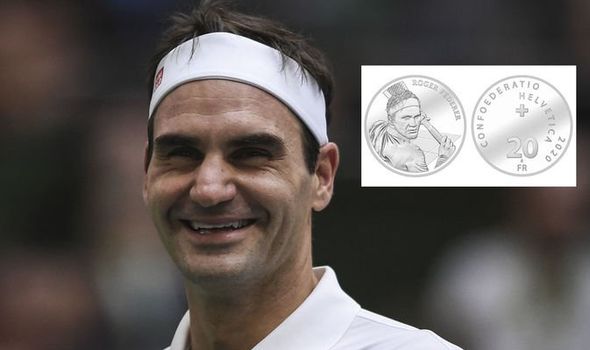 With demand expected to be high, Swissmint said another 40,000 coins could be issued in May.

This year’s commemorative Swiss coins included the 50th anniversary of the moon landings, the Furka Pass and the roe deer.

The most recent sports-themed commemorative coin came out in 2015 and celebrated Hornussen – a traditional Swiss sport played by farmers involving a puck and a stick.

Federer is currently on his off-season break after a long season which saw him win four titles but miss out on a record ninth Wimbledon crown. 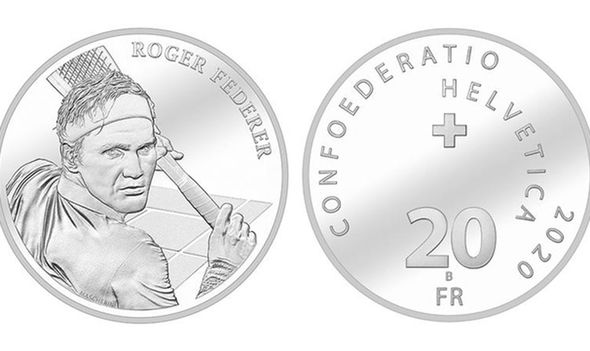 But fellow Swiss Martina Hingis has backed Federer to bounce back from the disappointment at SW19 in 2020.

“He must still think about it sometimes, I would. Probably.

“No, he’s had his revenge kind of now, he still sort of knows he can maybe beat him.

“Sometimes that mentally helps. But I think he’s still one of the favourites, especially at Wimbledon I would say.

“He played so well those last three games until 40-15 up on serve. He hit three winners on his serve and the fourth one just didn’t come.

“Novak is just not going to go away, right? Maybe somebody else under pressure would miss that cross-court winner passing shot but he didn’t. So I don’t know.

“Sometimes it’s just brutal. Tennis as a sport can be very mean and brutal.”